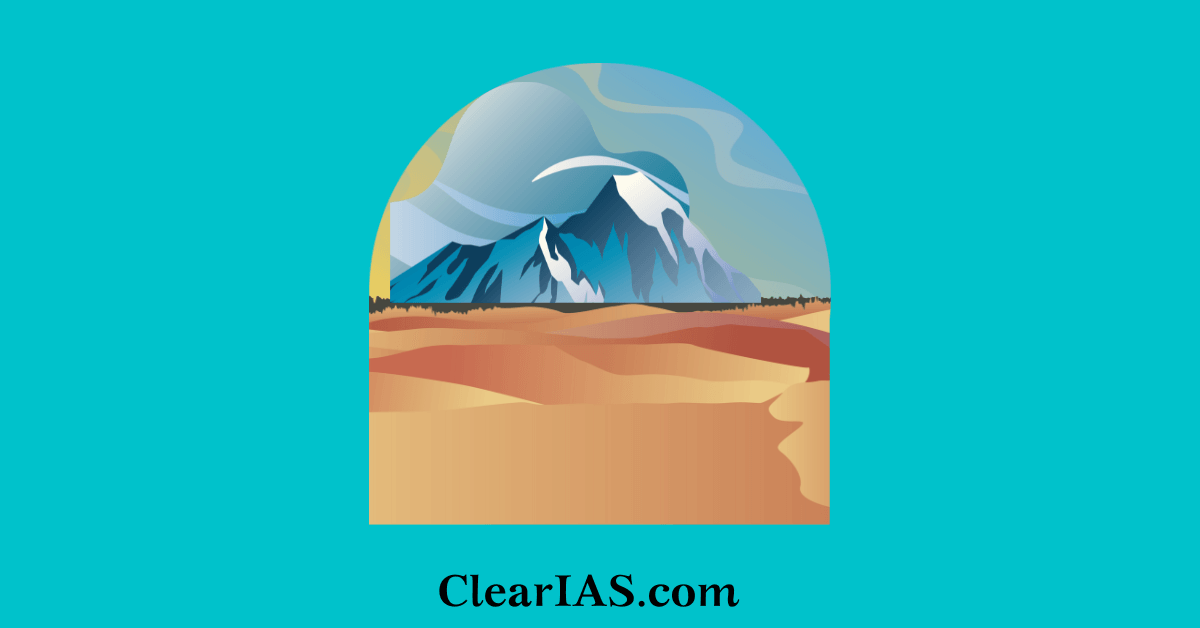 What are Cold Deserts? What are the characteristics and challenges of the cold desert? Read here to know more.

In cold desert regions in India, the expanse of deserts appears to be growing because of deglaciation or progressive melting of glaciers due to climate change”, experts have warned.

In order to understand different aspects of this phenomenon, more in-depth research studies are needed and local communities should be encouraged to take up adaptation measures.

What are Cold deserts? The distribution of cold deserts is depicted on the map. Some of them are

It can be challenging to try to stop desertification in some situations. Research and technological developments that push the boundaries of what we currently know is required under certain circumstances. We might discover more strategies to avert the devastation it brings about, thanks to advancements.

The worrying trend is the increase in desertification and expansion of both types of deserts. Natural causes for desert formation have been from times immemorial, it is the anthropogenic causes that are a cause of concern. The plan of action to combat desertification needs to be in line with the UN Convention to Combat Desertification (UNCCD).