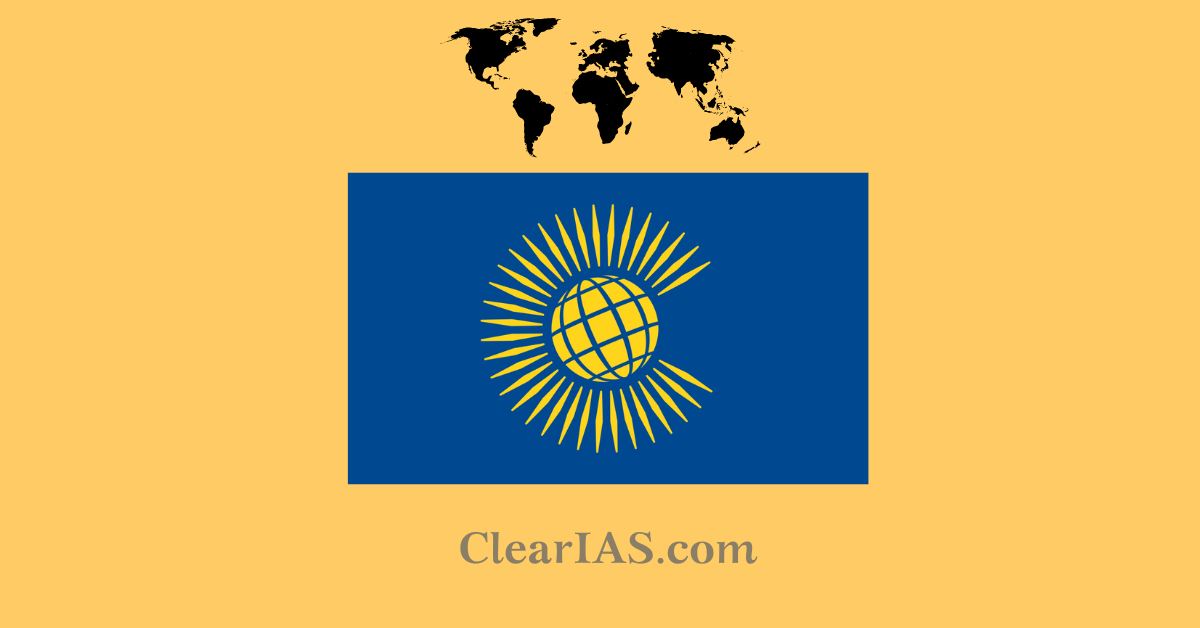 What is the Commonwealth of nations? What is the history of the association? What is India’s relation with it? Read to know more.

Barbados has elected its first-ever president to replace Britain’s Queen Elizabeth as head of state in a decisive step toward shedding the Caribbean island’s colonial past.

What is the Commonwealth of Nations?

The Commonwealth of Nations is a loose association of 54 independent sovereign states and dependencies, most of which are former colonies of the United Kingdom.

The British Monarch remains the head of the association hence the Queen of the United Kingdom- Elizabeth II is given the title of Head of the Commonwealth.

This title doesn’t hold any political power over its member countries. Usually, countries with any constitutional link to the United Kingdom are given membership, but Rwanda and Mozambique do not have historical ties to Britain yet they have been given membership.

History of the commonwealth:

The Commonwealth has its roots in the imperial conferences of the late 19th and early 20th centuries when some of the colonies within the British Empire began to acquire greater autonomy.

The modern form of the association took shape after the independence of India and Pakistan in 1947.

What are a republic, monarchy, and dominion?

Benefits of being in the Commonwealth:

As the ‘Brexit’ from European Union got finalized, the United Kingdom has hopes that its Commonwealth partners can help boost trade in the coming times. The association’s fast-growing economies, bolstered by a common history and shared language, offer an ideal platform for the UK to advance its trade agenda and deepen ties with like-minded countries.

Members of the Commonwealth of Nations:

All the 54 members have an equal say regardless of size or wealth. This makes sure even the smallest countries have a voice in shaping the Commonwealth. 15 countries have Queen as the head of state.