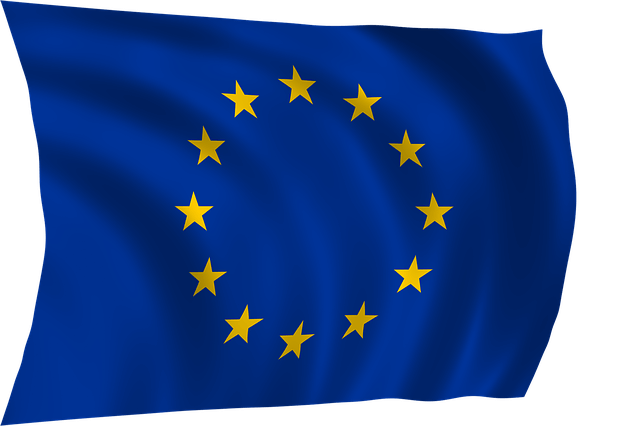 Will the European Union become the next superpower?

The European Union (EU) is an economic and political union of 28 member states that are located primarily in Europe. European Union has launched a single European currency – the Euro.

The capital of the European Union is Brussels, Belgium.

The significance of the European Union 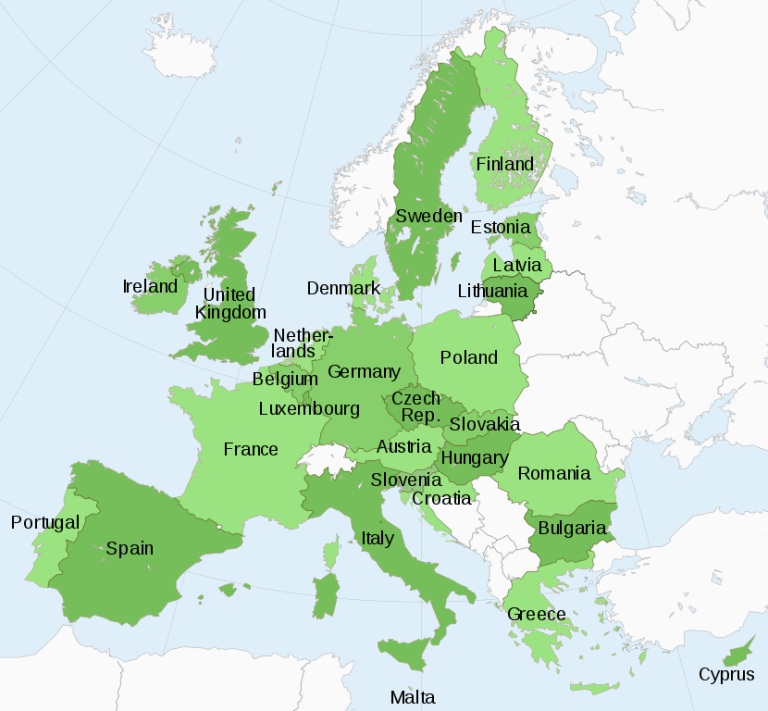 The main significance of the European Union is that it is a political union as well.

Have you ever heard of an Asian Union?

There is no union of Asian nations yet – only small regional groupings like ASEAN, SAARC, etc exist. Those are not political either.

There is an African Union. However, it does not have the political character of the European Union.

At a time when nations go behind narrow nationalism, European Union is broad thinking. Imagine the difference it can create when individual nations like Germany, France, Italy, Spain etc being ready to work under a common Parliament (and a common Constitution, if attempts succeed). 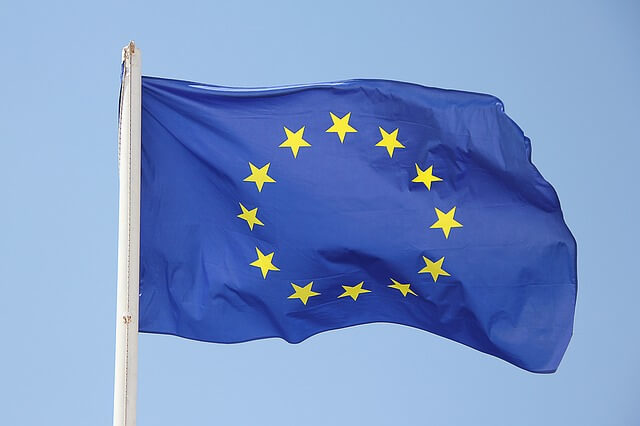 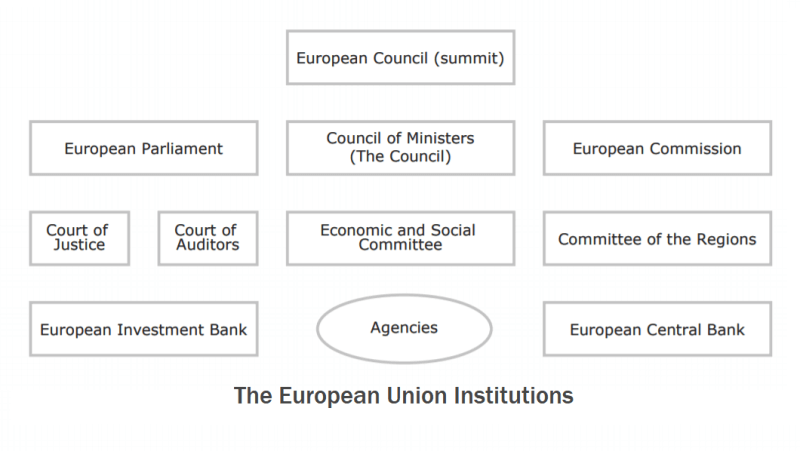 The EU is run by five main bodies: European Parliament, Council of the Union, European Commission, Court of Justice, and the Court of Auditors.

History of the European Union – From economic to political union 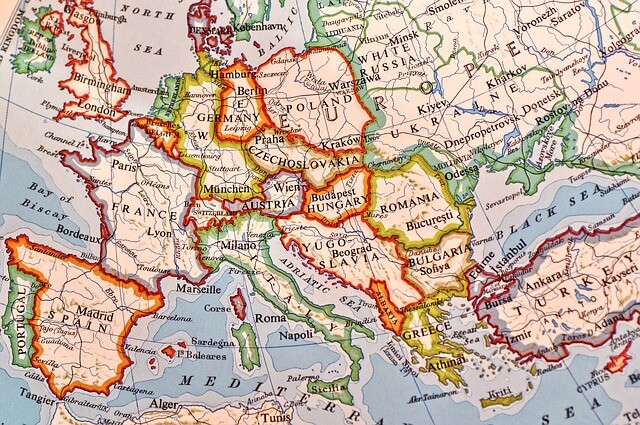 Europe was a united entity during the era of the Rome Empire. However, it got disintegrated into smaller units later. The situation changed when the rise of nationalism led to the unification of countries in the 1870s (eg: unification of Germany, the unification of Italy etc). Nonetheless, this was not without conflicts.

Conflicts and rivalry between European counties created many wars – including World War I (1914-18) and World War II (1939-45). Europe then recognised that too much nationalism is also dangerous.

The first steps were to foster economic cooperation: the idea being that countries that trade with one another become economically interdependent and so more likely to avoid conflict.

The result was the European Economic Community (EEC) created in 1958. It increased the economic cooperation between six countries: Belgium, Germany, France, Italy, Luxembourg and the Netherlands.

Since then, 22 other members joined to create a huge single market (also known as the ‘internal’ market). It continues to develop towards its full potential, under a new banner – European Union (since 1993).

The process acquired a political dimension with the creation of the European Parliament.

What began as a purely economic union has evolved into an organization spanning policy areas, from climate, environment and health to external relations and security, justice and migration.

Will the European Union be the next Super Power? 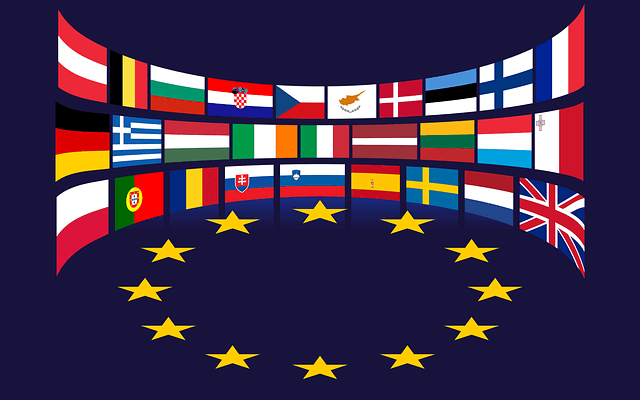 The European Union (EU) has been called an emerging superpower by scholars and academics like T. R. Reid, Andrew Reding, Andrew Moravcsik etc and some politicians like Romano Prodi and Tony Blair.

The EU has an economic, political, diplomatic, and military influence.

The EU is the worlds biggest economy with GDP larger than that of the United States.

Its currency, the euro, can pose a threat to the dominance of the US dollar.

Its share of world trade is three times larger than that of the United States allowing it to be more assertive in trade disputes with the US and China.

Its economic power gives it influence over its closest neighbours as well as in Asia and Africa.

It also functions as an important bloc in international economic organisations such as the World Trade Organisation (WTO).

Political and Diplomatic Powers of EU:

Two members of the EU, Britain and France, hold permanent seats on the UN Security Council. The EU includes several non-permanent members of the UNSC. This has enabled the EU to influence some US policies such as the current US position on Iran’s nuclear programme.

Its use of diplomacy, economic investments, and negotiations rather than coercion and military force have been effective as in the case of its dialogue with China on human rights and environmental degradation.

Militarily, the EU’s combined armed forces are the second largest in the world.

It’s total spending on defence is second after the US.

It is also the world’s second most important source of space and communications technology.

Contrary Views – Why the European Union may not emerge as a superpower? 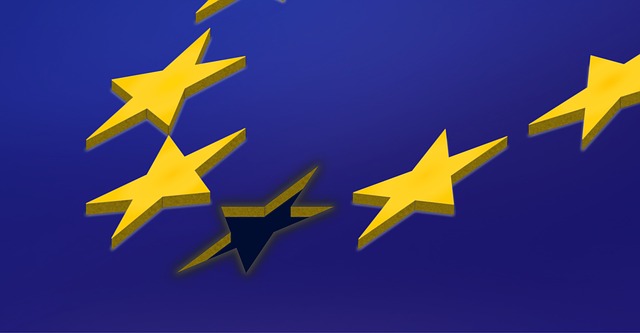 Some do not believe that the EU will achieve superpower status. They cite the following reasons:

No Hard Power: European Union does not have enough hard power (it lack a strong European military). With just soft power, it is not easy to emerge as a superpower.

Lack of unified foreign policy: EU also lacks a unified EU foreign policy. In many areas, its member states have their own foreign relations and defence policies that are often at odds with each other. For example, the UK was America’s partner in the Iraq invasion,  whereas Germany and France opposed American policy.

Euro Crisis: The EU and the European Central Bank (ECB) have struggled with high sovereign debt and collapsing growth in Portugal, Ireland, Greece and Spain since the global financial market collapse of 2008.

Euroskepticism: There is also a deep-seated ‘Euroskepticism’ in some parts of Europe about the EU’s
integrationist agenda. Not every country in the EU adopted the common European currency Euro. This limits the ability of the EU to act in matters of foreign relations and defence.

Brexit: The UK, even earlier, prefered to be out of the European Market, now She left the EU (Brexit).