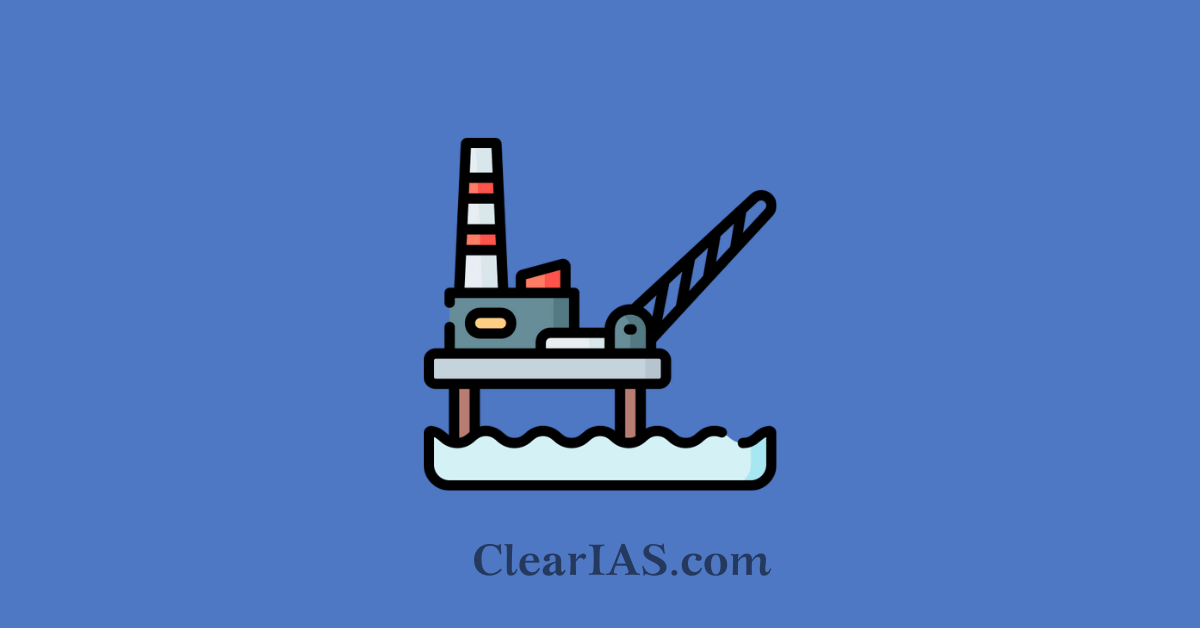 Deep Sea Mining is a growing industrial field that involves extracting submerged minerals and deposits from the sea floor. There are interests both for and against seabed mining, however, the science around the environmental impact of deep sea mining is incomplete and unproven. Read here to know more about Deep Sea mining.

There is a new interest to explore Deep Sea Mining, which requires intensive, destructive processes to retrieve deposits laid down over thousands of years around underwater hot springs or hydrothermal vents in the ocean.

Under the United Nations Convention on the Law of the Sea (UNCLOS), the Area and its mineral resources are the common heritage of humankind.

This means they must be managed on behalf of and in the interests of all humanity including through- the sharing of economic benefits; support for marine scientific research; and the effective protection of the marine environment.

Deep-sea mining is the process of retrieving mineral deposits from the deep seabed – the ocean below 200m.

Depleting terrestrial deposits and rising demand for metals mean deep-sea mining may begin soon, even though research suggests that it could destroy habitats and wipe out species.

Deep-sea mining should be halted until the criteria specified by IUCN are met, including the introduction of assessments, effective regulation, and mitigation strategies.

Comprehensive studies are needed to improve our understanding of deep-sea ecosystems and the vital services they provide to people, such as food and carbon sequestration.

The International Seabed Authority (ISA), which regulates activities in the seabed beyond national jurisdiction had issued 31 contracts to explore deep-sea mineral deposits.

Mining in international waters could commence as soon as 2026; even though vital research and work to adopt the required regulations, standards, and guidelines to manage deep-sea mining sustainably is far from complete.

There is growing interest in the mineral deposits of the seabed. This is said to be due to depleting terrestrial deposits of metals such as copper, nickel, aluminum, manganese, zinc, lithium, and cobalt.

Demand for these metals is also increasing to produce technologies like smartphones, wind turbines, solar panels, and batteries.

Deep-sea mining is a potential source of critical and other minerals that may enable new technologies, such as extended-range electric cars, lighter rechargeable batteries, and more weather-resistant wind turbines.

What are polymetallic nodules?

Polymetallic nodules were discovered at the end of the 19th century in the Kara Sea, in the Arctic Ocean off Siberia (1868). During the scientific expeditions of the H.M.S. Challenger (1872–76), they were found to occur in most oceans of the world.

Polymetallic nodules, also called manganese nodules, are rock concretions formed of concentric layers of iron and manganese hydroxides around a core. The core may be microscopically small and is sometimes completely transformed into manganese minerals by crystallization.

Research suggests deep-sea mining could severely harm marine biodiversity and ecosystems, but we still lack the knowledge and means to implement protections.

As the deep sea remains understudied and poorly understood, there are many gaps in our understanding of its biodiversity and ecosystems.

Disturbance of the seafloor

The digging and gauging of the ocean floor by machines can alter or destroy deep-sea habitats.

Deep-sea mining will stir up fine sediments on the seafloor, creating plumes of suspended particles.

At the IUCN World Conservation Congress in Marseille (September 2021), IUCN Members adopted Resolution 122 to protect deep-ocean ecosystems and biodiversity through a moratorium on deep-sea mining unless and until several conditions are met. These include:

Reliance on metals from mining can be reduced by redesigning, reusing, and recycling.

In addition, research should focus on creating more sustainable alternatives to their use because deep-sea mining could irreparably harm marine ecosystems, and limit the many benefits the deep sea provides to humanity.