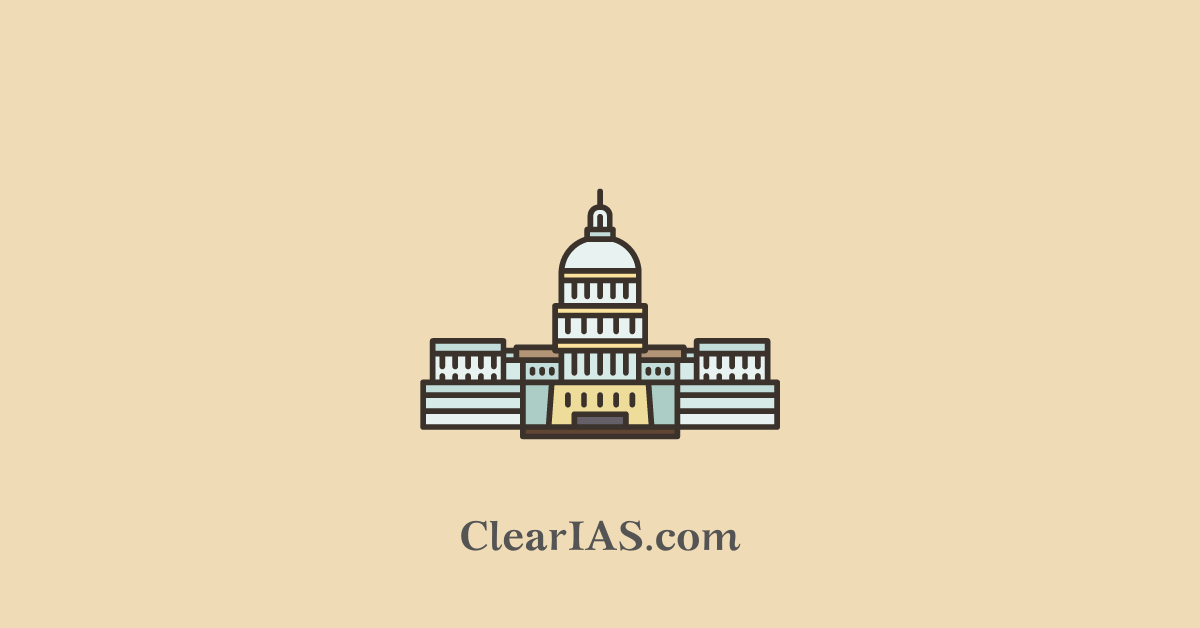 Under the terms of the Government of India Act of 1919 (Montague-Chelmsford Reforms), the speaker and deputy speaker institutions were first established in India in 1921.

In 1921, the first appointed Deputy Speaker (Deputy President) of the Central Legislative Assembly was Sachidanand Sinha.

In 1925, the first elected Speaker of the Central Legislative Assembly was Vitthalbhai J. Patel.

Similar to how the speaker is elected, the deputy speaker is also elected by the Lok Sabha from among its members. The election for the selection is conducted after the election of the Speaker.

Same as the Speaker, Deputy Speaker also remains in office during the life of Lok Sabha. However, he can vacate his office in certain cases.

Like the Speaker, while presiding over the house, Deputy Speaker cannot vote in the first instance and is only allowed to a casting vote that also just in case of a tie.

When Speaker presides over the house, the Deputy speaker is just like any other ordinary member. Where he can participate in its proceedings and vote in the first instance on any question.

The salary and allowances are fixed by the Parliament and charged to the consolidated fund of India.

Term of Office of Deputy Speaker

Usually, the Deputy Speaker remains in office during the life of Lok Sabha.

In normal circumstances, it is 5 years. He has to vacate his office immediately before the meeting of the newly-elected Lok Sabha.

The term of the office is automatically extended if the life of the Lok Sabha is extended such as in case of an Emergency.

However, he vacates his office earlier in certain circumstances like removal, resignation, or in case ceased to be a member of the house.

Deputy Speaker can vacate his office in certain circumstances i.e.,

The resolution for the removal must be passed by all the then members of the Lok Sabha. Such a resolution can be moved only after presenting 14 days’ advance notice.

The Deputy Speaker has certain responsibilities to fulfill. The most important of them are-

The office of the Deputy Speaker is not subordinate to the speaker. He is directly responsible for the house.

Deputy Speaker has one special privilege, every time a deputy speaker is appointed as a member of a parliamentary committee, he automatically assumes the chairmanship of that committee.

In case of the absence of both the Speaker and the Deputy Speaker, any member of the panel can preside over the house. While presiding they assume all the powers of the Speaker.

Here it’s important to mention that the panel of chairpersons cannot preside over the house when the office of the speaker and deputy speaker is vacant. During such a situation, President may appoint a member to perform the functions of the Speaker.

The panel holds office until a new panel of chairpersons is nominated.

As per the constitution, the Speaker of the last Lok Sabha has to vacate his office immediately before the first meeting of the newly-elected Lok Sabha. So, the president appoints a member of Lok Sabha as a Speaker Pro Tem. Normally, the senior-most member is selected as Speaker Pro Tem and the President administers his/her oath.

He presides over the first sitting of the newly-elected Lok Sabha and has the duty to administer the oath of the new members. Along with enabling the house to elect the new Speaker.

The office of Speaker Pro Tem cease to exist right after the Speaker got elected. Hence this office is temporary in nature.

The office of the Deputy Speaker is as important as the office of the Speaker. The constitution has created this office for the smooth functioning of the house. The main purpose of the house is to avoid irregularity in the proceedings in case of any vacancy or absence.