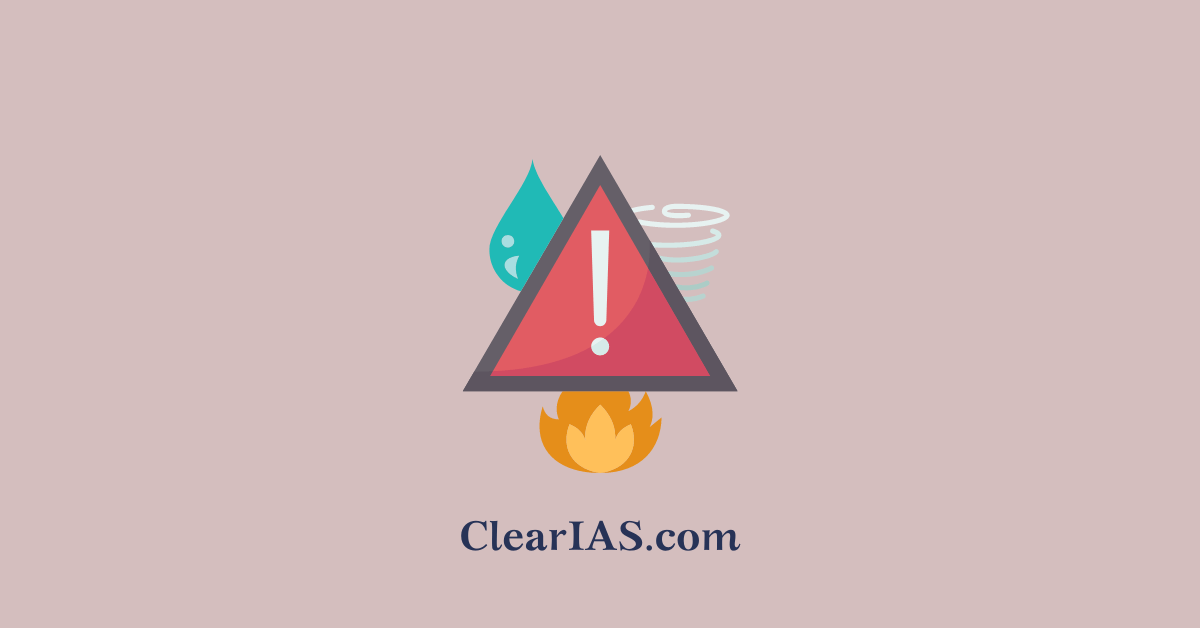 Disaster Management Act 2005 provides for the effective management of disasters in the country.

The act extends to the whole of India.

What do you understand by the term “Disaster” and “Disaster Management”?

“Disaster” refers to a catastrophe, mishap, calamity, or grave occurrence in any area that results in a significant loss of life or human suffering, damage to, and destruction of, property, damage to, or degradation of, environment.

It is of a nature or magnitude that is beyond the capacity of the community of the affected area to deal with. It may be caused by natural causes, human-made causes, accidents, or negligence.

“Disaster management” refers to the ongoing, comprehensive process of organizing, coordinating, and carrying out actions that are required for:

After the Gujarat earthquake, the government recognized the importance of Disaster Management and established a High-Power Committee in August 1999.

The function of the High-Power committee was to make recommendations on the preparation of Disaster Management plans and suggest effective mitigation mechanisms.

National Authority shall consist of the following:

National Authority shall have the responsibility for laying down the policies, plans, and guidelines for disaster management for ensuring a timely and effective response to the disaster. The National Authority may:

The National Plan includes measures to be taken for the prevention of disasters, or the mitigation of their effects, preparedness, and capacity building to effectively respond to any threatening disaster situations or disaster.

Every State Government under sub-section (1) of section 3, by notification, establishes a State Disaster Management Authority for the State.

The State Authority consists of the following members, namely:

Powers and Functions of State Authority

As per the provisions of the Act, a State Authority shall have the responsibility for laying down policies and plans for disaster management in the State. The State Authority may:

Lays down the State disaster management policy
Approves the State Plan in accordance with the guidelines laid down by the National Authority
Approves the disaster management plans prepared by the Government of the State
Lays down guidelines of the State for the purposes of integration of measures for the prevention of disasters and mitigation in their development plans and projects
Recommends provision of funds for preparedness measures
Review the measures being taken for mitigation, capacity building, and preparedness by the Government of the State and issue such guidelines as may be necessary