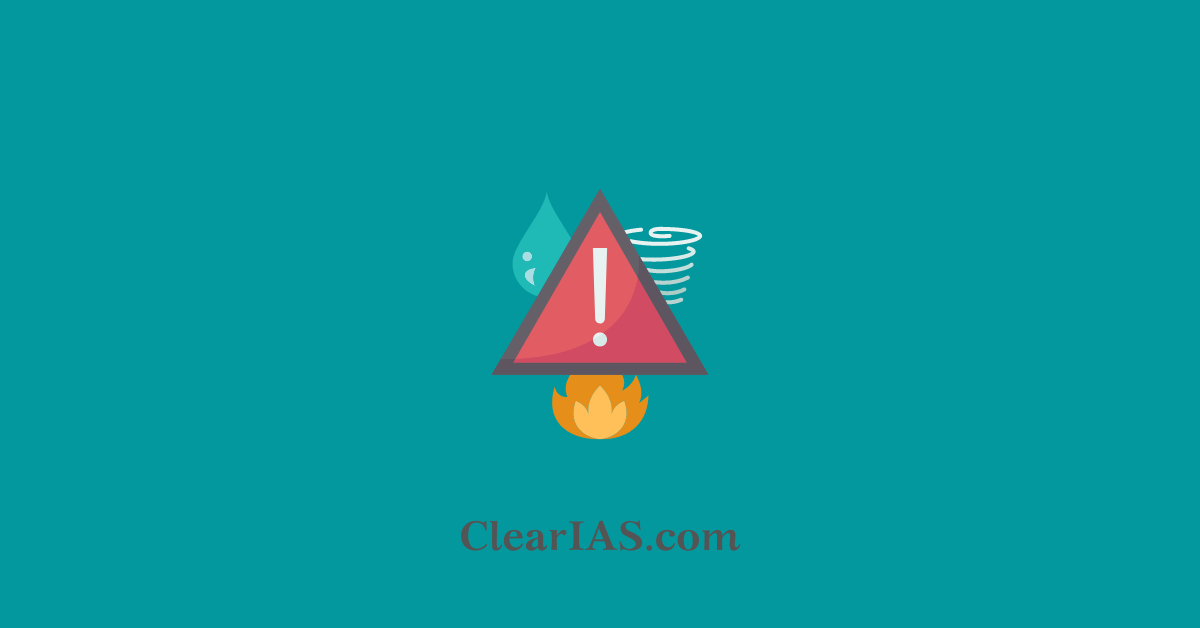 Sustainable growth is severely hampered by the human and material losses brought on by Natural Hazards and Disasters.

Lives and property can be protected by releasing precise forecasts and warnings in a simple-to-understand manner and by educating people on how to prepare for such hazards before they become disasters.

Since the beginning of civilization, man has been subject to natural hazards and disasters. However, the world has been undergoing a variety of changes, both slow and catastrophic. To investigate Natural Hazards and Disasters and strategies to deal with them in-depth, it is important to learn some basic concepts.

A natural disaster pertains to a natural phenomenon that occurs in proximity and poses a threat to people, structures, and economic assets caused by biological, geological, seismic, hydrological, or meteorological conditions or processes in the natural environment.

As per the Disaster Preparedness Training Manual, Philippine National Red Cross 1954, hazards are defined as “phenomena that pose a threat to people, structures or economic assets and which may cause a disaster. They could be either manmade or naturally occurring in our environment.”

Hazards are generally categorized according to their causes, mitigation strategies, or effects on societies. We will limit the classification of disasters to those that are based on their causes only.

Types of Hazards depending upon their causes

Hazards are classified as either natural or man-made. Socio-natural hazards are the third category of hazards that are brought on by both man and nature.

These are brought on by natural causes, and man has no control over them. The primary example of natural hazards are as follows:

These are caused by the undesirable activities of man. Such hazards include:

These are the result of a combined force of both human misconduct and natural forces.

An extreme form of hazard leads to disaster.

Disaster (French des meaning ‘bad’ and aster meaning ‘star’) is a manmade or natural event that results in widespread loss of life and property.

Thus, disaster is defined as “A serious disruption of the functioning of a society, causing widespread human, material or environmental losses which exceed the ability of the affected society to cope using its own resources.”

Disaster, according to the United Nations, is the occurrence of a sudden or significant catastrophe that impairs a society’s (or community’s) fundamental structure and daily operations.

According to the World Bank, a disaster is an extraordinary, short-lived event that significantly disrupts a nation’s economy. It is an event or a series of events that results in casualties, property damage, or a loss of essential services or sources of livelihood on a scale that is greater than what the affected communities are typically able to handle without assistance.

Hazards and disasters are closely connected and occasionally used interchangeably; a hazard is a threat, whereas a disaster is an event.

Disasters are usually classified on the basis of their origin as-

The terms like ‘earthquake-prone’, ‘drought-prone’, or ‘flood-prone’ areas are used to describe the distributional effect of the concerned hazards. People who live there are susceptible to a variety of dangers and calamities.

Thus, vulnerability is the extent to which an Individual or a community, or an area is exposed to the impact of a hazard.

According to the National Institute of Disaster Management (formerly National Centre for Disaster Management), the definition of vulnerability is defined as “the extent to which a community, structure, service, or geographic area is likely to be damaged or disturbed by the effect of particular hazards due to either nature, construction, and proximity to hazardous terrain or disaster-prone area.

Natural Hazards and Disasters in India

Because of its subcontinental dimensions, geographical situation, and behavior of the monsoon, India is exposed to various natural hazards and disasters like drought, flood, cyclones, earthquakes, etc year after year.

Four major disasters which adversely affect different parts of the country are drought, flood, cyclone, and earthquake. Only one state (West Bengal), faces all four types of disasters.

It is not uncommon to experience more than one or two types of disasters affecting different parts of the country at the same time. For example, there may be floods in the Brahmaputra Valley, drought in Rajasthan, and cyclonic storms in some coastal areas.

The most alarming aspect is how frequently and violently these hazards and disasters are occurring in various sections of the country.

Yokohama Strategy is a Plan of Action for a Safer World.

World Conference on Natural Disaster Reduction happened in the city of Yokohama from May 23rd-27th 1994.

It recognized that society as a whole has grown more vulnerable to natural catastrophes and that the effect of disasters in terms of human and financial losses has increased recently.

In order to lessen the losses caused by these disasters, the conference established the Yokohama strategy as a guide.

The resolution of the World Conference on Natural Disasters Reduction is as mentioned below: