ClearIAS » Geography Notes » Distribution of Temperature in the Earth’s Atmosphere

In the previous articles in the Geography section, we have discussed in detail about the composition and structure of the earth’s atmosphere, how and from where the earth receives its energy, how the earth maintains its temperature, methods through which the heat energy gets transferred in the atmosphere (insolation and heat balance of the earth) etc. In this article, we are going to discuss the trend of distribution of temperature in the earth’s atmosphere.

Difference between heat and temperature 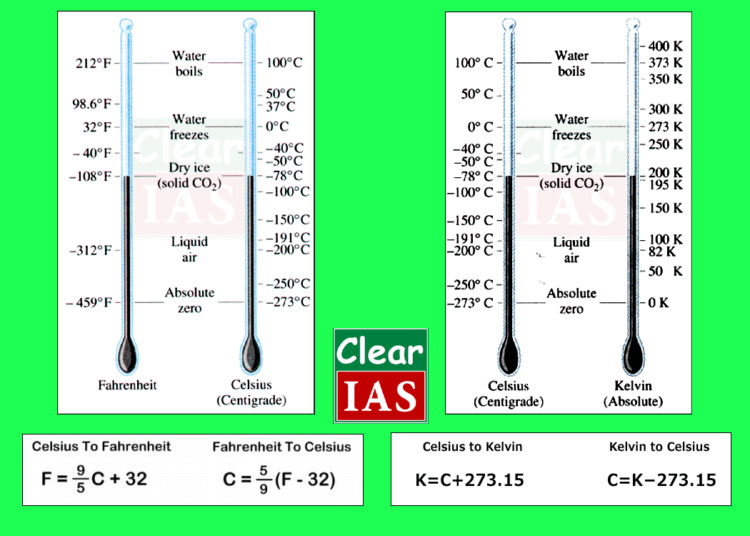 Distribution of temperature varies both horizontally and vertically. Let us study it under

A) Horizontal Distribution of Temperature

The factors responsible for the uneven horizontal distribution of temperature are: 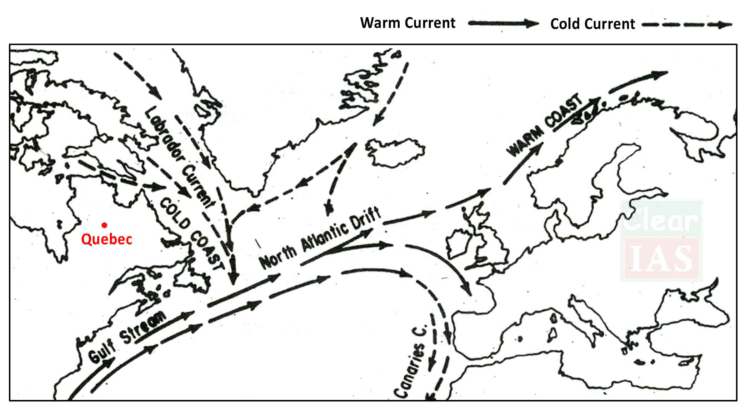 Note: Along with these, the other factors which are responsible for the uneven horizontal distribution of temperature are winds, nature of the soil, slope and aspect of the surface, relief features, etc.

Horizontal Distribution of Temperature in January

Horizontal Distribution of Temperature in July

B) Vertical Distribution of Temperature