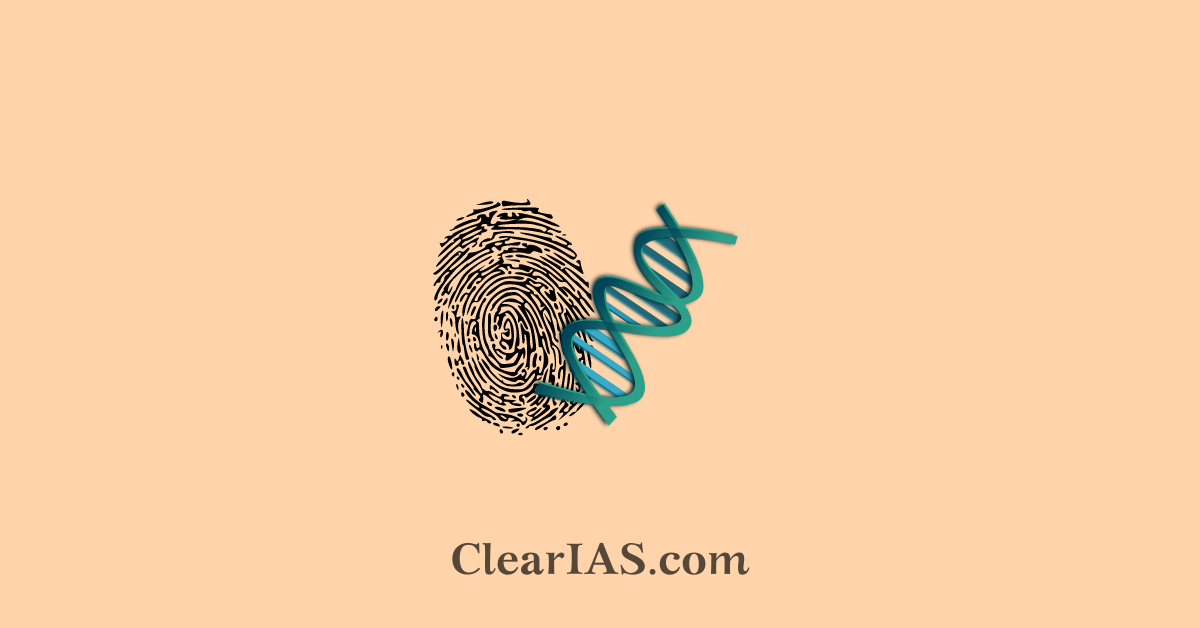 DNA fingerprinting is a chemical test that shows the genetic makeup of a person or other living things. It’s used as evidence in courts, to identify bodies, track down blood relatives, and look for cures for diseases. Read here to learn the significance of DNA fingerprinting.

Since the development of fingerprinting a century ago, one of the greatest technological advances in criminal investigation has been DNA analysis.

When DNA profiling is carried out properly, the results are extremely replicable, conclusive, and able to establish a relationship between the crime and the guilty party.

When DNA testing is done properly, the results are highly replicable and convincing enough to establish the suspect’s guilt or innocence beyond a reasonable doubt.

DNA fingerprinting is a laboratory technique used to determine the probable identity of a person based on the nucleotide sequences of certain regions of human DNA that are unique to individuals.

The nucleotide sequences of specific human DNA segments, known as repetitive DNA, which are specific to each person, are used as the basis for the laboratory procedure known as DNA fingerprinting to ascertain a person’s probable identification.

DNA fingerprinting was invented in 1984 by Professor Sir Alec Jeffreys after he realized you could detect variations in human DNA, in the form of minisatellites.

Lalji Singh is the father of DNA fingerprinting in India.

DNA is short for deoxyribonucleic acid, which is inside of every cell in your body. It’s a chain of chemical compounds that join together to form permanent blueprints for life.

The complete set of your compounds is known as a genome.

How is DNA fingerprinting done?

DNA fingerprinting uses chemicals to separate strands of DNA and reveal the unique parts of your genome.

The results show up as a pattern of stripes that can be matched against other samples.

To get your DNA fingerprint, you would give a sample of cells from your body.

It is mostly used in court cases and legal matters related to crime or disputes. It can be used to:

DNA profiles are very useful in forensics because only a tiny sample of human material left behind after a crime may be sufficient to identify someone.

The UK was the first country to set up a national database of DNA profiles in 1995.

The Centre for DNA Fingerprinting and Diagnostics (CDFD) is an Indian biotechnology research center, located in Hyderabad, India, operated by the Department of Biotechnology, Ministry of Science and Technology, Government of India.

The Constitution under Article 51A(h) and (j) casts a duty upon the citizens to develop scientific temper, humanism, and the spirit of Inquiry and reform to strive towards excellence in individual and collective activity, and thereby the parliament can legitimately undertake and promote technical and scientific methods to expedite the criminal justice system as provided under the union list.

Section 9 of the Indian Evidence Act, of 1872 act deals with ‘facts necessary to explain or introduce a fact in issue or relevant fact’.

In special cases, such as Rape, the CrPC vide Section 53-A has provided that an accused of rape can be examined by a medical practitioner, which may include the collection of bodily substances from the accused for DNA fingerprinting.