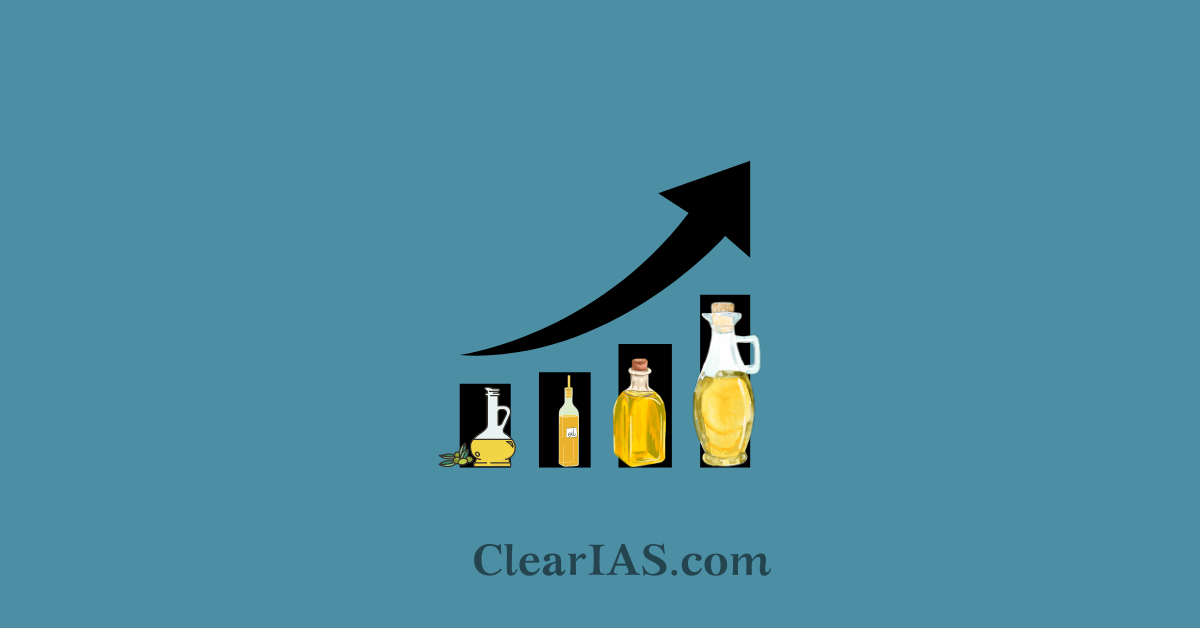 Oilseeds and edible oils are two of the most sensitive essential commodities. Increased demand from several applications and rising consumer demand for high-quality cooking and edible oils are driving the global market for cooking oils. Read here to know more about the edible oil economy.

India is one of the largest producers of oilseeds in the world and this sector occupies an important position in the agricultural economy.

India accounts for the estimated production of 36.56 million tons of nine cultivated oilseeds during the year 2020-21(November-October) as per the 3rd Advance Estimates released by the Ministry of Agriculture in 2021.

By boosting the production and productivity of oilseeds and oil palm and minimizing the import of edible oils, India expects to increase the availability of these oils, reaching self-sufficiency while conserving vital foreign exchange for other necessary imports.

The global edible oil market is expected to grow by 10.28% annually for the next 5 years. And, in a global comparison, most of this revenue is generated in India.

There are two major features, which have significantly contributed to the development of this sector.

The other dominant feature has been the program of liberalization.

Types of Oils commonly in use in India

India is fortunate in having a wide range of oilseed crops grown in its different agro-climatic zones.

India is a vast country and inhabitants of several of its regions have developed a specific preference for certain oils largely depending upon the oils available in the region.

Through modern technological means such as physical refining, bleaching, and deodorization, all oils have been rendered practically colorless, odorless, and tasteless and therefore, have become easily interchangeable in the kitchen.

Oils such as soyabean oil, cottonseed oil, sunflower oil, rice bran oil, palm oil and its liquid fraction- palm olein which were earlier not known have now entered the kitchen.

The country has to rely on imports to meet the gap between demand and supply. Import of edible oils is under Open General License (OGL).

To harmonize the interests of farmers, processors, and consumers, Government reviews the duty structure of edible oils from time to time.

Yellow Revolution was launched to increase the production of Edible oilseeds in the country to meet domestic demand.

The government of India launched National Mission on Edible Oils-Oil Palm as a centrally-sponsored scheme, being implemented jointly by the central and state governments with a special focus on the northeast region and the Andaman and Nicobar Islands.

To improve and systemize the data management system in the vegetable oil sector, the Directorate of Sugar & Vegetable Oils under the Department of Food and Public Distribution has developed a web-based platform for the online submission of inputs by vegetable oil producers on monthly basis.

To achieve self-sufficiency in the production of oilseeds, the Ministry of Agriculture and Farmers Welfare has adopted a multi-pronged strategy.