ClearIAS » Current Affairs Notes » Elections to the Rajya Sabha: Know the procedure of electing a candidate to the upper house

Why Rajya Sabha or Council of States? 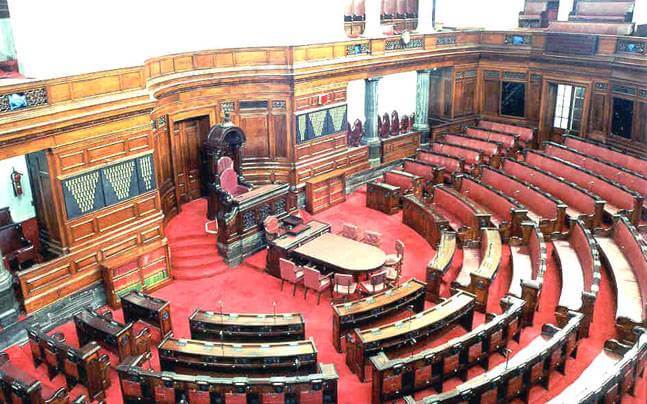 A single directly elected House was considered inadequate to meet the challenges before free India by the Constituent Assembly.  A second chamber, known as the ‘Council of States’, therefore, was created with altogether different composition and method of election from that of the directly elected House of the People.  It was meant to be the federal chamber i.e., a House elected by the elected members of Assemblies of the States and two Union Territories in which  States were not given equal representation (unlike many other federal countries).  Apart from the elected members, provision was also made for the nomination of twelve members to the House by the President.

Also read: When Does a Bill Lapse in Indian Parliament?

Allocation of Seats to Rajya Sabha

The Fourth Schedule to the Constitution provides for the allocation of seats to the States and Union Territories in Rajya Sabha.  The allocation of seats is made on the basis of the population of each State.  Consequent on the reorganization of States and formation of new States, the number of elected seats in the Rajya Sabha allotted to States and Union Territories has changed from time to time since 1952.

The representatives of the States and of the Union Territories in the Rajya Sabha are elected by the method of indirect election.  The representatives of each State and two Union territories are elected by the elected members of the Legislative Assembly of that State and by the members of the Electoral College for that Union Territory, as the case may be, in accordance with the system of proportional representation by means of the single transferable vote.

Election to Rajya Sabha: Procedure Illustrated with an Example

The Rajya Sabha seat quota for each state is fixed as per Schedule 4 of the constitution. Elections to 1/3 of these seats occur every 2 years. Let’s take an example of a state where there is Rajya Sabha election for 3 seats. Let there be only two parties in the legislative assembly. Party A has 100 seats and party B has 40 seats. Both parties can field three candidates each for the three Rajya sabha seats.

To win a Rajya Sabha seat, a candidate should get a required number of votes. That number (quotient) is found out using the below formula.

NB: Members don’t vote for each seat. If that had been the case then only the ruling party representatives would make it through. Rather, the members give preferences for each candidate (as 1, 2, 3, 4, 5 and 6). If 36 or more members choose a candidate as their first choice, he gets elected. So the Party B (opposition party in Loksabha assembly) with 40 seats can get one member elected if the members give preference for a candidate as first preference. The ruling party (Party A) on the other hand can get 2 members elected (72 votes from their 100 members).