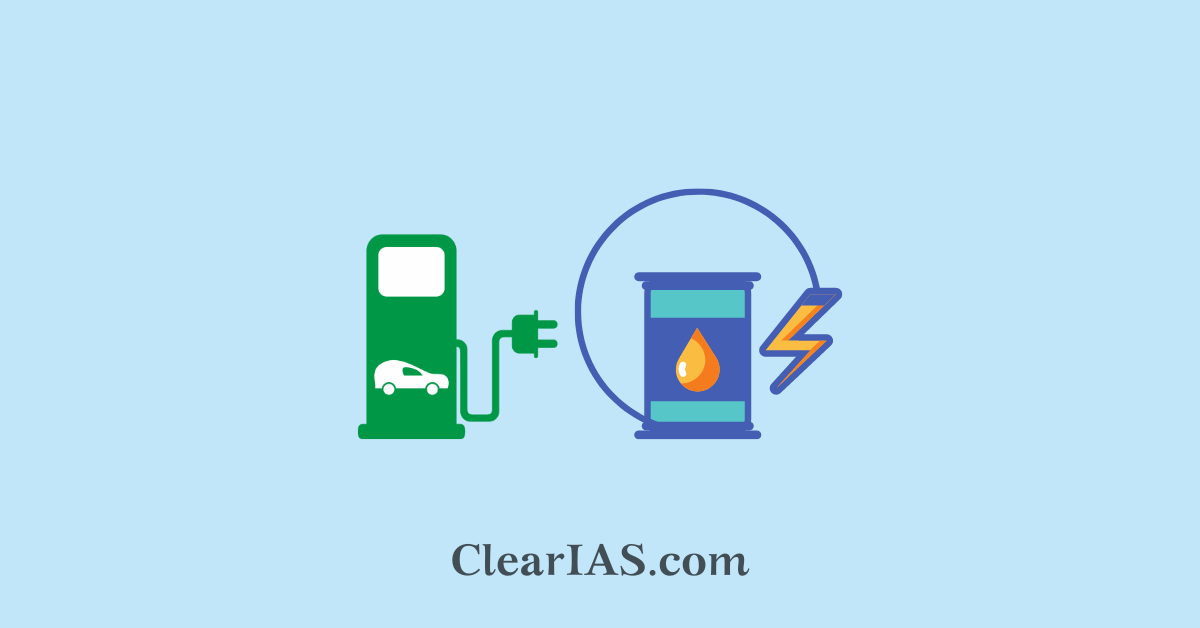 In recent years, pollution from car emissions has considerably increased. The FAME India Scheme was introduced in 2015 by the Central Government of India to minimize pollution produced by diesel and gasoline-powered vehicles and to promote electric or hybrid vehicles in the country. Read here to know more about the scheme.

The amount of different types of fuel that can be used to power large pieces of transportation equipment is limited by natural resources on earth. By supplying more advanced substitutes, such as electric and hybrid automobiles, the central government hopes to progressively replace the algorithm.

The strategy will benefit national fuel security, environmentally friendly replacements, and a developing nation’s goal of becoming a leader in the automotive industry.

The scheme aims to encourage the progressive induction of reliable, affordable, and efficient electric vehicles and hybrid vehicles (xEV).

The First Phase of the scheme was initially approved for 2 years, commencing in 2015.

The Scheme has been extended from time to time, with the previous extension allowed for a period up to 2019 which has now again been extended up to 2024.

It is under the framework of the Demand Incentive Disbursement Mechanism.

The incentive amount has been determined for each category of vehicles like Mild Hybrid, Strong Hybrid, Plug-in Hybrid, and Pure Electric technologies and battery specification.

It is implemented and monitored by National Automotive Board under D/o Heavy Industry. It is one of the DBT schemes categorized under in-kind mode.

The primary objectives of the Fame India scheme are listed below. The concerned authorities implemented the first phase by focusing on four key areas:

The Government installed 427 charging stations during Phase I.

The Government allotted ₹ 895 crores to cover the operations of Phase I. Here, nearly 2.8 lakh electric vehicles were supported with an amount of ₹ 359 crores.

This phase gets budgetary support of ₹ 10,000 crores.

Through this scheme, the concerned department aims to provide incentives to various categories of vehicles:

Under the second phase of the Fame India Scheme, the Government is hopeful of establishing 2700 charging stations in metros, smart cities, hilly states, and million-plus cities across the country. The grid measurement will follow a 3 km x 3 km layout.

The Government aims to cover highways as well and establish charging stations on both sides of the road with a gap of 25 km between two consecutive stations.

To avail of the benefits offered under the Fame India Scheme, applicants have to first be eligible for it.

The benefits of the Fame India scheme are available for the following individuals:

Without assuring there is enough demand for the electric and hybrid vehicles produced, it aims to hasten manufacture in India.

Approximately 95% of the electric two-wheeler models now made in India won’t receive incentives under FAME-II.

The National Electric Mobility Mission Plan (NEMMP) 2020 is a National Mission document providing the vision and the roadmap for the faster adoption of electric vehicles and their manufacturing in the country.

Under the NEMMP 2020, there was an ambitious target to achieve 6-7 million sales of hybrid and electric vehicles by the year 2020.

Based on the experience gained in the Phase-I of the FAME India Scheme, it has been observed that a sufficient number of charging infrastructure is required to achieve the expected outcome of the plan, which is being addressed presently in Phase II of the FAME Scheme.

Government should prioritize a phased production strategy to support EVs and offer financial and non-financial incentives for EV and battery manufacture.

To encourage the use of EVs, various government agencies can take into account a variety of potential measures, including congestion pricing, ZEV credits, low emission/exclusion zones, parking regulations, etc.