This article on Sub-Prime Crisis, Fiscal Cliff, and Fiscal Drag is part of the article series by ClearIAS.com on some current but confusing concepts related to the US economy.

We plan to discuss in detail, terms like the United States Sub-Prime Crisis, Fiscal Cliff, Fiscal Drag, US debt ceiling, US shutdown, Quantitative Easing and Federal tapering in layman terms. So here starts our Background Digging Operation on the most highlighted economy terms in recent times.

Topics that will be covered in the article series: 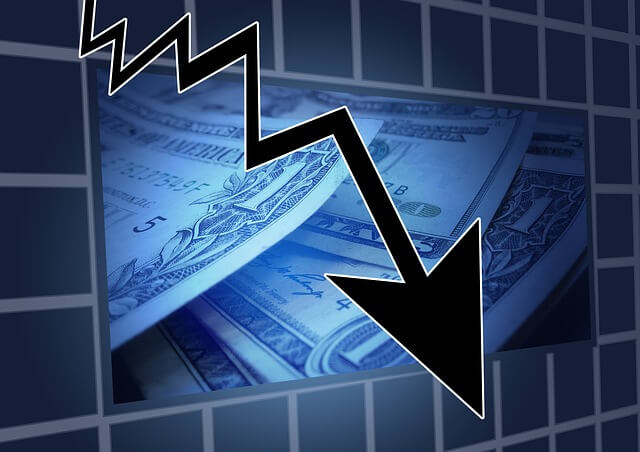 The United States, being the biggest economy in the world always enjoyed a strong position to influence the world economic affairs in a globalized world. Be it positive or negative, whatever happens in the US has an impact on almost all countries including India. But the strength of US economy was tested thoroughly in 2008 by a crisis called a sub-prime crisis, and the results portrayed the problems of the economic structure of the US. News about economics crisis in the US banks started to spread like forest fire. New terms like the recession, meltdown etc. made headlines in newspapers across the world. What was the reason? Let’s analyze crisis situation in 2008, popularly known as Subprime Mortgage Crisis.

Sub-prime mortgage crisis: What was that?

The term is associated with sub-prime lending. Many US banks had lent money to sub-prime borrowers (those borrowers who were rated below the prime borrowers), and these sub-prime borrowers failed to pay back the loans they had taken. Loans were given during real estate boom time, but when the bubble burst, banks lost most of their money. Badly affected banks include names like Lehman Brothers, Merril Lynch, and Bear Stearns.

As many of these banks closed their operations, US went into a period of recession (period of low growth) and the whole world was affected by it. US Federal bank (the supreme bank in US, just like the RBI of India) intervened and it tried everything it could do to prevent further collapse. The Fed pumped money, they bought many mortgages and gave liberal credit to other banks [Monetary Policy]. US government also made significant steps as part of their fiscal policy to control sub-prime crisis and recession. The government announced many tax cuts and started huge public expenditure programs [Fiscal Policy].

The story of Fiscal Cliff starts with the subprime crisis. Hence we covered that first. US Congress ( the legislative body, similar to Indian Parliament) had passed many laws during the recession period calling for tax cuts, in-order to boost economic activity. But there was a time period specified for these exemptions. Many of these exemptions expired at midnight on December 31, 2012. So period from Jan 1, 2013, was supposed to be a period of high taxes. A sudden condition of high taxes and reduced public expenditure after a long period of tax cuts and liberal public expenditure is known as Fiscal Cliff. In the case of US, it was more a technical or policy issue, but to avoid this policy issue, the two houses of the US congress had to reach a consensus, which they didn’t reach initially.

To sum up, Fiscal Cliff is the burden due to sudden increase in tax and less expenditure as mandated by some US bills (mainly a technical issue, but has practical reasons for each bill). It was the Congress to take action, but if they had not taken, US would have faced a fiscal contraction worth $600bn in 2013, which could tip the economy into a new recession.

[Source My own quote : For your understanding!] Reasons for Fiscal Cliff and the Possible Impact

How did the US avoid the fiscal cliff?

The American Taxpayer Relief Act of 2012 (ATRA) addressed the revenue side of the fiscal cliff by implementing smaller tax increases compared to the expiration of the Bush tax cuts. Also, a compromise was reached between Democrats and Republicans on January 1, 2013, regarding tax cuts. Higher income tax rates were agreed for the wealthy. Tougher decisions on spending cuts have been discussed in the Congress.

Fiscal Drag: What does it mean?

Fiscal drag is normally associated with progressive tax rates. Because of progressive taxes, the government will get more taxes when the economy is booming. This also helps slow the rate of increase in demand, reducing the pace of growth, making it less likely to result in higher inflation. Thus fiscal drag is an automatic stabilizer, as it acts naturally to keep demand stable.

Read the second part of this article series in the link: US debt ceiling crisis and US Federal Government Shutdown.