Fiscal Deficit, Fiscal Consolidation and Current Account Deficit are terms that we hear often from the Finance Minister and Prime Minister as the areas that needs prime attention.

What is Fiscal Deficit? 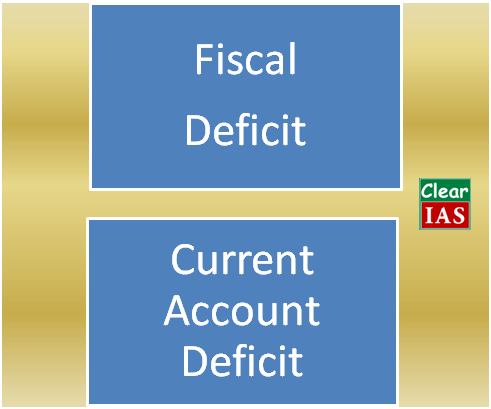 Yes, there is gap between income and expenditure – But how to fill the gap?

The fiscal deficit can be financed by borrowing from the Reserve Bank of India (which is also called deficit financing or money creation) and market borrowing (from the money market, that is mainly from banks). But uncontrolled borrowing is not good for the economy, as a greater portion of the governments revenue will in future be used to pay back the interest of loans and the money available for social sector initiatives will reduce. Besides the fiscal deficits accumulate over years resulting in a big debts and debt traps.

While steps taken by the government to bring the 2012/13 fiscal deficit within a targeted 5.3 percent of GDP have reduced near term risks, cuts in politically sensitive subsidies were needed for sustainable fiscal consolidation. RBI expects government to control its unproductive expenditure to bridge the gap.

Current Account is the sum of the balance of trade (exports minus imports of goods and services), net factor income (such as interest and dividends) and net transfer payments (such as foreign aid).

How should the gap in dollar supply be filled?

The right way to fill the gap is by increasing the exports and decreasing the imports, which is a step easier said than done. At present India is depending more on FIIs to fill the gap, but since these investments are volatile and risky, this is not healthy. We need urgent steps to boost FDI and exports.

The current account deficit (CAD) touched a record of more than 5% of GDP in 2014. But in came down later, thanks to the measures taken by RBI and fall in global oil prices.