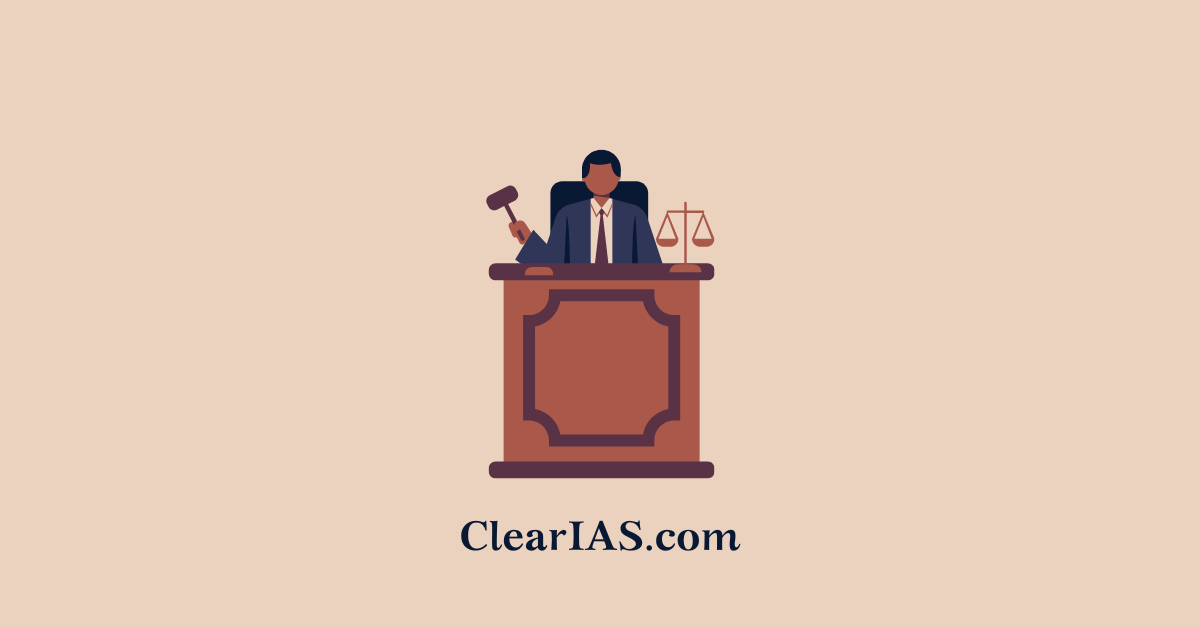 What is a foreigners’ tribunal and why do we need it? What are the concerns related? Read the article for in-depth details.

The foreigners’ tribunal is a quasi-judicial body. It is unique to Assam, to determine if a person staying illegally is a “foreigner” or not.

With Assam’s NRC as the backdrop, the Ministry of Home Affairs (MHA) has provided specific guidelines to detect, detain, and deport foreign people who are residing unlawfully all across the country.

What is a Foreigners Tribunal?

As a result of the Foreigners (Tribunals) Order, 1964, the Foreigners Tribunal was established to enable state administration (District Collector/District Magistrate) to make a reference about a person suspected of being a foreigner to the Tribunals.

The Foreigners (Tribunals) Order, of 1964 was enacted by the Central government through the use of powers granted under Section 3 of the Foreigners Act, of 1946.

The Foreigners (Tribunals) Order, 1964 has been amended by the MHA, giving district magistrates in all States and UTs the authority to establish tribunals to determine whether a person residing in India unlawfully classifies as a foreigner or not.

Earlier, such powers to constitute a tribunal vested with the Centre only.

The Foreigners Act of 1946 (31 of 1946) defines a foreigner as a person who is not a citizen of the country. The Central Government may order the establishment of a Tribunal to consider whether a person falls under this description or not.

The Tribunal shall consist of a such number of persons having judicial experience as the Central Government may think fit to appoint.

Where the Tribunal consists of two or more members, one of them shall be appointed as the Chairman thereof.

The Tribunal shall have the powers of a civil court while trying a suit under the Code of Civil Procedure, 1908 in respect of the following matters, namely: –

The May 2019 amendment only lays down the modalities for the Tribunals to decide on appeals made by persons not satisfied with the outcome of claims and objections filed against the NRC.

The aforementioned Order, issued on May 30, 2019, is currently only applicable to Assam for all practical purposes because NRC work is only being performed in Assam.

This Amendment Order also allows the District Magistrate to approach the Tribunal for an opinion on whether or not the Appellant classifies as a “foreigner” under the provisions of the Foreigners Act, 1946.

The amended Foreigners (Tribunal) Order, 2019 also empowers individuals to approach the Tribunals. Earlier only the State administration could move the Tribunal against a suspect.

Why Do We Need the Foreigners Tribunal?

The need for Foreigners Tribunals arises for the following reasons:

Are Foreigners Tribunal meant Only For Assam?

Who Can Setup These Tribunals?

The Foreigners (Tribunals) Order, 1964 has been amended by the Ministry of Home Affairs (MHA), giving district magistrates in all States and Union Territories the authority to establish tribunals (quasi-judicial bodies) to determine whether a person residing in India illegally is a foreigner or not.

There are certain concerns related to Foreigners’ Tribunals.

Failure of Issuing Authorities to Appear

To understand how citizenship issues were adjudicated, the authors examined 787 orders and judgments from the Gauhati High Court. Due to issuing authorities’ failure to appear before the FTs to testify that the documents produced are authentic and genuine to their knowledge, one in two people is labeled as foreigners.

Furthermore, the issue of judicial delay affects cases that involve foreigners. For Example: In Anowara’s case, before the Foreigners Tribunal deemed Anowara a foreigner, her case was filed in 2007 and was pending for 11 years. The analysis of the Gauhati high court cases showed that, on average, it took 2,466 days (6.7 years) for the high court to reach a decision after the case was filed with the FTs.

Implications of the NRC

With over 19 lakh people excluded from the National Register of Citizens (NRC) in Assam. The work of the FTs and the Gauhati high court increased exponentially. Between 1985 to October 2019, there were 4,68,905 cases referred to Foreigners Tribunals.

under the Foreigners’ Act, the burden of proof is reversed and placed on the individual to prove that she is not a ‘foreigner’. Due to this reversed burden of proof, an individual is expected to discharge a higher standard of proof by supporting her citizenship claim with a wide variety of documentary evidence.