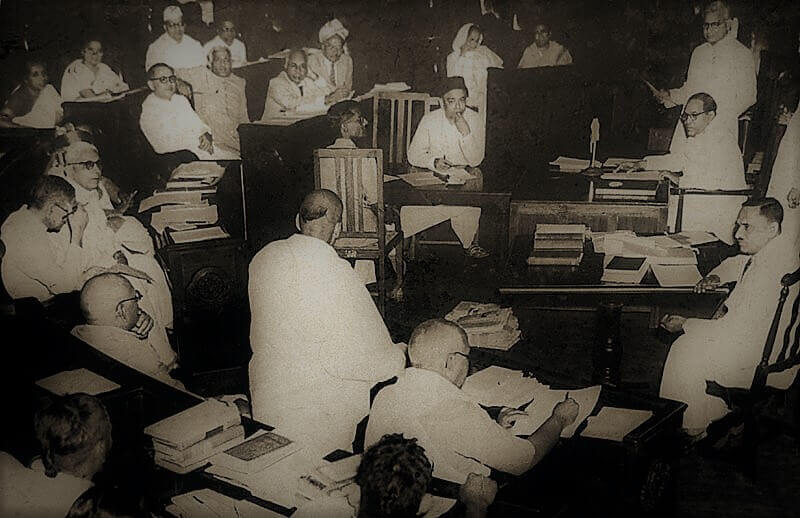 Before 1947, India was divided into two main entities – The British India which consisted of 11 provinces and the Princely states ruled by Indian princes under subsidiary alliance policy. The two entities merged together to form the Indian Union, but many of the legacy systems in British India is followed even now. The historical underpinnings and evolution of the India Constitution can be traced to many regulations and acts passed before Indian Independence.

Indian democracy is a Parliamentary form of democracy where the executive is responsible to the Parliament. The Parliament has two houses – Loksabha and Rajyasabha. Also, the type of governance is Federal, ie there is separate executive and legislature at Center and States. We also have self-governance at local government levels. All these systems owe their legacy to the British administration. Let us see the historical background of the Indian Constitution and its development through the years.

Government of India Act of 1858

Government of India Act of 1919

Government of India Act of 1935

Points to be noted