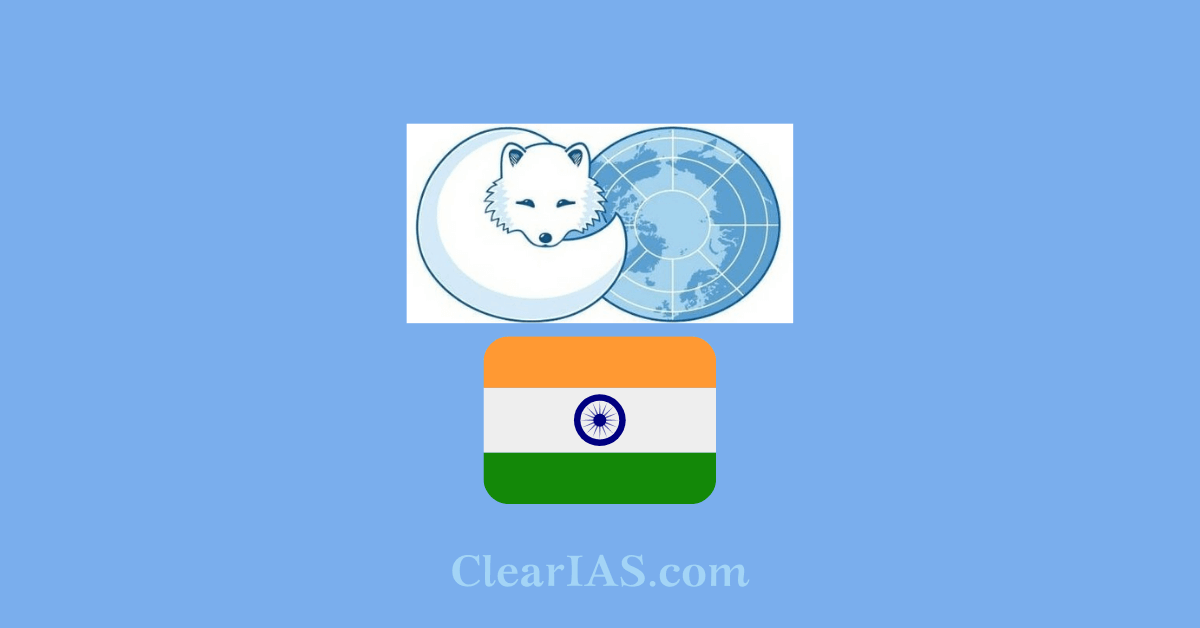 The Ministry of Earth Science has unveiled India’s Arctic Policy, titled India and the Arctic: building a partnership for sustainable development.

The Arctic Council is the leading intergovernmental forum promoting cooperation, coordination, and interaction among the Arctic States, Arctic Indigenous peoples, and other Arctic inhabitants on common Arctic issues, in particular on issues of sustainable development and environmental protection in the Arctic. It was formally established in 1996.

India at the Arctic council 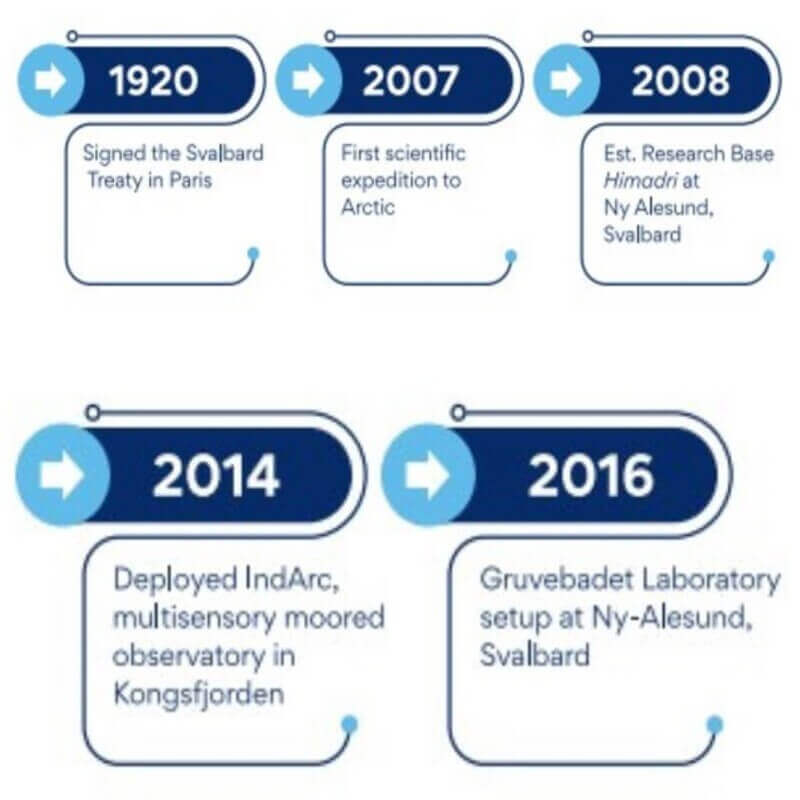 1920: India’s engagement with the Arctic began when it signed the Svalbard Treaty in Paris between Norway, the US, Denmark, France, Italy, Japan, the Netherlands, Great Britain, and Ireland, and the British overseas Dominions and Sweden concerning Spitsbergen.

2007: India launched its Arctic research program with a focus on climate change in the region with the objectives of studying connections between Arctic climate and Indian monsoon, characterizing sea ice in the Arctic using satellite data, estimating the effect on global warming.

Since then, India has been able to set up an observatory in Kongsfjorden as well as an atmospheric laboratory at Gruvebadet.

India also focuses on conducting research on the dynamics and mass budget of Arctic glaciers and sea-level changes, carrying out an assessment of the flora and fauna of the Arctic.

2013: India was first granted the Observer status in 2013, along with five other nations.

2019: India was re-elected as an Observer to the Arctic Council.

India presently has a single station, Himadri, in Ny-Alesund, Svalbard, a Norwegian archipelago, where research personnel is usually present for 180 days. India is in the process of procuring an ice-breaker research vessel that can navigate the region.

India has had privileged access to Arctic Council’s side-events and the  Ministry of Environment, Forests and Climate Change has contributed to the Arctic Migratory Birds Initiative (AMBI) under the Arctic Council’s Conservation of Arctic Flora and Fauna Working Group. The ministry has also facilitated studies and conservation efforts of migratory birds that fly to India during northern winters.

This declaration emphasizes that the improvement of ecological connectivity is the top priority for the Convention on Migratory Species.

In February 2020, the Government of India hosted the Convention of Migratory Species under the 13th United Nations Environmental Programme Conference of the Parties (UNEP-COP-13) in Gujarat’s capital city Gandhinagar.

The Gandhinagar Declaration is a significant contribution of India to the Arctic Council.

India’s Arctic Policy aims to enhance the country’s cooperation with the resource-rich and rapidly transforming Arctic region. The policy also seeks to combat climate change and protect the environment in the region, which is warming three times faster than the rest of the world. It was released by the Ministry of Earth Sciences.

There are Six Central Pillars of the arctic policy:

India has so far sent 13 expeditions to the Arctic since 2007 and runs 23 active science projects. About 25 institutes and universities are currently involved in Arctic research in India and close to a hundred peer-reviewed papers have been published on Arctic issues since 2007 according to the Ministry of Science and Technology.

The Arctic region is significant due to the shipping routes that run through it. According to an analysis published by the Manohar Parrikar Institute for Defence Studies and Analyses, the adverse effects of the Arctic are impacting the availability of mineral and hydrocarbon resources, as well as transforming global shipping routes.

India can also play a constructive role in securing the stable Arctic. The region holds immense geopolitical importance as the Arctic is projected to be ice-free by 2050 and world powers making attempts to exploit the region rich in natural resources.

The Polar Science and Cryosphere (PACER) scheme has been approved for continuation from 2021 to 2026.

The ‘Arctic Policy’ document unveils that India aspires to have a permanent presence, more research stations, and establish satellite ground stations in the Arctic region.

Within the council, India can call for the reduction of industrial methane and carbon black emissions and alleviate their disastrous impact on Arctic environments.

This call fits well with the Council’s Arctic Contaminants Action Program as well. India can partner with other observer nations to formulate a strategic Asian Hydrogen Energy Technology Plan.

This plan can focus on sharing hydrogen fuel and energy technologies that can support transportation, chemicals, fertilizers, electricity generation, and oil refining industries.

5. the United States of America

Which of the above are the members of the ‘Arctic Council’?

(a) an indigenously developed radar system inducted into Indian Defence