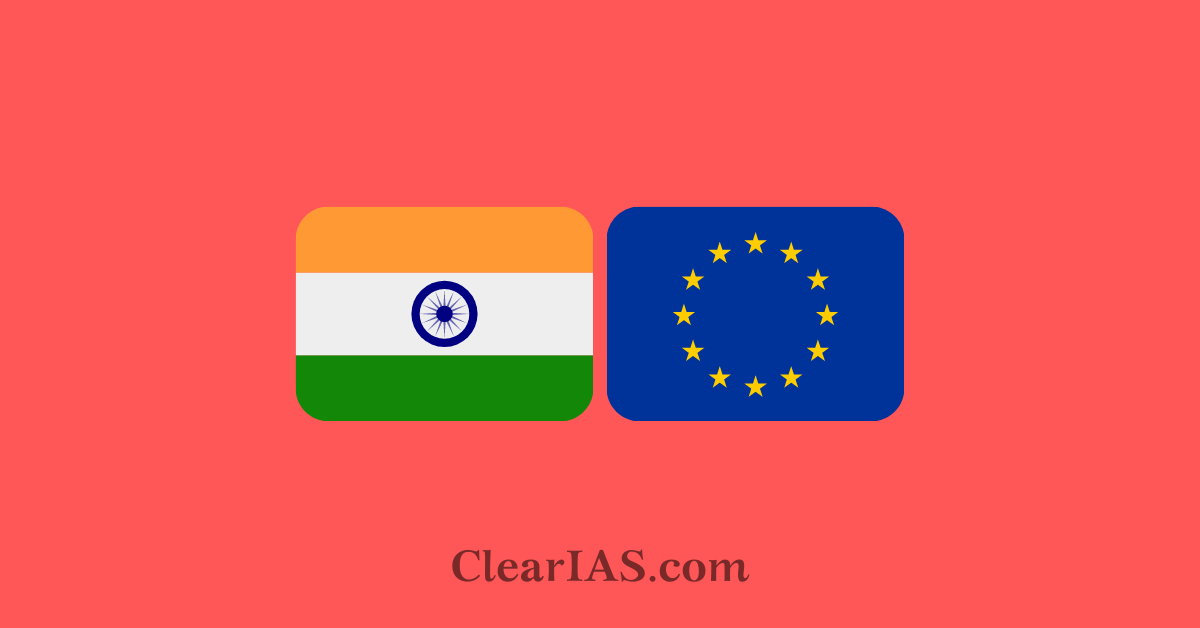 India-European Union (EU) trade relations are crucial for the economic growth of both regions. Read here to know more about the recent developments.

India and the European Union concluded the first round of negotiations for India-EU Trade and Investment Agreements in New Delhi.

The European Union (EU) is a political and economic union of 27 member states that are located mostly in Europe formed in 1993.

Most of the member countries (19 of them) use Euro as their official currency, while 8 of them do not.

The culmination of World War II integrated the notion of uniting the European countries into a single market through a standardized system of laws.

The objectives of forming the European Union are:

European Union was awarded the Nobel Prize for Peace in 2012.

The 7 important decision-making bodies of the European Union are:

India is already important trade and investment partner for the EU and could hold significant further potential. It represents a sizable and dynamic market, with an annual projected GDP growth rate of over 8% according to the IMF, which would make it the fastest-growing emerging economy.

On 28th June 2007, India and the EU began negotiations on a broad-based Bilateral Trade and Investment Agreement (BTIA) in Brussels, Belgium.

EU’s practice is to include in its investment treaties the Fair and Equitable Treatment (FET) provision.

EU has been batting for a Multilateral Investment Court (MIC) to reform the existing arbitration-based Investor-State Dispute Settlement (ISDS) system.

The presence of non-tariff barriers on Indian agricultural products in the form of sanitary and phytosanitary (SPS) measures are too stringent and enable the EU to bar many Indian agrarian products from entering its markets.

The India-European Union Free Trade Agreement is critical for both the EU and India. On a global level both are major and dynamic markets and FTA between them will be highly impactful.

Reaching an agreement that will bring mutual benefit to both the EU and India will be a long journey, but, despite several missed deadlines, it is not out of reach.