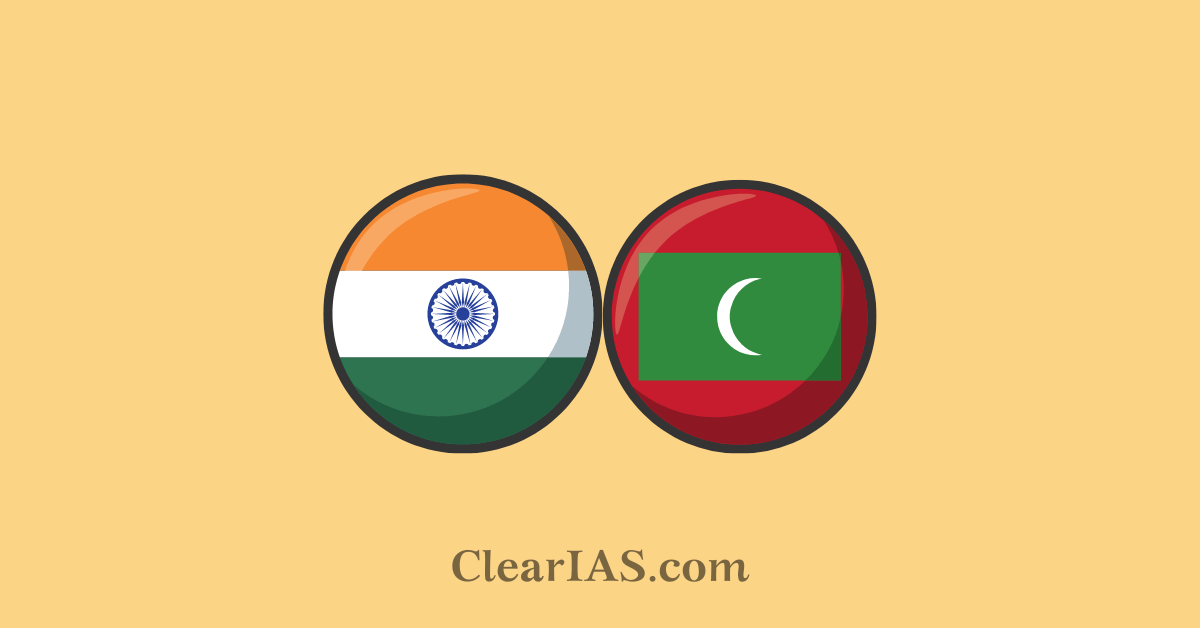 The India-Maldives relations have been multi-dimensional and strategically important. Read here to know more about the bilateral ties.

India was among the first to recognize the Maldives after its independence in 1965 and to establish diplomatic relations with the country.

India established its mission in 1972 and resident High Commissioner in 1980. The Maldives opened a fully-fledged High Commission in New Delhi in November 2004, at that time one of its only four diplomatic missions worldwide. 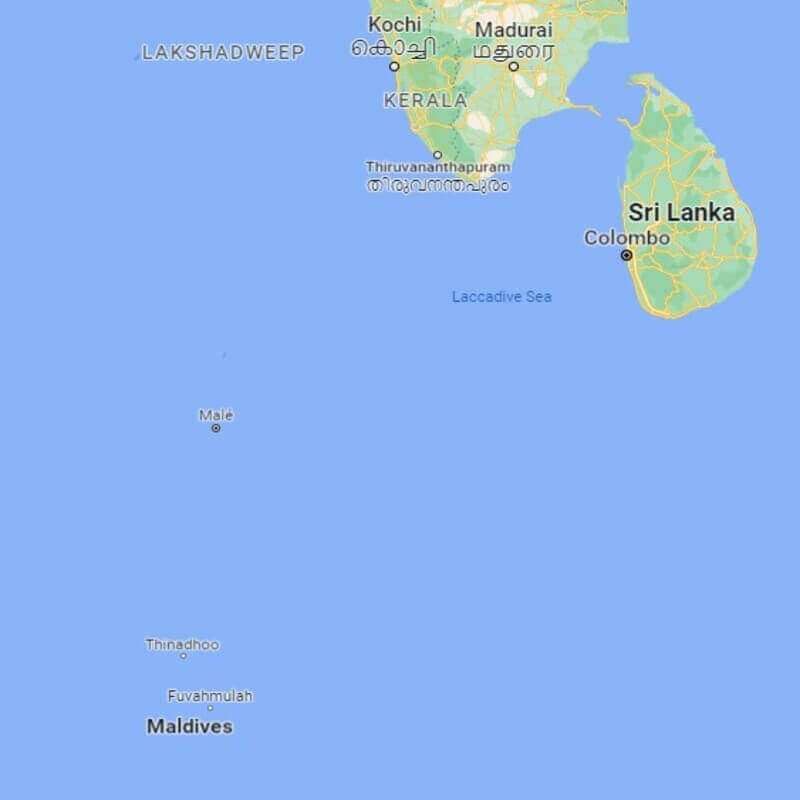 Maldives’ proximity to the west coast of India (it is barely 70 nautical miles away from Minicoy and 300 nautical miles away from India’s West Coast), and its situation at the hub of commercial sea-lanes running through the Indian Ocean (particularly the 8° N and 1 ½° N channels), and its potential to allow a third nation’s naval presence in the area imbues it with significant strategic importance to India.

On international issues, Maldives had consistently supported India in multilateral fora, such as the UN, the Commonwealth, the NAM, and the SAARC.

The Maldives also co-sponsored the G-4 draft resolutions on UN reforms. India extended support to Maldive’s candidature for a non-permanent seat in the UN Security Council for the term 2019-20.

India’s relationship with the Maldives is free of any politically contentious issues. The one-time claim of Maldives to Minicoy Island was resolved by the Maritime Boundary Treaty of 1976 between the two countries, whereby the Maldives recognized Minicoy as an integral part of India.

These three incidents (in 1988, 2004, and 2014) had established the advantages of India’s proximity and capacity to come to Maldives’ rescue in distress about any other country and are widely acknowledged by the government and people of Maldives.

Tourism is the mainstay of the Maldivian economy. The country is now a major tourist destination for Indians.

Given the geographical limitations imposed on the Maldives, India has exempted the nation from export curbs on essential commodities.

Since 1988, defence and security have been a major area of cooperation between India and the Maldives.

India has adopted a very flexible and accommodating approach to meeting Maldivian requirements for defence training and equipment.

Key projects in the defence sector include Composite Training Centre (CTC) for MNDF, Coastal Radar System (CRS), and construction of a new Ministry of Defence Headquarters.

The major completed and ongoing development assistance projects executed by India are:

The Maldives holds strategic importance for India under the government’s ‘Neighbourhood First’ policy due to its location in the Indian Ocean.

Even though the India-Maldives relations saw strain during 2012-18, due to radicalization and pro-china attitude, the relations are back on better terms again, and this is strategically very important for both the nations.

India-Maldives relations are crucial for peaceful Indo-Pacific regions and its maritime security.