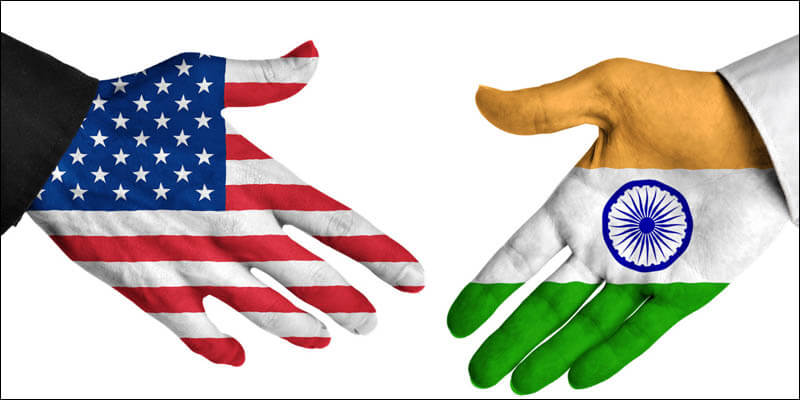 Eliminating the hesitations of history, India and the United States have built a strong and strategic bilateral relationship and continues to contribute the stability and prosperity of the world. The first Prime Minister of India Jawaharlal Nehru likened American Imperialism to that of British. He propounded and propagated the Non-Alignment Principle whereby India refused to join either the capitalistic US or the communist Soviet Union.

India’s socialistic economic principles and deep scepticism to the US hegemony resulted in its predilections towards USSR much to the ire of the West. As the ideological Cold War ended after a myriad of international convergences and divergences, India was forced to look West given the paradigm shift in the geopolitics of the world and in Francis Fukuyama’s words “End of History”. Today both India and US are among the most vibrant foreign cohorts and strategic partners.

Why India Matters to the USA?

Why the United States matters to India? 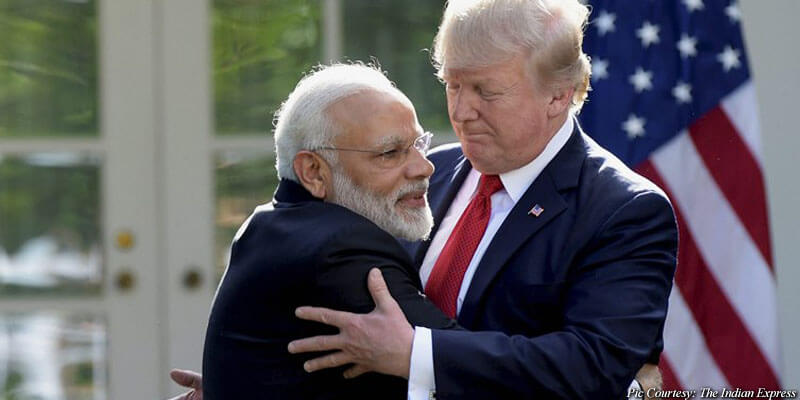 The deal is seen as a watershed in India-USA relations and introduces a new aspect to international nonproliferation efforts. Since July 18, 2005, the deal lifts a three-decade U.S. moratorium on nuclear trade with India. It provides U.S. assistance to India’s civilian nuclear energy program and expands India-USA cooperation in energy and satellite technology.

An approval by the Nuclear Suppliers Group lifting the ban on India has also cleared the way for other countries to make nuclear fuel and technology sales to India. India would be eligible to buy U.S. dual-use nuclear technology, including materials and equipment that could be used to enrich uranium or reprocess plutonium, potentially creating the material for nuclear bombs. It would also receive imported fuel for its nuclear reactors.

Ashley Tellis of the Carnegie Endowment for International Peace-who was intimately involved in negotiating the civil nuclear agreement with India as a senior adviser to the U.S. undersecretary of state for political affairs–said in congressional testimony in 2005 that the deal recognizes this growing relationship by engaging India, which has proven it is not a nuclear proliferation risk. (Reference: Council on Foreign Relations)

Five developments in the India-US relations since the deal: 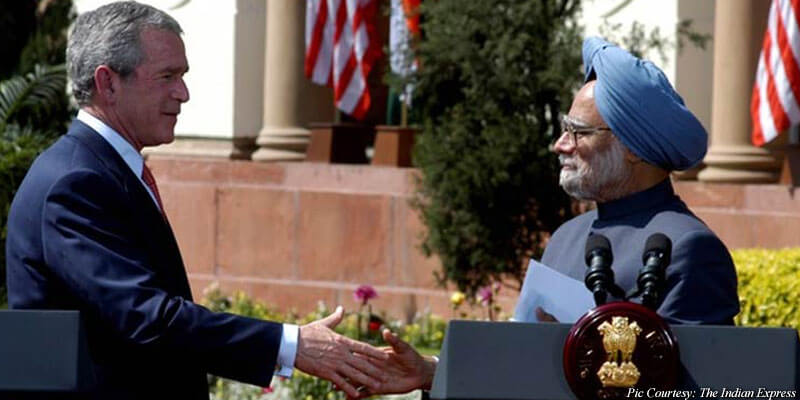 Controversial issues with the deal:

In March 2006, the U.S. Congress also took up the agreement and formally made it into legislation (Hyde Act) after the committee level deliberations and conciliations in terms of words by both the House and the Senate.

On 1 August 2007, U.S. and Indian negotiators concluded a separate technical agreement under section 123 of the U.S. Atomic Energy Act, which spells out the precise terms, conditions, responsibilities, obligations and promises that each party undertakes.

As the Hyde Act had imposed restrictions on how India could utilize U.S. nuclear supplies, the implementation of the agreement has received a setback because of the opposition by the Communist parties that supported India’s UPA government from outside. Leaders of almost all the political parties of India had categorically expressed their dislike and apprehensions for provisions that provided for cutting off aid if India conducts any future nuclear tests and the return of the all nuclear material or equipment provided by U.S. suppliers.

Section 17b in the Civil Liability for Nuclear Damage Bill, 2010 according to which the Operator cannot seek recourse in case of nuclear accidents because of patent or latent defects in the material, equipment and even in the services provided. The US defies it to be against international norms whereas India says that it is according to Convention on Supplementary Compensation.

Analysis of the Bill and further issues:

(a) may be inadequate to compensate victims in the event of a major nuclear disaster;

(b) may block India’s access to an international pool of funds;

(c) is low compared to some other countries.

The understanding reached with the United States on January 25, 2015, during the visit of President Obama to India:

India and the United States have reached an understanding on the issues related to civil nuclear liability and finalized the text of the Administrative Arrangement to implement the September 2008 bilateral 123 Agreement. This will allow us to move towards commercial negotiations on setting up reactors with international collaboration in India and realize the significant economic and clean energy potential of the civil nuclear understanding of 2005-2008.

There is no proposal to amend the Civil Liability for Nuclear Damage Act of 2010 Act or the Rules.

How have U.S. concerns over the CLND Act then been resolved?

During the course of the discussions in the Contact Group, using case law and legislative history, the Indian side presented its position concerning the compatibility of the Civil Liability for Nuclear Damage (CLND) Act and the Convention on Supplementary Compensation for Nuclear Damage (CSC). The idea of the India Nuclear Insurance Pool as a part of the overall risk-management scheme for liability was also presented to the U.S. side. Based on the presentations by the Indian side, and the discussion thereon, there is a general understanding that India’s CLND law is compatible with the CSC, which India has signed and intends to ratify. 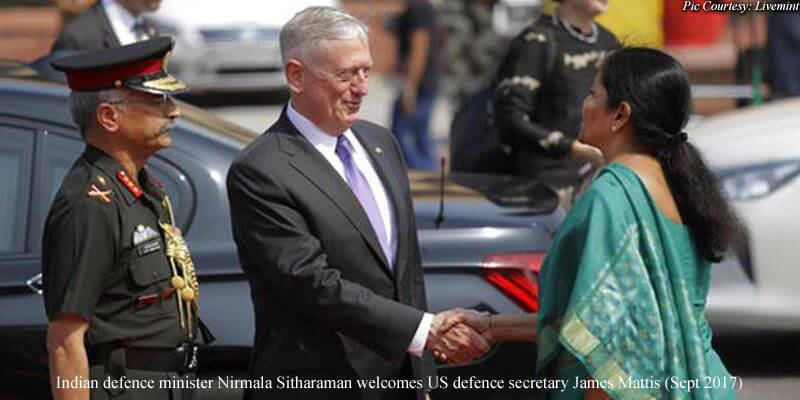 India is learning from the U.S. experience in community colleges in order to meet our demands for skill-development. It has been agreed to collaborate with U.S. institutions in the area of Technology Enabled Learning and Massive Open Online Courses (MOOCs) to extend the reach of education in India. Under the Global Initiative of Academic Networks (GIAN) launched by India, up to 1000 American academics will be invited and hosted each year to teach in Indian universities at their convenience. The two sides are also collaborating to establish a new Indian Institute of Technology in Ahmedabad.

The 3.5-million-plus strong Indian American community is an important ethnic group in the U.S., accounting for about 1% of the total population in the country. Indian American community includes a large number of professionals, business entrepreneurs and educationalists with increasing influence in the society. The two countries have been working together to facilitate travel of their respective citizens, and to this end, an MOU has been signed in June 2016 to facilitate India’s joining of the Global Entry Programme for expedited immigration for eligible Indian citizens at U.S. airports.

It appears highly likely that in strategic, political, security, defence and economic terms, relations between India and the USA will continue their upward trajectory under President Trump. Impact of USA’s relations with Pakistan over India is likely to be beneficial and positive. Geopolitical manoeuvres can have significant impact on India-USA relations, however, it would remain to be multi-faceted and an “indispensable partnership”