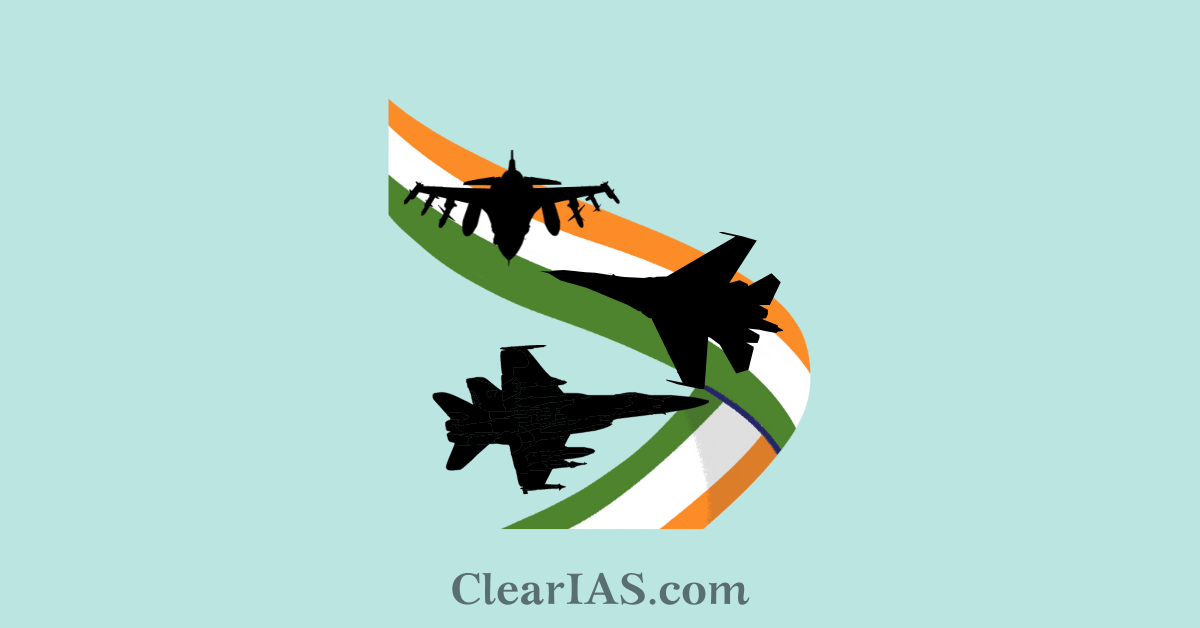 The Indian Air Force is the fourth largest in the world. Read here to know more about its history, operations, and stature.

The Indian Air force (IAF) is the Air wing of the Indian armed forces. Its objective is to ensure the Indian airspace and to engage in aerial warfare during a conflict.

India Air Force is the fourth largest in the world after the USA, China, and Russia.

IAF or the Bharatiya Vayu Sena was initially established as an auxiliary air force unit of the Royal air force of Brittain. The title Royal was given to the air force in the honor of India’s aviation service during world war II.

The name Royal Airforce was kept until India had dominion status. As the government transitioned to a republic in 1950, the prefix Royal was removed.

The President of India holds the rank of supreme commander of Commander-in-chief of the IAF. The operational command of the Air Force lies with the Chief of Air Staff, an air chief marshal, who is a four-star officer.

The rank of Marshal of the Air Force is a five-star rank and has been conferred by the President of India on one occasion in history, to Arjan Singh.

The motto of the IAF is ‘Nabhah Sparhsam Diptam’ which is taken from the Bhagavad Gita, and means to ‘Touch the sky with glory’

Since 1950, the IAF has been a part of four wars with Pakistan. They have also played important role in other major operations like Operation Vijay,  Operation Meghdoot, Operation Cactus, and Operation Poomalai.

The engages on international and humanitarian levels in the national interest, by participating in UN peacekeeping missions. 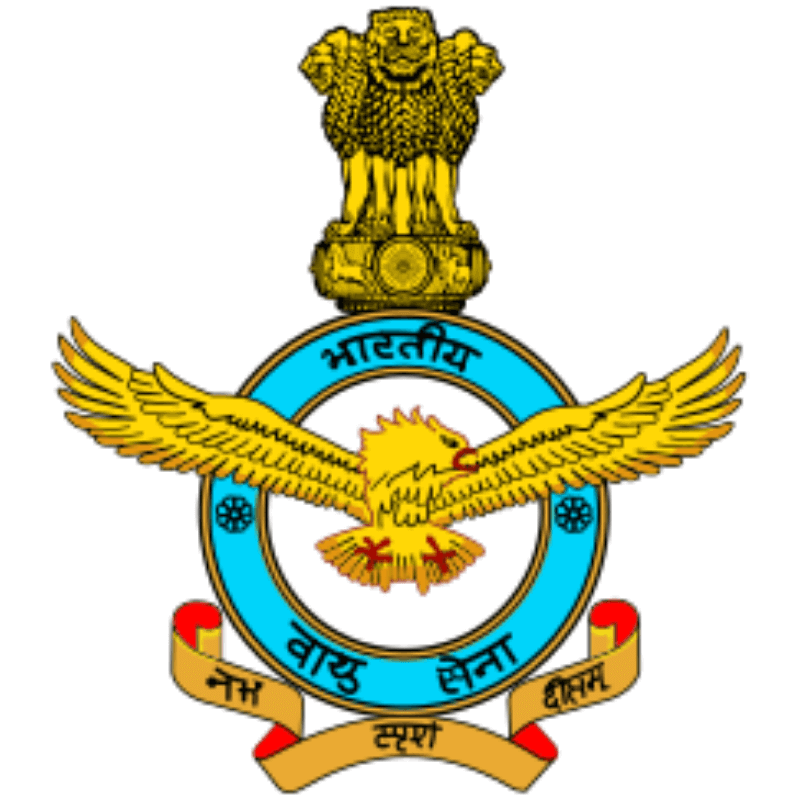 History of the Indian Air force

IAF was officially established on 8th October 1932 as an auxiliary arm of rod Royal air force of Britain. This was stipulated by the Indian Air force act of 1932.

The first aircraft flight came into being on 1st April 1933 when its first squadron of 4 Westland wapiti airplanes was commissioned. It included 5 Indian pilots led by a British officer.

During world war II, the IAF played a key role in stopping the japans advance in Burma. Arjan Singh was a flight lieutenant during this mission and went on to become India’s first and only Marshal of the Air Force.

In 1943, the first flying school was established in Ambala to provide basic and advanced training for IAF pilots.

Immediately after independence, during partition, the Royal Indian Air Force provided effective logistics support and transport to Indian troops. But there was no direct air-to-air combat with the Pakistani air force.

1961: IAF played a very important role in the annexation of Goa from the Portuguese. This was called Operation Vijay, where IAF provided support to the ground forces.

1962: During the Sino-Indian war of 1962, India ended up losing significantly Chinese as the military planners failed to effectively use the IAF.

1965: IAF engaged the enemy air force quite effectively during the Indo-Pak war of 1965 or the Second Kashmir War. The IAF was successful in preventing the Pakistan air force from gaining air superiority.

The IAF changed to improve its capabilities after the 1965 war. The Para Commandos regiment was created in 1966 to increase its logistics supply and rescue operations ability. India started to put more stress on the indigenous manufacture of fighter aircraft.

1971: During the Indo-Pak war of 1971 or the Bangladesh liberation war, the role of IAF was very crucial. IAF carried out numerous sorties and even supported the Indian Navy in the Bay of Bengal and Arabian sea. IAF has complete air superiority during the conflict.

After the 1971 war with Pakistan, the IAF received the highest award for gallantry in India, the Param Vir Chakra which was awarded posthumously to Flying Officer Nirmal Jit Singh Sekhon.

1987: Operation poomalai or Eagle mission 4 was the codename assigned to a mission undertaken by the IAF for airdropping supplies over the besieged town of Jaffna in Sri Lanka on 4 June 1987 to support the Tamil Tigers during the Sr Lankan civil war.

Operation Pawan was the operation in which the air force supported the Indian peacekeeping forces (IPKF) in northern and easter Sri Lanka.

1999: Operation Safed Sagar, as the air operations in the Kargil area were called, was a milestone in the history of military aviation, as this was the first time that airpower was employed in such an environment.

After the Kargil conflict, IAF has been actively guarding the Indian air space and numerous events have been recorded of their proficiency.

2019: The Balakot Airstrike was carried out after the 2019 Pulwana attack carried out by Jaish-e-Mohammad (JeM) killing 46 CRPF personnel. A group of 12 Mirage aircraft carried out attacks on the JeM camps in PoK and Balakot.

The Pakistan air force retaliated after the Balakot airstrikes, and during this stand-off, IAF MiG-21 pilot Abhinandan Varthaman was captured by Pakistan. He was later released as per the Third Geneva convention’s obligations.

Dassault Rafale is the latest addition to India’s aircraft arsenal and India has signed a deal for 36 Dassault Rafale. As of Oct 2021, 29 Rafale fighters are in service with the Indian Air Force.

Every year 8th October is celebrated as Air Force day to commemorate the day of its establishment in 1932.