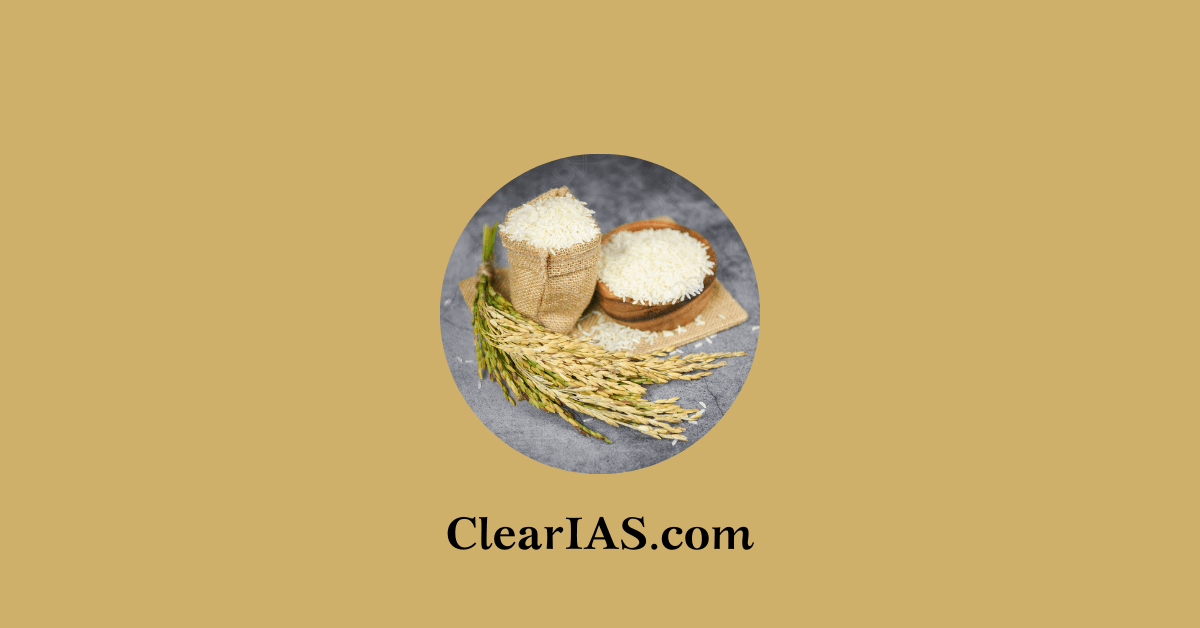 In order to ensure food security and prepare for unforeseeable situations like drought, starvation, conflicts, etc., the public sector in India maintains Buffer stocks.  What are buffer stocks? How do they affect food security? What are the challenges faced by it? Read the article to know more about the issues of Buffer stocks and food security.

Buffer stocks refer to a collection of certain commodities like rice, wheat, etc. In India, the stocking of food grains was first implemented during the 4th Five Year Plan in 1969. In order to carry out the objectives of the Food Policy, the Food Corporation of India was established in 1964 under the Food Corporation Act.

The objective of Buffer stocks

Farmer returns that are higher

The purchase of food grains from farmers at the Minimum Support Price (MSP) relieves them of the need to sell their goods at a loss and guarantees them a fair return on their investment.

To meet the objective of supplying every Indian person with sufficient food for their sustenance, or preserving food security, buffer stocks of food grains are maintained.

Whenever the cost of food supplies increases, buffer stocks are released onto the market to drive the cost to a reasonable level. This was part of the government’s effort to maintain food inflation within reasonable bounds.

The buffer stocks also assist the government in implementing its social welfare programs for the needy and poorer segments of society.

The government’s social welfare programs, such as the Targeted Public Distribution System (TPDS) and Other Welfare Schemes (OWS), such as the mid-day meal program for school-age children, the distribution of food to those who have been displaced by natural disasters, etc., are made possible by the food stock procurement.

The minimal amount of food grains that the central government must keep on hand at the start of every quarter to ensure adequate supplies for the public distribution system and other government distribution programmes.

Throughout the year, food grains from the Central Pool are dispersed based on patterns in off-take and procurement. As a result, a key component in determining the minimum food grain reserves needed in any given quarter of the year is the season of production and procurement. 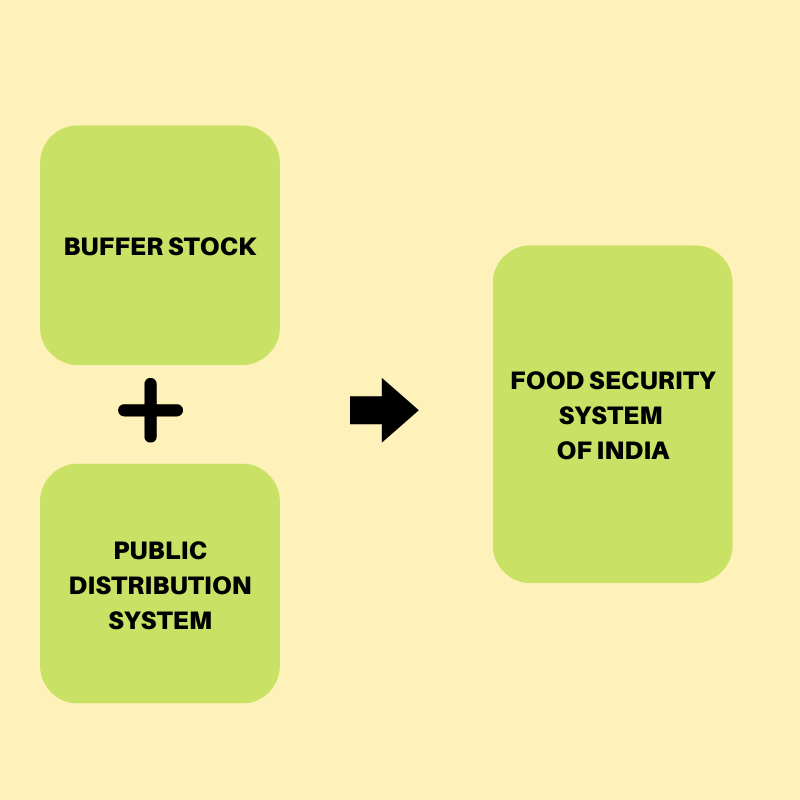 The GoI’s current buffer stock stocking standards include the following:

Operational stock refers to the food grains used for OWS and TDPS distribution, whereas operational stock and buffer stock both refer to the surplus. The stock over the minimal stockpiling standards is considered excess stock. It is occasionally exported, given to select states in additional allocations, or sold on the open market.

In order to enhance FCI’s financial management and operational effectiveness in the purchase, storage, and distribution of food grains, the government established the six-person Shanta Kumar committee. The committee’s recommendations included restructuring or unbundling FCI. Important suggestions made include the following: