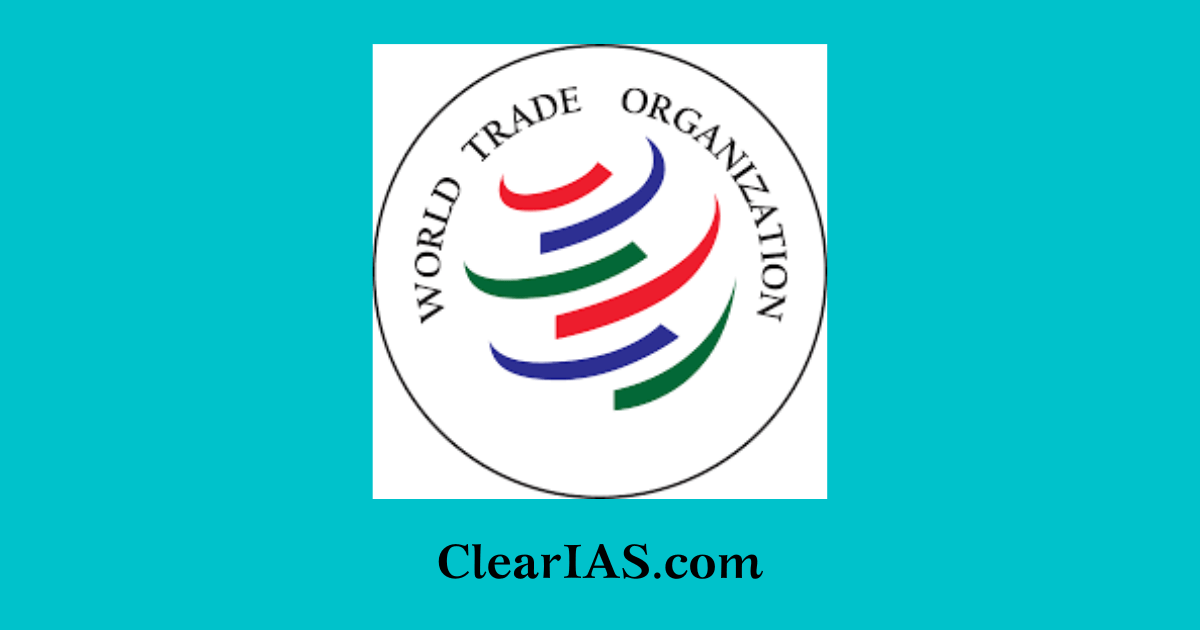 What is WTO? How is it associated with the free trade? Why is it important? What are the principles governing it? How does its dispute resolution still holds relevance? To answer these questions, read further.

It is the collection of post-World War II regimes, seeking to advance monetary stability and lower the barriers to the free movement of capital and trade.

Hence it was held that there should be free trade.

World Trade is based on the theory of comparative advantage which is a Win-Win situation for all countries.

The USA has proposed LIEO. However it could not come into existence and place of LIEO, a set of treaties dealing with different terms of International Trade and aspects came into existence in 1948 known as GATT (General Agreement on Tariffs and Trade).

The volume of trade has become too large that business as usual was not possible. There was a need for an institution to formulate the rules governing different aspects of foreign trade.

With the end of the cold war, the number of countries participating in external trade became too many.

The structural reforms also force the economy to open up. It was realized by the developing countries that trade not aid can address their poverty.

Ultimately Uruguay round of talks ended. 123 countries accepted these trade agreements. This has led to the establishment of the WTO which came into existence in 1995.

India is the original member of the World Trade Organization.

The WTO Agreements include provisions that grant special rights to developing nations.

These provisions are referred to as “special and differential treatment” provisions.

At the 4th WTO Ministerial Conference in Doha, the Ministers designated the Committee on Trade and Development to review these special and differential treatment provisions.

The special provisions consist of:

Member nations agreed in the Doha Declaration that all special and differential treatment provisions are a fundamental feature of the WTO agreements.

Ministerial Council: It is the highest decision-making body. It meets every two years.

General council: The body works out the year for the formulations of the proposal.

Trade policy review Board: One of the main objectives of WTO is to maintain transparency and accountability. Therefore the body undertake policy reviews of members from time to time. It is also one reason why WTO has been considered intrusive.

Trade dispute body: The WTO’s important contribution to the stability of the global economy is dispute settlement, which is the foundational element of the multilateral trading system.

The resolution of disputes is of the utmost importance, preferably by a mutually acceptable solution, and provisions have been created for the process to be carried out in a timely and effective manner.

The WTO is an international organization that also handles dispute resolution.

When a member country feels that a country has violated WTO regulations, it will file a complaint with the WTO’s dispute body.

If the consultation fails, a panel will be formed with the help of all the members to resolve the conflict.

The panel will communicate the decision of the dispute settlement to WTO members, who have the option to disagree with it.

If the judgment is upheld, the member nation that broke the rules is required to amend its laws to comply with the WTO Agreement.

In a nutshell, the World Trade Organization (WTO) is the only international body in charge of implementing international trade laws. It ensures that trade continues to move as easily, reliably, and freely as possible.

The WTO’s future role is critical for keeping the post-World War II liberalized economic system on a global scale. India and other developing economies can lay a solid foundation for a successful WTO while defending the interests of developing nations at a time when nations are threatening to exit the WTO, making it dysfunctional.