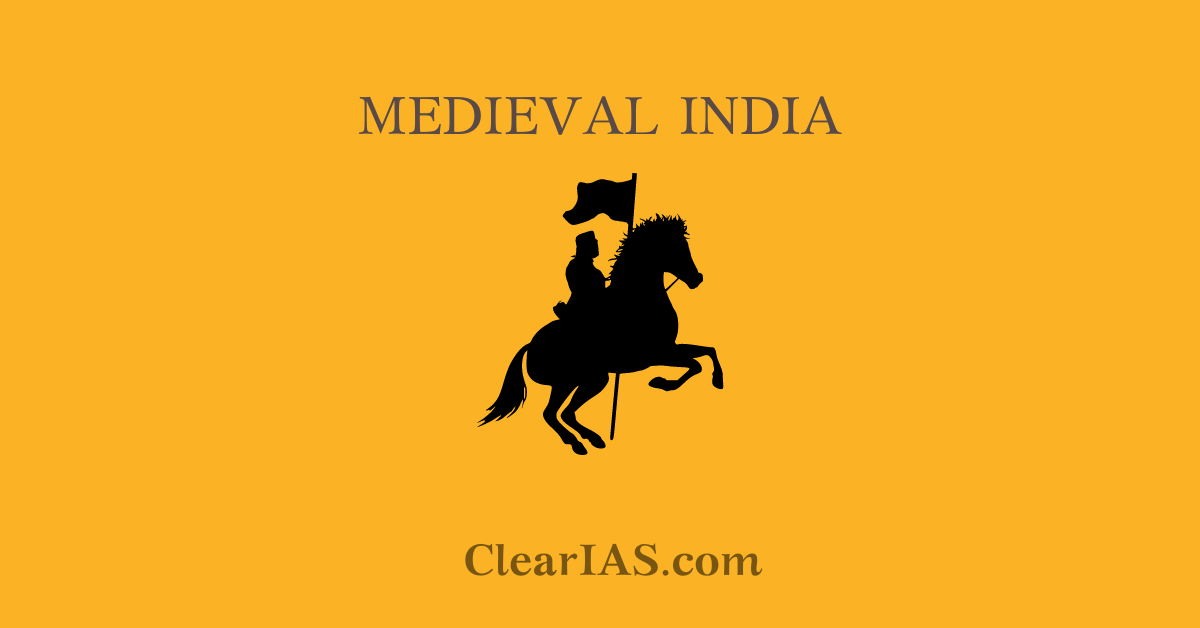 The medieval period saw the rise and dominance of Rajput Kingdoms over central and north India. Read here to know more about them.

The early medieval age, from the 7th-12th century, was the age of Rajput dominance which lasted till the Turko-Muslim conquests in the 12th century.

The Origin of Rajputs is a subject of debate as many theories support their origins such as:

Many Rajput states continued to rule over their areas even after the sultanate and the Mughal rule were established. They were the main defenders of the Hindu religion and culture against Muslim aggression.

Around 30 different Rajput kingdoms riled over central, north, and north-western India over time.

Around 1050 CE, the Gurjara Pratiharas who dominated after the tripartite struggle with the Rashtrakutas and Palas started to break away. This led to political uncertainty in the northern region of India.

The major Rajput dynasties that sprang out after declining of the Pratiharas of Kannauj are:

The Tomaras ruled parts of Delhi and Haryana between 736-1152 CE. Initially, they were the vassals of the Gurjara-Pratiharas. They had their capital at Anangpur.

They were later displaced by the Chahamanas of Shakambhari in the 12th century.

In 1152 CE, Anagpal Tomar II built a capital at Lal Kot, Delhi (the present-day area around the Qutub Minar complex).

The Rajput dynasties of Mewar

The Guhilas of Medapata (Mewar) ruled from 728 to 1303 CE. They were also Gurjara-Pratihara vassals. They assumed sovereignty after the decline of the Gurjara-Pratiharas in the 11th century.

Their capitals were at Nagahrada (Nagda) and Aghata (Ahar).

The famous Bappa Rawal was the 9th descendant who fought the battle of Rajasthan against the Arabs.

After about 500 years of rule, the Guhilas were divided into two branches-

In 1303, the last Rawal, Rata Singh was defeated and killed in battle by the Khilji dynasty ruling Delhi. After a few years, the Ranas re-established Mewar.

The origin of Chauhans is attributed to the Chahamans of shakambari in around the 6th century. They were also the vassals of Pratiharas.

When the Pratihara power declined after the Tripartite Struggle, the Chahamana ruler Simharaja assumed the title Maharajadhiraja according to the coinage found in the area.

In the 12th century, Ajayaraja II moved the kingdom’s capital to Ajayameru (modern Ajmer). After this, the Chahamana rulers were also known as the Chauhans of Ajmer.

Chauhans captured Delhi (Dhillika) from the Tomars. Later they expanded towards Punjab, which brought them into conflict with the Ghurids in Afghanistan.

The rule of Prithiviraj III came to an end after his defeat in the Second Battle of Tarain in 1192 against the Ghurids of Afghanistan led by Muhammad of Ghor.

In 1089 CE, Chandradeva established a sovereign kingdom around present-day Varanasi, after the decline of the Kalachuri power.

Between 1114 and 1155, the Gahadavala kingdom reached its zenith under the rule of Govindachandra. He annexed some of the Kalachuri territories, warded off Ghaznavid raids, and also fought the Palas of Bengal.

Later on, another branch of the family migrated to Rajasthan and established the dynasty of Kannujiya Rathores of Marwar (1126-1581 CE).

They are also called the Chaulukyas of Gujarat. (They are not the same as the Chalukyas of Vengi, Kalyani, and Vatapi).

The Chaulukyas or the Solanki dynasty was founded by Mularaja by replacing the Chavda dynasty in 940 CE.

They ruled in the areas of Gujarat, Rajasthan, and Malwa between 940 and 1244. They had their capital at Anhilwada (modern-day Patan).

It was during the reign of Bhima I of the Chaulukyas/ Solankis, that Mahmud of Ghazni sacked the Somnath temple for the first time.

In the 11th century, Solanki king Karna defeated the Bhill chief of Ashaval and established Karnavati on the banks of River Sabarmati.

The Chandelas of Bundelkhand

They ruled the Bundelkhand or Jejakbhukti region between the 9th and 13th centuries.

Nannuka was the first Chandela ruler who established a small kingdom around Khajuraho. But they were still feudatories of the Pratiharas.

In the 10th century, the Chandela ruler Yashovarman became practically became independent but continued to acknowledge the Pratihara suzerainty.

Later, under his successor Dhanga, the Chandelas became a sovereign power.

They fought battles with the neighboring dynasties, especially the Paramaras of Malwa and the Kalachuri of Tripuri.

The Chandelas built the famous Nagara-style temples of Khajuraho.

11th century onwards, the Chandelas faced raids by the northern Muslim dynasties, including the Ghaznavids and the Ghurids.

By the beginning of the 13th century, the Chandela power effectively ended, following Chahamana and Ghurid invasions.

They ruled the Malwa (western Madhya Pradesh) region between the 9th and 14th centuries. They had their capitals at Ujjain and Dhara.

They were the vassals of the Rashtrakutas of Manyakheta.

The Paramaras were Shaivites and built many Shiva temples during that time.

Between 1010 and 1055, the Paramaras reached their peak under Raja Bhoja.

In 1305, the last Paramara king Mahalakadeva was defeated and killed by the forces of Sultan Alauddin Khilji.

The Rajputs were chivalrous and a warrior class and believed in protecting the weak.

They were followers of Hinduism but patronized Buddhism and Jainism as well.

The system of administration was feudatory and the kingdom was divided into jagirs held by the jagirdars.

Literature, art, and architecture in the Rajput Kingdoms

The failure of the Rajput kingdoms

The struggle for domination in north India kept these Rajput kingdoms in conflict with each other.

Their lack of unity was the sole reason that the invading Ghurids and Ghaznavids were successful in their raids.

The inter-caste conflicts also weakened the kingdoms which the Islamic invaders took advantage of.