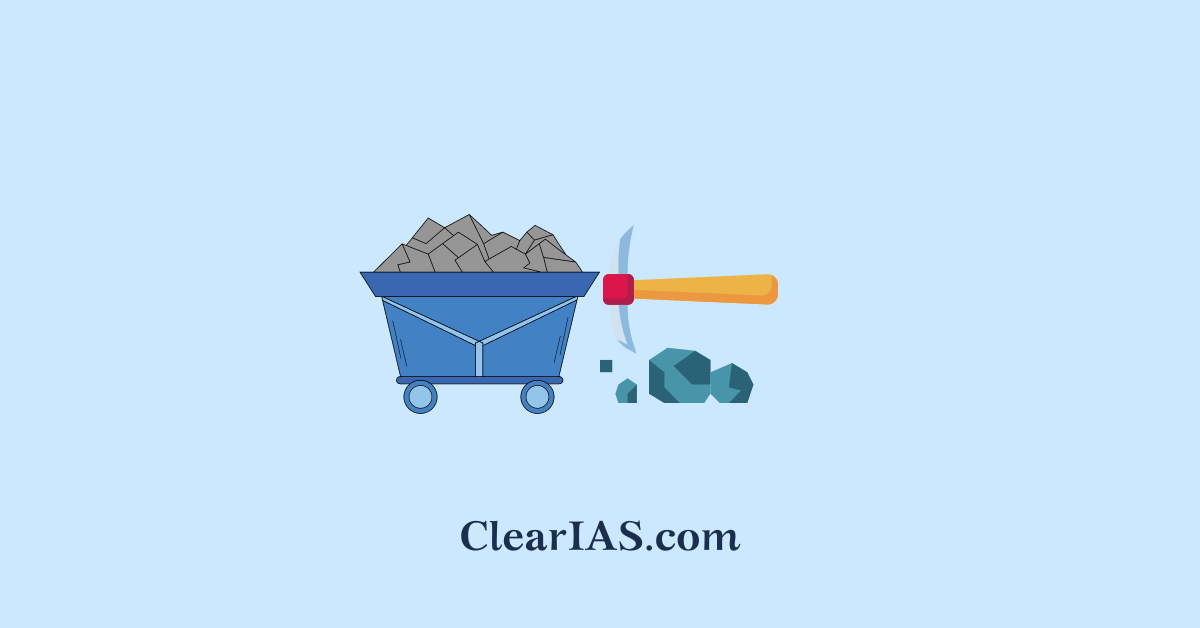 What are the Salient features of the Mines and Minerals (Development and Regulation) Amendment Bill of 2021?Read further to know more.

It is said that the Mines and Minerals (Development and Regulation) Bill 2021 will revolutionize the industry and significantly improve the share of the natural resources sector in the national economy.

The mining sector of India is regulated by the Mines and Minerals (Development and Regulation) Act, 1957 and mandates the requirement for granting leases for mining operations.

The allocation of mineral resources, prior to 2015 was through the ‘first come first serve’ method which was a discriminatory method, and the decision-making process was not transparent.

Moreover, the process prevailing for the renewal of mining leases was acting as an obstacle in attracting large-scale investment in the mining sector.

So, such allocation of mineral concession was not creating any profit or generating any revenue to the Government other than royalty. Consequently, there was a slowdown in the grant of new concessions and the renewal of existing ones.

As a result, the mining sector began to see a reduction in production, which had an impact on the downstream manufacturing sector, which is heavily dependent on the raw materials supplied by the mining sector.

Therefore, the government has carried out a series of reforms in the mining sector since 2015. Mainly:

Now, the Mines and Minerals (Development and Regulation) Amendment Act, 2021 has been enacted in an effort to boost India’s GDP to $5 trillion and double its job potential in the next five years.

Reason for Reforms and Amendments

About 1.1 crore people are directly and indirectly employed in the mining sector, which also provides employment for about 5.5 crore people. If job potential doubles over the course of the next five years, 10 crore individuals might profit from the sector.

It is estimated that mining contributed Rs 4.10 lakh crore to India’s GDP in the Financial Year (FY) 2018-19. By FY 24–25, it is intended to increase mining’s contribution to Rs 8 lakh crore.

The Mines and Minerals (Development and Regulation) Amendment Act 2021

The salient features of the amendment act are:

Removing the distinction between captive and merchant mines. It allows all captive mines to sell up to 50% of the minerals produced during
the year after meeting the requirement of the attached plant. All future auctions will be without any end-use restrictions.

Removal of restriction on end-use of minerals

The Act gives the government the authority to reserve any mining (apart from coal, lignite, and atomic materials) for leasing through an auction for a specific end-use (such as an iron ore mine for a steel plant). These mines are referred to as captive mines. The Bill provides that no mine will be reserved for particular end-use.

Substitution of ‘mining operations’ with ‘production and dispatch’. Since the term mining operations is very generic and has multiple interpretations, it was difficult to cancel nonproducing leases.

Redistributing government companies’ non-producing mining blocks, as many of the blocks reserved for them take a long time to get into production.

To promote ease of doing business

Validity of statutory clearances of expired mining leases to continue even after expiry or termination of mining lease and shall be transferred to the next lessee of the mine. In spite of a change in lessee, this will guarantee continuity in mining operations and production.

Allow the transfer of all mineral concessions without any charges.

By adding a definition to Section 21, the phrase “without lawful authority” was made clearer. Now, miners can only be punished under this section if they raise, transport, or cause to raise or transport any mineral without a prospecting license, mining lease, or composite license, or if they do so in violation of the rules established under Section 23C.

Empowered the central government to conduct auctions in situations where states encounter difficulties or fall short of deadlines set in consultation with state governments.

The second Schedule of the Mines and Minerals (Development and Regulation) Act, 1957 has been amended. The schedule specifies the rate of royalty in respect of certain minerals and metals i.e. Emerald, Glauconite and Potash, Molybednum, andalusite, and Platinum Group of Metals.

Implications of the 2021 Amendment

Implications of the amendment are:

It will promote the development of industries close to the mines, which are typically located in remote regions.

Re-allocation will be made

Now there are more blocks up for auction. In terms of auction premiums, it will boost the revenue of the States.

This will ensure a time-bound start and continuation of production and dispatch from mines and will boost the availability of minerals in the market.

Validity and transfer of statutory clearance of expired mines

In spite of a change in lessee, this will guarantee continuity in mining operations and production.

It will eliminate the need to repeatedly and laboriously obtain approvals that have already been granted with respect to such Mines.

Boost the exploration of Minerals

By creating an equal playing field for public and private organizations, it will speed up exploration and enhance technologies in mineral exploration.

NMET (National Mineral Exploration Trust) will become an autonomous body to advance exploration by collaborating with both public and private organizations.

In order to increase employment opportunities and investment in the mining sector, including coal, the latest Amendment through the Mines and Minerals (Development and Regulation) Amendment Bill of 2021 establishes the objective to fully utilize the potential and capacity of the mineral sector. Additionally, the time-bound operationalization of mines, including maintaining endurance in mining operations following a change of lessee, speeding up exploration of mineral resources, and raising revenue to the States are all part of the consequential intention.