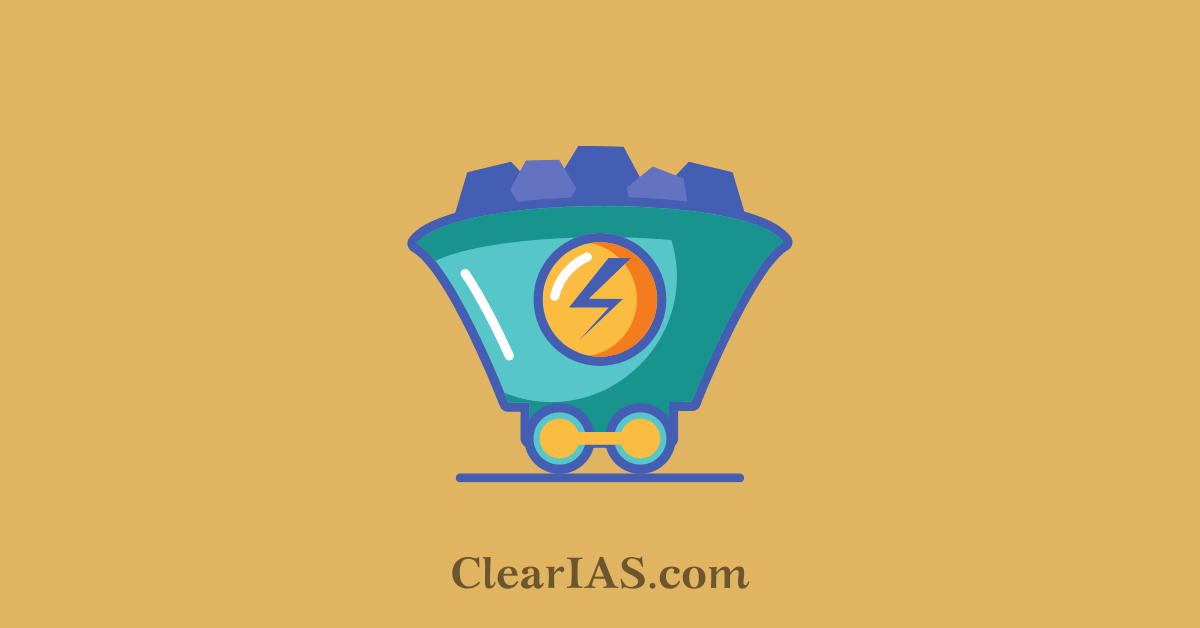 The coal mining sector accounts for more than 55% of India’s energy needs even today. Read here to know about the new reforms in the sector.

High global prices may lead to domestic crunch: A sharp uptick in international and domestic coal prices due to the ongoing Russia-Ukraine conflict is set to impact import-dependent power producers as well as steel, cement, and aluminum producers.

Coal is one of the most important primary fossil fuels, a solid carbon-rich material that is usually brown or black and most often occurs in stratified sedimentary deposits.

In addition, gasification and liquefaction of coal produce gaseous and liquid fuels that can be transported by pipeline and stored in tanks. 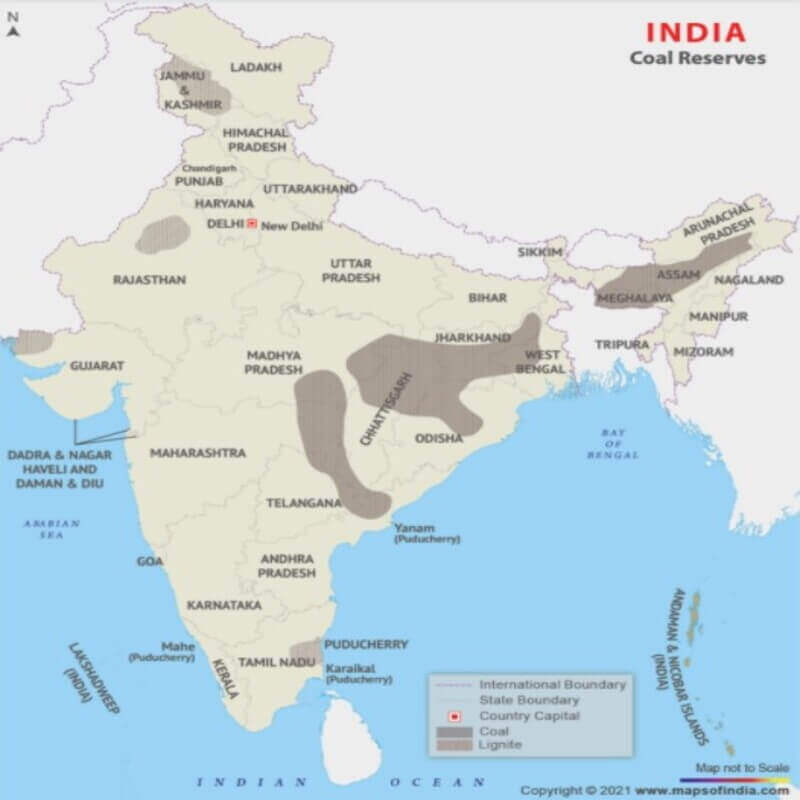 Coal mining was started during the rule of the East India Company in 1774 in the Raniganj coalfield along the western bank of the Damodar river.

To increase coal production, the focus of the Government is on accelerating domestic production of coal through the allocation of more coal blocks, pursuing with the State Government for assistance in land acquisition, and coordinated efforts with Railways for the movement of coal.

In addition, the following actions have been taken by Government to further enhance the production of coal in the country.

Allowed sale of excess coal production: The Ministry of Coal has amended Mineral Concession Rules, 1960 to allow the sale of coal or lignite, on payment of an additional amount to the State Government.

Rolling Auctions: To expedite the process for conducting auctions and to carry out more rounds of auctions in a year, a mechanism of rolling auctions of coal mines has been planned.

Coal India Limited (CIL) has envisaged a coal production program of one Billion Tonne from CIL mines. CIL has taken the following steps to achieve the target of augmentation of coal production capacity.

In India, the energy transition away from coal is not happening in the foreseeable future. Although there will be a push for renewable/non-fossil-based energy, the share of coal in the energy basket is going to remain significant in the years ahead.

Thus, as of now, there is no scenario of energy transition away from coal affecting any stakeholders involved in coal mining.

But India still imports a large amount of coal from outside and many companies have acquired coal mines overseas to ensure a continuous supply.  This scenario exists due to the low productivity of coal and other factors like environmental issues affecting the mining activities.

Latest technologies to improve the quality of coal mining

Coal Companies have been taking assistance from International Agencies/companies for guiding and monitoring the adoption of best mining practices and technology for coal mining.

Efforts to reduce pollution due to coal mining

Coal mining has impacts on the native environment, which are generally contained within the mining area itself.

The impact of mining activities involving drilling, blasting, loading, and transport of coal is the generation and dispersion of suspended particulate matter in the atmosphere for which various air pollution control measures have been prescribed.

Before commencement of mining, all mines must obtain Environmental Clearance (EC) from MoEF&CC for which, a detailed Environment Impact Assessment (EIA) is carried out, and accordingly a comprehensive Environment Management Plan (EMP) with all safeguards is prepared.

All mitigation measures are to be taken up by coal companies, for which funds are earmarked in project reports/schemes/mine closure plans/revenue and capital budgets of respective projects.

Thus, the present system of regulating environmental matters through MoEF&CC and CPCB/ SPCBs has an inbuilt mechanism in place for environmental protection in and around coal mining areas

India needs to address the energy issues through clean coal and take advantage of the presence of interested private players in the mining sector.