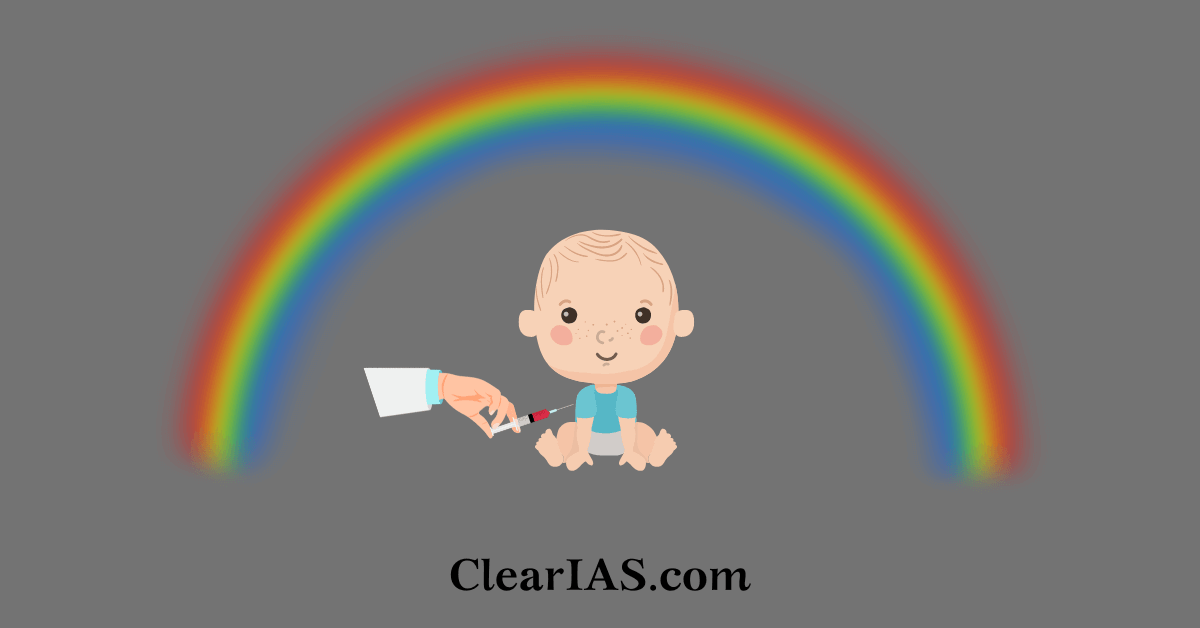 The various States and UTs have started the implementation of the Intensified Mission Indradhanush 3.0.

What is Mission Indradhanush?

The Ministry of Health and Family Welfare introduced Mission Indradhanush on December 25, 2014. Immunization coverage rose from 61% to 65% between 2009 and 2013, which represents a 1% annual increase.

To reach the goal of complete coverage by 2020, the Indradhanush mission has been undertaken to speed up the immunisation process by protecting 5% or more children each year.

The goal of Mission Indradhanush

How is the government going about the implementation?

What’s interesting about the Phase 1 districts?

These 201 high-focus districts in the country have nearly 50% of all unvaccinated or partially vaccinated children!

With a focus on districts with poor immunisation coverage, Mission Indradhanush will be a nationwide immunisation push to strengthen the major functional areas of immunisation to ensure high coverage throughout the nation.

The broad strategy, based on evidence and best practices, will include four basic elements-

To encourage a coordinated and synergistic approach to boost routine immunisation coverage in the nation, the Ministry of Health and Family Welfare will develop partnerships with other Ministries, ongoing programmes, and international partners.

Why is routine immunization so critical for India and the South-East Asia Region?