Our Geography notes continue. Having covered the most important concepts in land, we are now dealing with the water (hydrosphere). In the last article, we have seen the ocean bottom topography. In this comprehensive post, we will cover the movements of ocean water – waves, tides and ocean currents. We hope the notes will turn highly handy for quick learning and last-minute revision.

Movements of ocean water: The classification

The major movements of the ocean waters can be classified into three. They are: 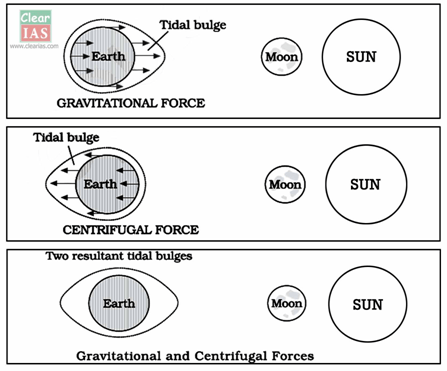 A. Tides based on the frequency

B. Tides based on the sun, the moon, and the earth’s positions

1. Spring Tides: When the sun, the moon, and the earth are in a straight line, the height of the tide will be higher than normal. These are called as a spring tides. They occur twice in a month-one on the full moon (Poornima) and the other on the new moon (Amavasya). 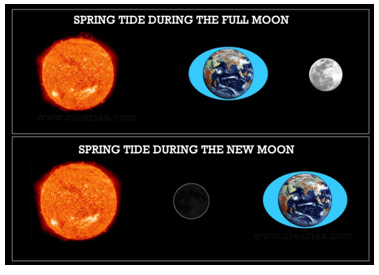 2. Neap Tides: Normally after seven days of a spring tide, the sun and the moon become at a right angle to each other with respect to the earth. Thus, the gravitational forces of the sun and the moon tend to counteract one another. The tides during this period will be lower than the normal which are called as the neap tides. They also occur twice in a month- during the first quarter moon and the last quarter moon.

Perigee: When the moon’s orbit is closest to the earth, it is called as perigee. During this period, unusually high and low tide occur.

Apogee: When the moon’s orbit is farthest from the earth, it is called as apogee. Tidal ranges will be much less than the average during this period.

Perihelion: It is the position where the earth is closest to the sun (around January 3rd). Unusual high and low tides occur during this time.

Aphelion: It is the position where the earth is farthest from the sun (around July 4th). Tidal ranges are much less than the average during this period. 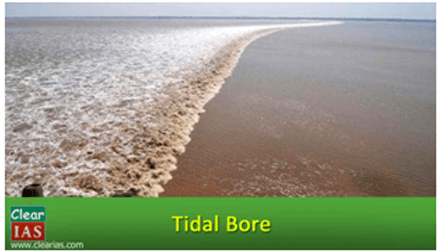 When the leading edge of the incoming tide forms a wave/ waves of water that travel up a river or a narrow bay against the direction of the river or bay’s current, it is called as a tidal bore. The Indian rivers like the Ganges, Brahmaputra, Indus, etc exhibits tidal bores.

The intertidal zone, also known as the foreshore and seashore and sometimes referred to as the littoral zone, is the area that is above water at low tide and under water at high tide (i.e., the area between the tide-marks). 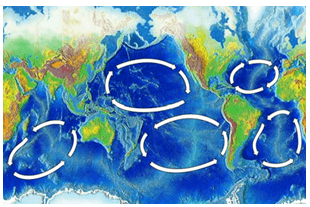 The ocean currents can be also classified as:

Factors influencing the origin and nature of ocean currents 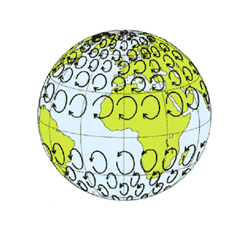