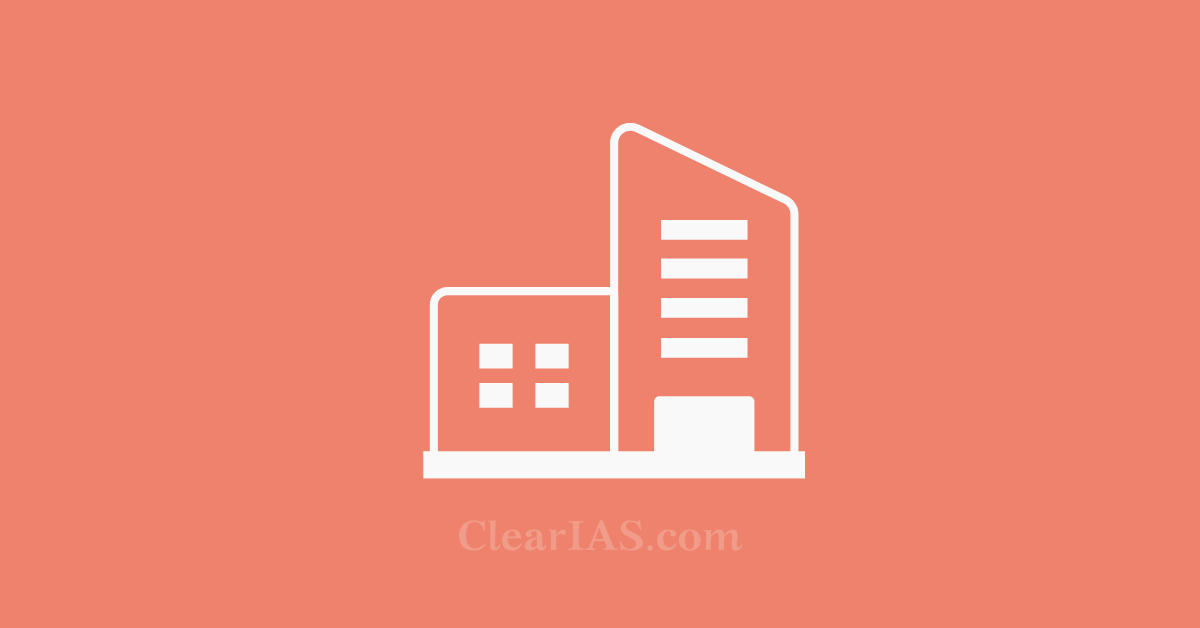 In this post, we shall learn about Non-Constitutional Bodies in India.

What is meant by a Non-Constitutional Body?

A non-constitutional body is an organisation or institution which is not mentioned in the Constitution of India.

Usually, a non-constitutional body derives in powers from corresponding laws passed by the Indian Parliament.

There are also non-constitutional bodies that derive power based on Indian Government Orders (Executive Resolution). 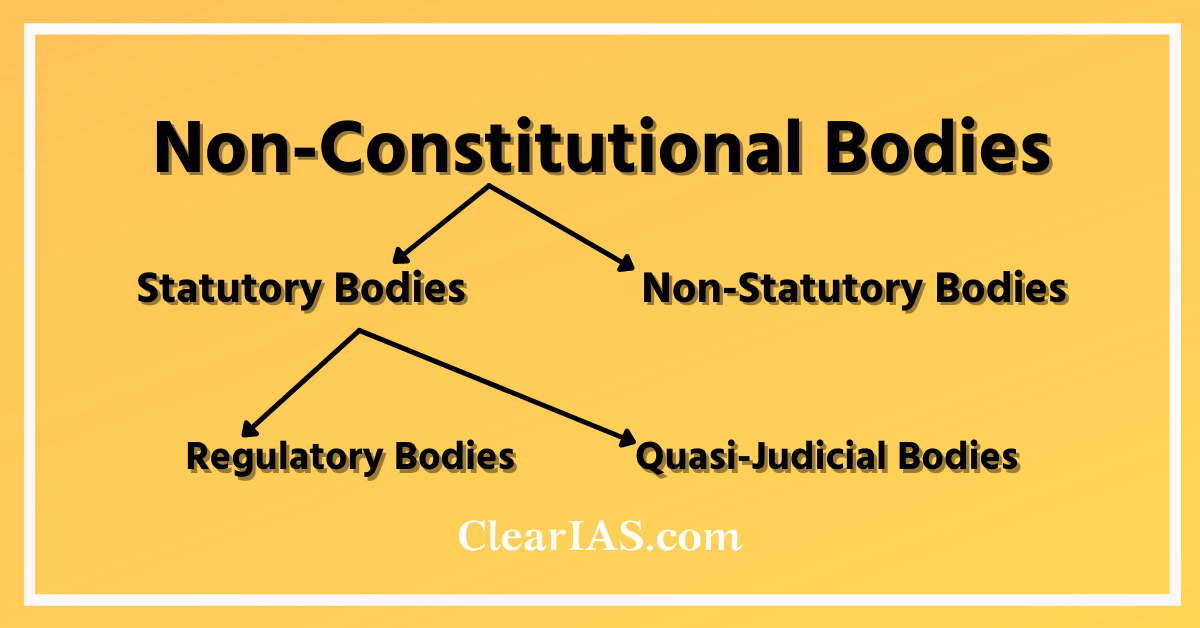 Based on how the body derives its power, non-constitutional bodies can be broadly classified into two – (1) Statutory Bodies (2) Non-Statutory Bodies.

Statutory Bodies can be further classified into two based on their roles and responsibilities. They are (1) Regulatory Bodies (2) Quasi-Judicial Bodies.

Note: One statutory body can be both regulatory as well as quasi-judicial in nature. Eg: RBI, SEBI etc.

Note: ‘Quasi’ is Latin for “as if.” Quasi-Judicial bodies have a partly judicial character.

They possess the right to hold hearings and conduct investigations into disputed claims and alleged infractions of rules and regulations. They make decisions in a similar manner as courts.

UPSC CSE Questions from the topic

1. Petroleum and Natural Gas Regulatory Board (PNGRB) is the first regulatory body set up by the Government of India.

2. One of the tasks of PNGRB is to, ensure competitive markets for gas.

3. Appeals against the decisions of PNGRB go before the Appellate Tribunals for Electricity.

2 Question 2019) In India, which of the following review the independent regulators in sectors like telecommunications, insurance, electricity, etc.?