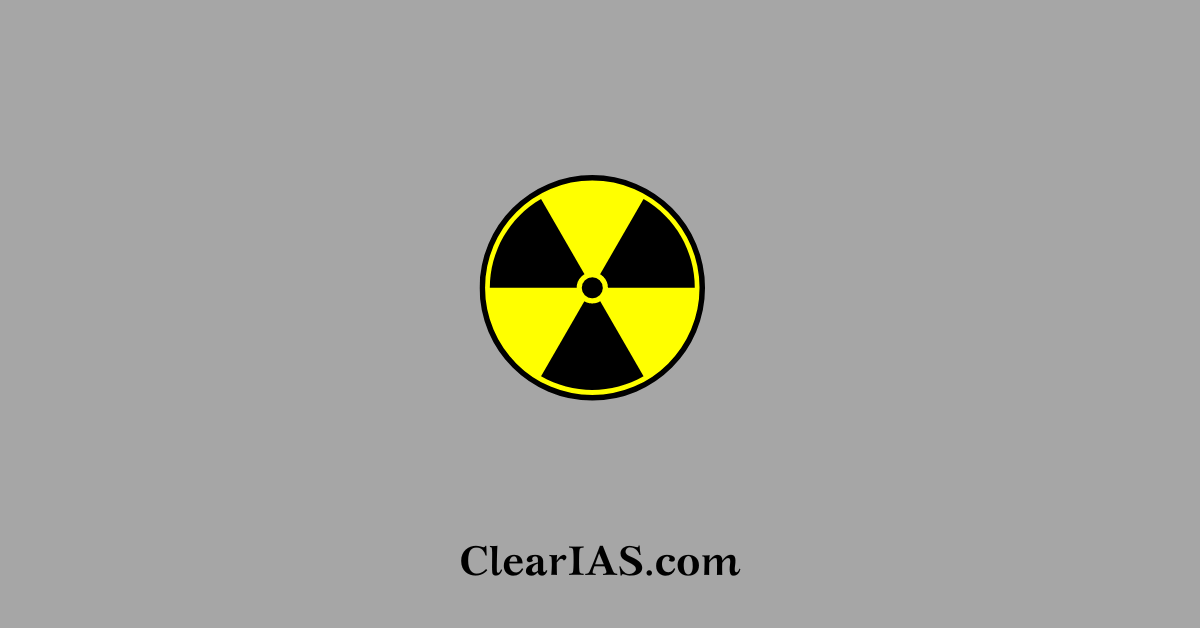 In recent times, the world has been dealing with a power and energy crisis. While the factors that caused this emergency differ from country to country, the upshot has been a clamour to reduce dependence on fossil fuels and look for viable alternatives. In this context, Nuclear Energy has a lot to offer. Read more about Nuclear Energy here.

In order to meet the energy crises, Nuclear energy is said to be the most efficient way of bringing out energy.

Nuclear Energy is the cheapest, greenest and safest source of energy currently known to man.

What is Nuclear Energy?

Nuclear Energy is the energy in the nucleus or core of an atom. Tiny units that make up all matter in the universe are called atoms.

Nuclear energy is the energy in the nucleus, or core, of an atom. Atoms are tiny units that make up all matter in the universe, and energy is what holds the nucleus together.

There is a huge amount of energy in an atom’s dense nucleus. In fact, the power that holds the nucleus together is officially called the “strong force.”

Nuclear energy can be used to create electricity, but it must first be released from the atom. In the process of nuclear fission, atoms are split to release that energy.

How Nuclear Energy is produced?

In a nuclear reactor, atoms of uranium are forced to break apart. As they split, the atoms release tiny particles called fission products.

Fission products cause other uranium atoms to split, starting a chain reaction. The energy released from this chain reaction creates heat.

The heat created by nuclear fission warms the reactor’s cooling agent. A cooling agent is usually water, but some nuclear reactors use liquid metal or molten salt.

The cooling agent, heated by nuclear fission, produces steam. The steam turns turbines, or wheels turned by a flowing current. The turbines drive generators or engines that create electricity.

Rods of material called nuclear poison can adjust how much electricity is produced. Nuclear poisons are materials, such as a type of the element xenon, that absorb some of the fission products created by nuclear fission.

The more rods of nuclear poison that are present during the chain reaction, the slower and more controlled the reaction will be. Removing the rods will allow a stronger chain reaction and create more electricity.

Nuclear power is the 4th largest source of electricity in India after thermal, hydroelectric and renewable sources of electricity.

Approximately 2.5% of India’s energy requirements are met through nuclear energy.

India has 22 nuclear reactors in operation in 7 nuclear power plants, having an installed capacity of 6780 MW.

Till 2009, India was excluded from global nuclear trade as it was a non-signatory of the Nuclear Non-proliferation treaty due to its nuclear weapons program. This was a hindrance to the development of India’s Civil Nuclear energy program. 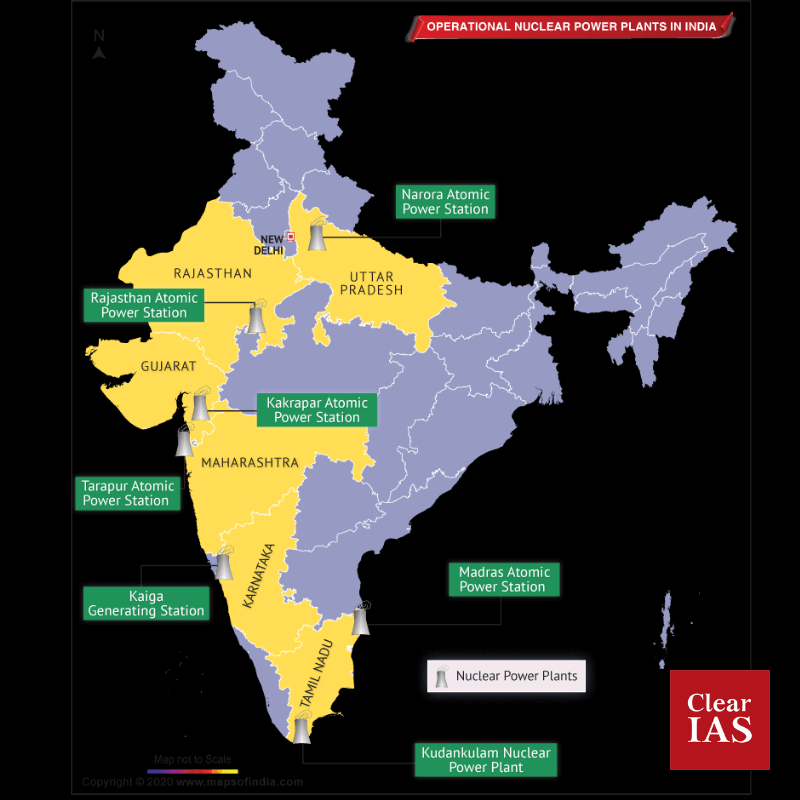 Components of a nuclear power plant: 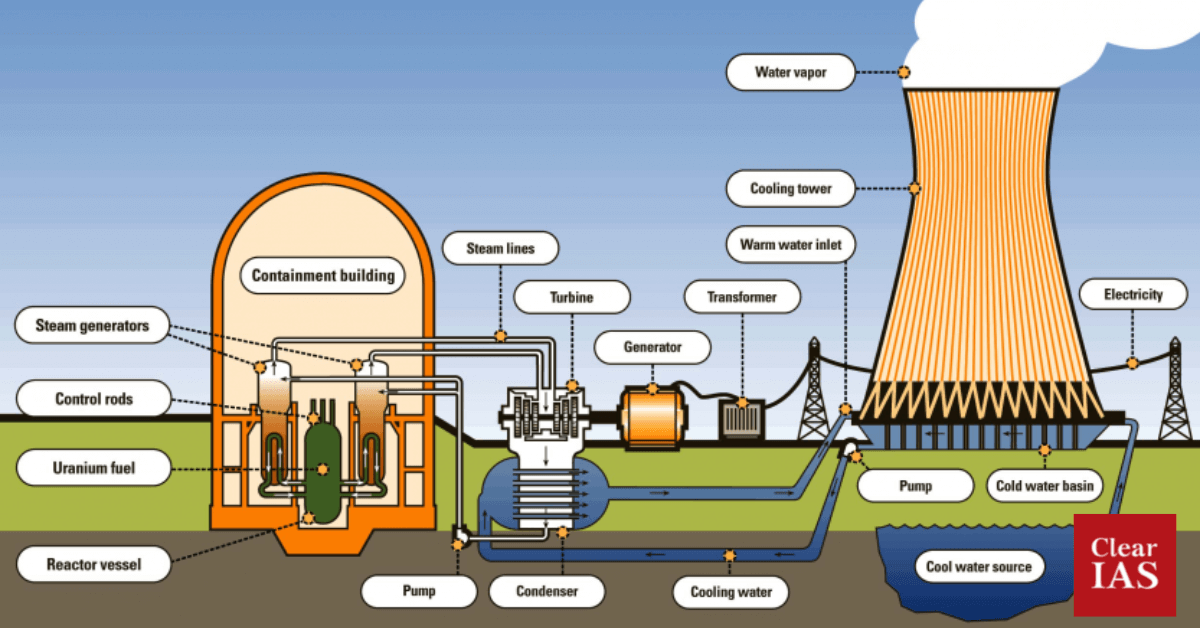 There are several components common to most types of reactors: