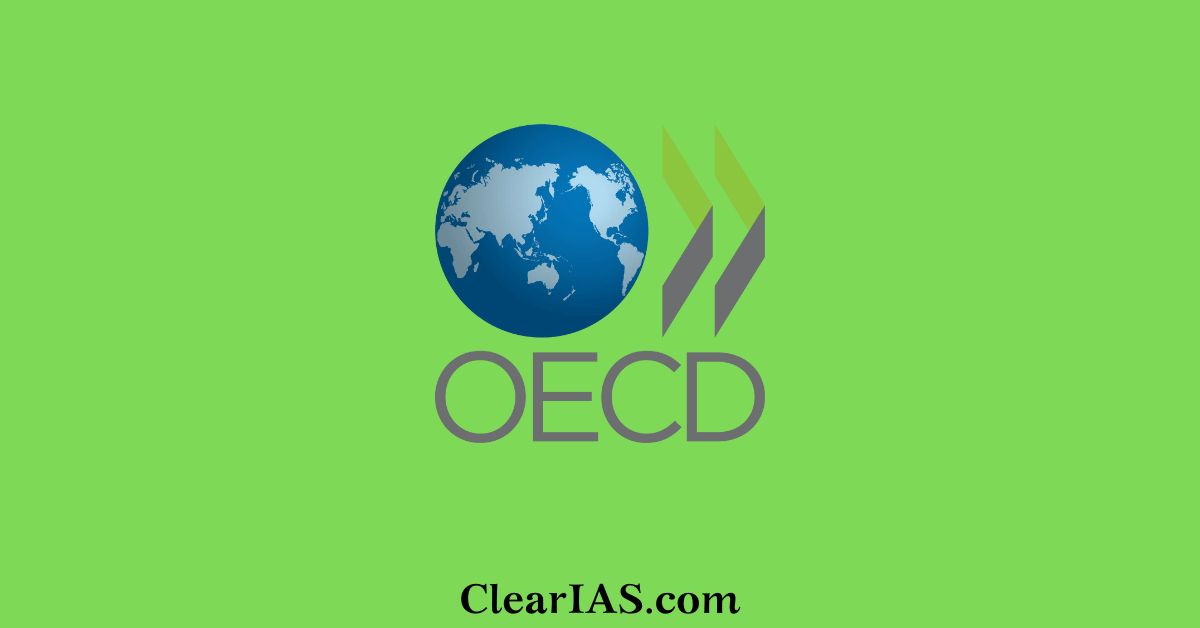 What is Organisation for Economic Co-operation and Development (OECD)? What are the development objectives of the OECD? How is this organisation composed? Let’s see how OECD works in facilitating economic growth.

There are organisations working on fostering economic development and fighting poverty through the advancement of economic stability and cooperation.

Organisation for Economic Co-operation and Development (OECD) collaborates with market-based economies to develop policy standards for the promotion of sustainable economic growth.

What is Organisation for Economic Co-operation and Development (OECD)?

The Organisation for Economic Co-operation and Development (OECD) is an international, intergovernmental economic organization of 38 countries with market economies that work with each other, as well as with more than 70 non-member economies to promote economic growth, prosperity, and sustainable development.

The organisation’s headquarters is at the Château de la Muette in Paris, France.

OECD provides its members with a forum in which governments can work together to share experiences and seek solutions to common problems.

Most members in the organisation are high-income economies with a very high Human Development Index (HDI) and are regarded as developed countries.

This corporation is known as a statistical agency, as it publishes comparable statistics on a wide number of subjects.

OECD originated in 1948, as the Organisation for European Economic Co-operation (OEEC). OEEC was renamed as the OECD in 1961 when the USA and Canada joined to reflect a broader membership.

It was reformed in subsequent years as OECD by the Convention on the Organisation for Economic Co-operation and Development.

OECD originated in 1948, as the Organisation for European Economic Co-operation (OEEC). OEEC was renamed as the OECD in 1961 when the USA and Canada joined to reflect a broader membership.

It was reformed in subsequent years as OECD by the Convention on the Organisation for Economic Co-operation and Development.

It is an official Permanent observer of the United Nations and is referred to as a think-tank or as a monitoring group.

The objectives of the Cooperation include fostering economic development and cooperation and fighting poverty through the promotion of economic stability.

It also ensures that the environmental impact of growth and social development is always considered.

To promote policies that will improve the economic and social well-being of people around the world.

To provide a forum of countries describing themselves as committed to democracy and the market economy.

To provide a forum in which governments can work together to share experiences and seek solutions to common problems.

Over the years, it has raised the standards of living in multiple countries. It has also contributed to the expansion of world trade. 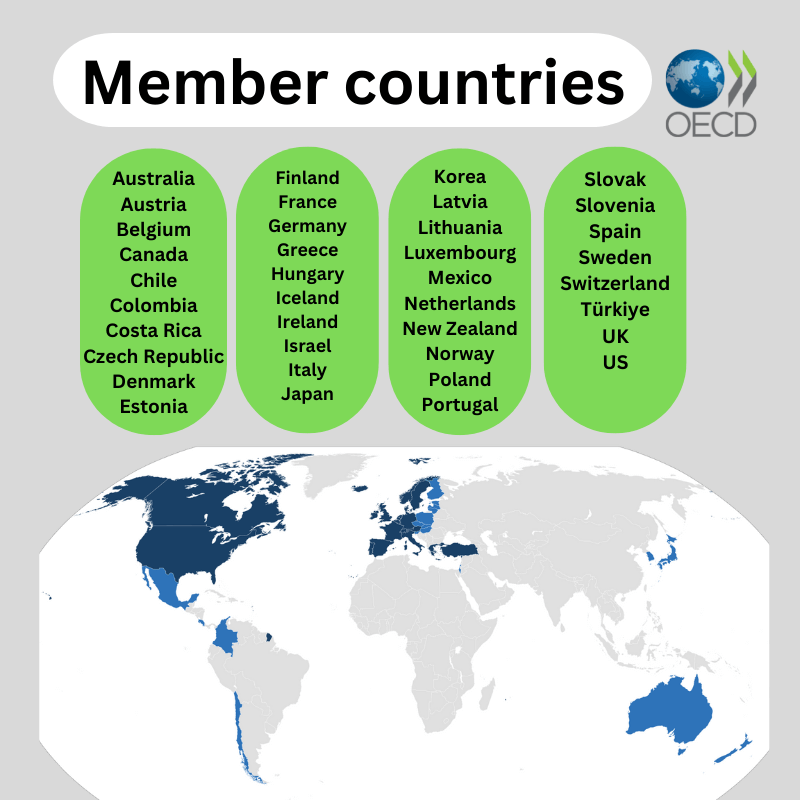 OECD currently has 38 member nations and the Member Countries are each represented by a delegation led by their ambassadors.

Colombia has been invited to join while six other countries (Argentina, Brazil, Bulgaria, Croatia, Peru, and Romania) request to join is under the consideration of the OECD.

Under the direction and guidance of member governments, it also researches social changes or evolving patterns in trade, environment, education, agriculture, technology, taxation, and other areas.

OECD is funded by its member countries. National contributions are based on a formula that takes into account the size of each member’s economy. Countries may also make voluntary contributions to financially support outputs in the OECD program of work.

There are about 200 committees, working groups and expert groups. Committees discuss policies and review progress in the given policy area.

OECD Secretariat is led by the Secretary-General and provides support to Standing and Substantive Committees. It is organized into Directorates.

The European Commission participates in the work of the OECD alongside the EU member states.

Exchanges between governments benefit from the information, analysis, and preparation of the OECD Secretariat.