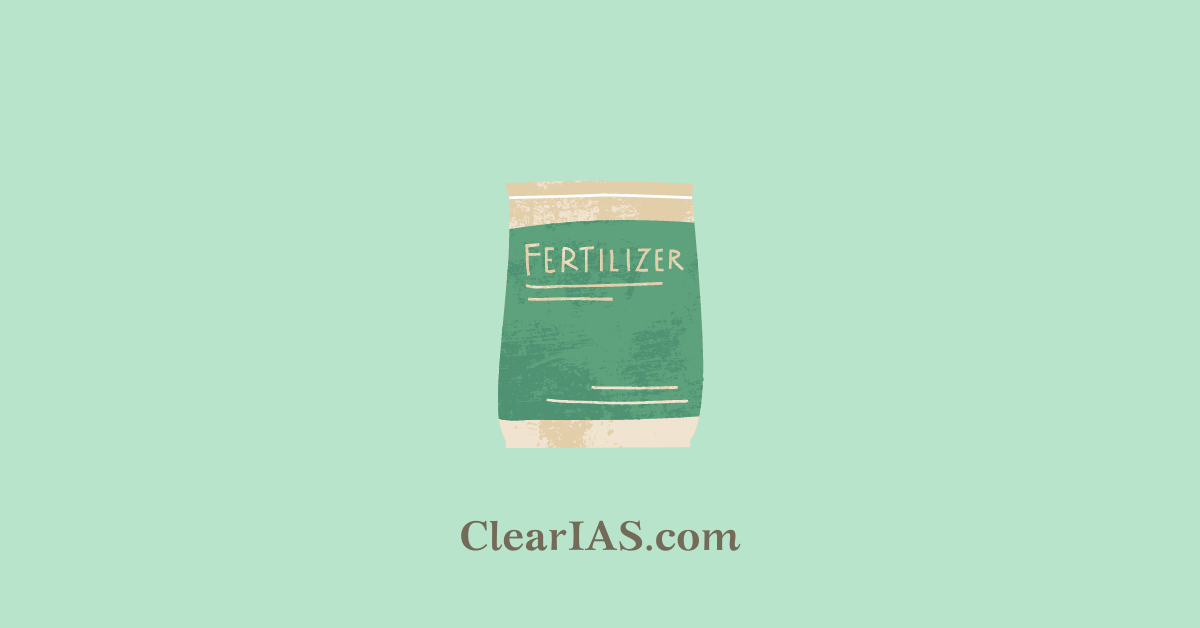 The ‘One Nation, One Fertiliser’ (ONOF) scheme or the Pradhan Mantri Bhartiya Jan Urvarak Pariyojana was launched during PM Kisan Samman Sammelan 2022.

The scheme was launched by the Ministry of Chemicals and Fertilisers. Under the scheme “Single Brand for Fertilisers and Logo” is introduced.

Moreover, during the event, ‘Indian Edge’, an e-magazine on fertilizer was also launched.

What is the One Nation One Fertilizer (ONOF) Scheme?

Under the “One Nation One Fertilizer” (ONOF) scheme, all manufacturers participating in the Center’s fertilizer subsidy scheme will be required to use a single brand and logo for fertilizers.

Under this, all types of fertilizers, including Di-ammonium Phosphate (DAP), Nitrogen, Phosphorus, Potassium (NPK), and urea, will be sold under the brand name “Bharat”.

The initiative was taken to standardize fertilizer brands across the country irrespective of the company manufacturing it.

Benefits of the ONOF Scheme

Affordably priced, high-quality Bharat brand fertilizer will be made available to farmers through the “One Nation, One Fertilizer” (ONOF) scheme.

It will clear up the confusion of farmers regarding the availability and quality of fertilizers.

It will result in the reduction of the cost and increase their availability.

Criticism of the ONOF Scheme

Commoditizing fertilizers could have an adverse effect on their quality, and deter manufacturers from introducing newer, more effective goods into the market because there would be less opportunity to establish a distinctive brand name.

It will reduce the manufacturer mere as importers or contractors of fertilizers.

It will impact the government’s target under Atmanirbhar Bharat to become self-sufficient in fertilizers, which India is currently importing in large quantities.

The Kendras are expected to act as a one-stop shop that provides multiple services to farmers.

Agri-inputs like seeds, fertilizer, and farm equipment will be provided via PM-Kisan Samruddhi Kendras (PM-KSK), along with soil, seed, and fertilizer testing facilities and information on government programs.

Moreover, to provide this service to its nearest, 3.5 lakh retail stores selling fertilizer will be transformed into PM-KSKs.

Fertilizers are used to increase and supplement the need for nutrients in the topsoil that are necessary for plant growth. Nitrogen (N), phosphorus (P), and potassium make up the majority of these nutrients (K).

The most abundant fertilizer produced in 2021–2022 will be urea (24.6MMT), followed by diammonium phosphate (DAP) 3.77MMT, and complex fertilizers 9.32 MMT which includes ammonium nitrate, ammonium phosphate, nitro-phosphate–potash, and muriate of potash (MOP).

Government spending on fertilizer subsidies is second only to food subsidies in terms of expenditure each year (estimated to be above Rs. 2 lakh crore in 2022-23).

While the government does not formally limit the price of other fertilizers like diammonium phosphate (DAP) and muriate of potash (MOP), the manufacturers do function under a subsidy system that compels them to sell at or around an MRP.

However, businesses previously sold the product under their own brand names rather than those of the government.

Area of Concern related to the Fertilizer Industry

The fertilizer industry is heavily regulated, which results in a significant distortion in the sector, as the Chief Economic Advisor stated in the Economic Survey of 2016. The subsidy, which was created to assist small farmers, only benefits a small fraction of them; “24% is spent on inefficient urea producers; of the remaining, 41% is diverted to non-agricultural uses and abroad; of the remaining, 24% is used by larger, presumably richer, farmers.”

Industry experts and economists have been urging more reforms in the fertilizer sector for some time in order to lower the enormous subsidy bill and keep the balance of nutrients in nitrogen, phosphorous, and potassium (N, P, and K) fertilizers, which is now skewed in favor of urea.

Thus, experts recommend Direct Benefit Transfer (DBT) to farmers and decontrolling fertilizer prices so that the system empowers farmers by allowing them a variety of options and encourages manufacturers to produce better goods. All of these would ultimately assist in lowering the subsidy bill.

As a result, the government is trying DBT in fertilizers on a pilot basis.

By the first of March 2018, the Department of Fertilizers had effectively implemented the Direct Benefit Transfer system throughout all States and U.T.s.

The fertilizer DBT system releases 100% of the subsidy on various fertilizer grades to the fertilizer companies based on the actual sales made to farmers.

Dedicated fertilizer beneficiary database: A dedicated database will reduce the government’s struggle to accurately target the intended beneficiaries, which will further reduce its expenditure on the subsidy.

Capping fertilizer entitlement: It is necessary to assess and limit the amount of fertilizer a farmer can buy in a particular farming season which could be possible with the help of a dedicated database.

Change in the provision of production plant-wise subsidy: To encourage effective fertilizer production facilities and deter ineffective and expensive manufacturing plants, the government must alter its urea subsidy policy.

Indiscriminate use of urea: Because urea receives a higher subsidy than other fertilizers, it is more affordable, which encourages indiscriminate use. As a result, the cost of government subsidies goes up. Additionally, this affects the soil’s N-P-K ratio, harming the quality of the crops and the entire farming ecology.

Direct Cash Transfer to the farmers: It has been suggested by policymakers to shift the fertilizer subsidy from fertilizer corporations to the bank accounts of farmers. It is expected that the planned direct cash transfer (DCT) will promote farmers to use fertilizer judiciously and effectively while lowering program administrative costs for the GoI.