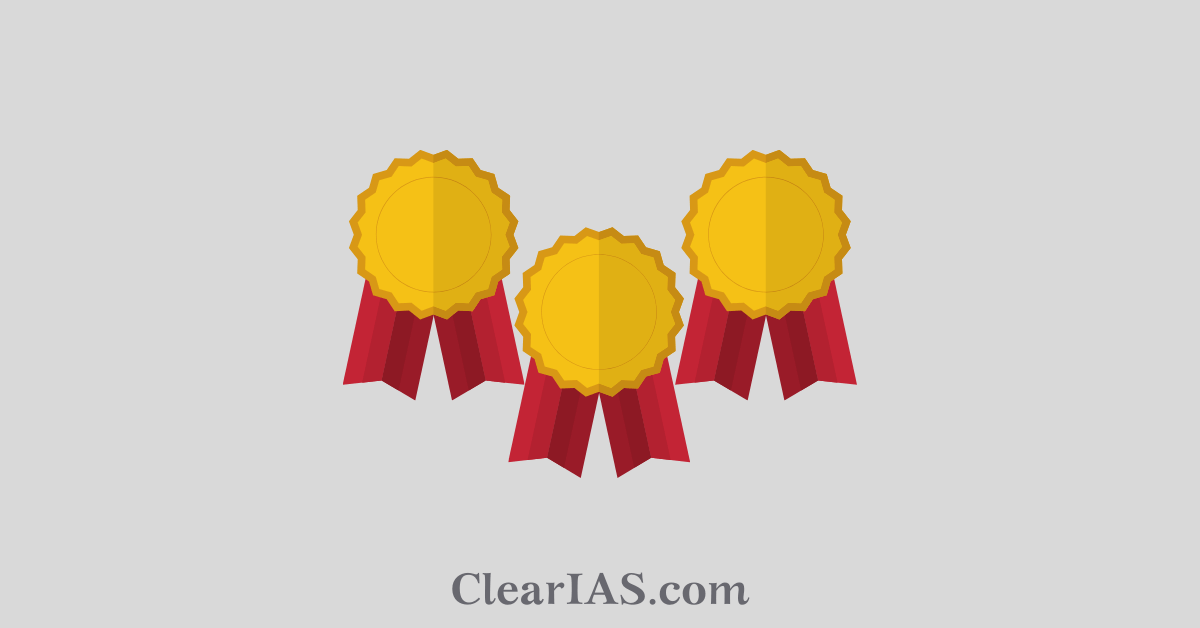 The Padma Awards are one of the highest civilian honours of India. They are announced annually on the eve of Republic Day.

The awards come under the aegis of the Ministry of Home Affairs.

The Awards are given in three categories:

The award seeks to recognize achievements in all fields of activities or disciplines where an element of public service is involved.

The Padma Awards are conferred on the recommendations made by the Padma Awards Committee, which is constituted by the Prime Minister every year. The nomination process is open to the public. Even self-nomination can be made.

The Government of India instituted two civilian awards, the Bharat Ratna and Padma Vibhushan in 1954. 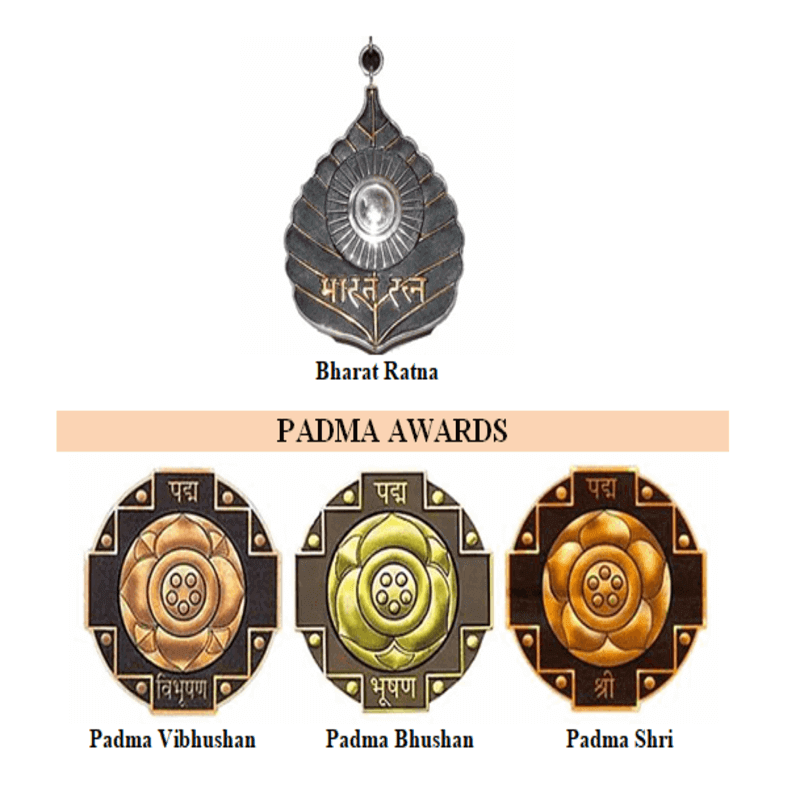 Bharat Ratna is the highest civilian award in the country. It is awarded in recognition of exceptional service/performance of the highest order in any field of human endeavour. It is considered on a different level from Padma Award.

Padma Awards, which were instituted in the year 1954, is announced every year on the occasion of Republic Day except for brief interruption(s) during the years 1978 and 1979 and 1993 to 1997.

The constitutional validity of Padma Awards was challenged in 1992 in Kerala and Madhya Pradesh concerning the Public interest Litigation filed. The award was suspended until the issue was resolved in the respective courts.

The award seeks to recognize works of distinction and is given for distinguished and exceptional achievements/service in all fields of activities/disciplines.

The award is normally not conferred posthumously. However, in highly deserving cases, the Government could consider giving an award posthumously.

A higher category of Padma award can be conferred on a person only where at least five years have elapsed since the conferment of the earlier Padma award. However, in highly deserving cases, a relaxation can be made by the Awards Committee.

The recipients are also given a small replica of the medallion, which they can wear during any ceremonial/State functions etc. if the awardees so desire. The names of the awardees are published in the Gazette of India on the day of the presentation ceremony.

The total number of awards to be given in a year (excluding posthumous awards and to NRI/foreigners/OCIs) should not be more than 120.

The award does not amount to a title and cannot be used as a suffix or prefix to the awardees’ name.

All nominations received for Padma Awards are placed before the Padma Awards Committee, which is constituted by the Prime Minister every year.

The Padma Awards Committee is headed by the Cabinet Secretary and includes Home Secretary, Secretary to the President, and four to six eminent persons as members.

The recommendations of the committee are submitted to the Prime Minister and the President of India for approval.

This year the President has approved the conferment of 128 Padma Awards. This comprises of 4 Padma Vibhushan, 17 Padma Bhushan, and 107 Padma Shri Awards. There are 13 Posthumous awardees on the list.

General Bipin Rawat, first Chief of Defence Staff who died in an air crash recently, and former Uttar Pradesh Chief Minister Kalyan Singh who headed the State during the Babri masjid demolition were conferred with Padma Vibushan posthumously on the eve of the 73rd Republic Day.

Previous UPSC Question from the topic