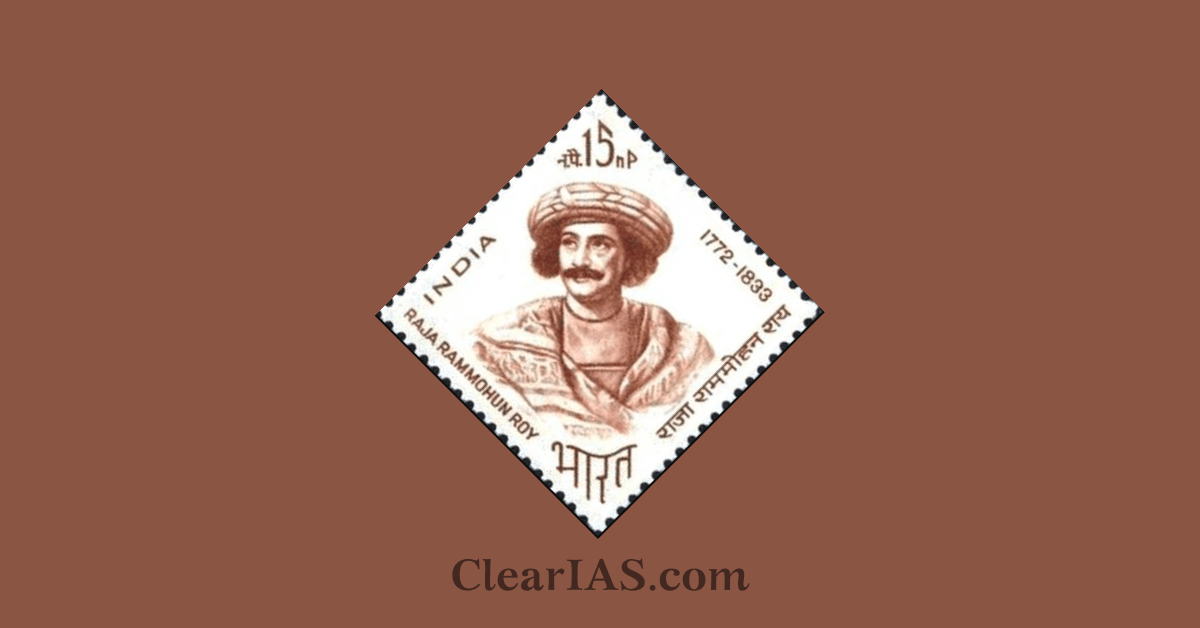 Raja Ram Mohan Roy was a great social reformer, a thinker, an educator, a journalist, and a visionary. 2022 marks his 250th birth anniversary. Read here to know more about his life.

Raja Ram Mohan Roy was remembered as the father of the modern Indian renaissance as he was one of the first liberals in India. He confidently portrayed the strength of his heritage while openly imbibing good practices from other cultures as well.

He was one of the most influential social and religious reformers of the 19th century, who worked in the sphere of women’s emancipation, modernizing education and seeking changes to religious orthodoxy.

Ram Mohan Roy was born on May 22, 1772, in the then Bengal Presidency’s Radhanagar in Hooghly district. His parents were Ramakanta Roy and Tarini Devi.

His early education included the study of Persian and Arabic at Patna where he read the Quran, the works of Sufi mystic poets, and the Arabic translation of the works of Plato and Aristotle. In Benaras, he studiedSanskrit, Vedas, and Upanishads.

The Persian and Arabic studies influenced his thinking about One God more than studies of European deism in later times.

At the age of sixteen, he wrote a rational critique of Hindu idol worship.

From 1803 to 1814, he worked for East India Company as a private clerk. In 1814, he resigned from the job and moved to Calcutta to devote his life to religious, social, and political reforms.

He published his first work “Tuhfat-ul-Muwahhiddin” in 1803 exposing the irrational religious beliefs and corrupt practices of the Hindus.

In 1814, he started Atmiya Sabha (Society of Friends), a philosophical discussion circle in Calcutta to propagate the monotheistic ideals of the Vedanta and to campaign against idolatry, caste rigidities, meaningless rituals, and other social ills.

Ram Mohan Roy was one of the first to try to estimate the economic drain of India by the Britishers.

Ram Mohan Roy lashed out against the corrupt practices in Hinduism like sati, polygamy, child marriage, and dowry. He also targeted the Christian missionaries against Trinitarian Christianity while supporting the Unitarian faction of Christianity.

Brahmo Samaj believes that the most fundamental doctrines of Brahmoism are at the basis of every religion followed by a man.

1830: He went to England as an envoy of the Mughal Emperor, Akbar Shah II, who invested him with the title of ‘Raja’ to the court of King William IV.

Roy founded the Atmiya Sabha and the Unitarian Community to fight the social evils, and propagate social and educational reforms in India.

He fought against superstitions and was a pioneer in Indian education, and a trendsetter in Bengali Prose and Indian press.

Roy believed education to be an implement for social reform.

He supported the induction of western learning into Indian education as he set up the Vedanta College, offering courses as a synthesis of Western and Indian learning.

His most popular journal, the Sambad Kaumudi covered topics like freedom of the press, induction of Indians into high ranks of service, and separation of the executive and judiciary.

Ram Mohan Roy vehemently protested against the muzzling of the Indian press by the British during 1829-30.

He died of meningitis on 27 September 1833 in England. He has mausoleum at Arnos Vale Cemetery is Brisinton, East Bristol.

Raja Ram Mohan Roy was a great social reformer, a thinker, an educator, a journalist, a visionary. Brahmo Samaj led to the beginning of Bengal’s Renaissance period, which transformed religious, social, political, and educational values among the Brahmin community.

Raja Ram Mohan Roy believed in introducing English education curricula in India, including Maths, Science, Physics, Botany, etc. Hindu College paved the way for learning from both the west and the east, later becoming one of the best institutions in India.

In 2004, Raja Ram Mohan Roy was ranked number 10 in BBC’s poll of the ‘Greatest Bengali of All Time’. He is considered to be the “Father of the Bengal Renaissance” by many historians.