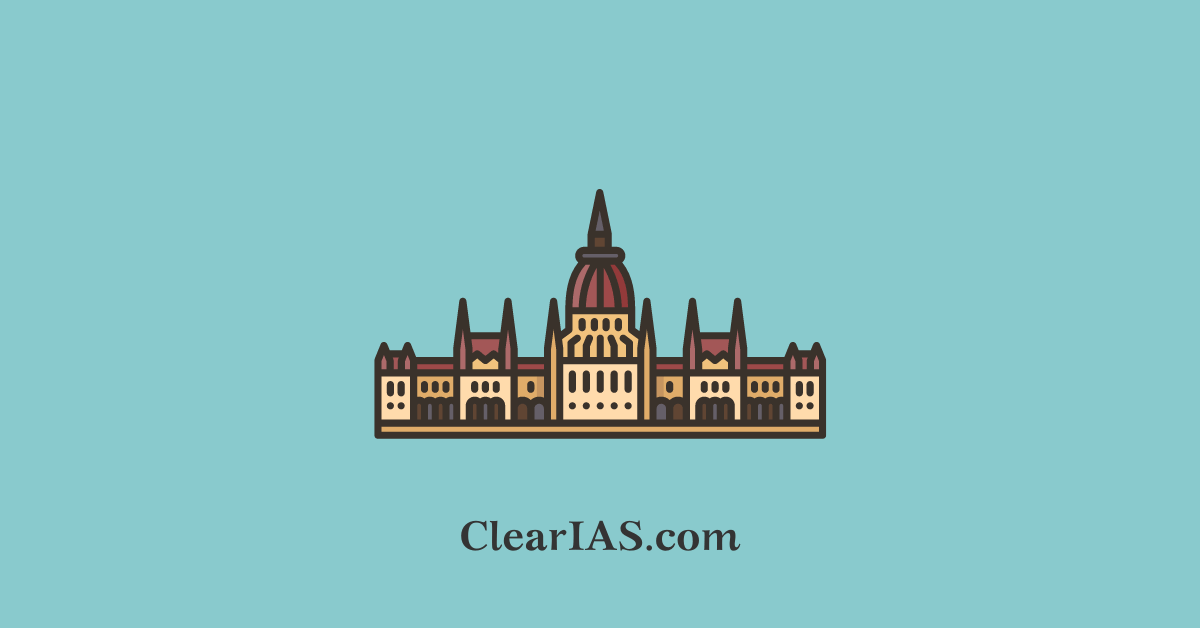 What is the composition of the Rajya Sabha? What do you mean by a system of proportional representation? Read further to know more.

Rajya Sabha i.e., the Upper House (Second Chamber or House of Elders) is also known as the Council of States.

Under the Constitution, the Parliament of India consists of the President and two houses i.e., the Council of States (Rajya Sabha) and the House of the People (Lok Sabha).

Even though the President does not sit in Parliament, he is a part of the Legislature as a bill cannot become a law without President’s assent.

The fourth schedule of the Constitution deals with the allocation of seats in the Rajya Sabha to the states and Union Territories.

The maximum strength of the Council of States shall not be more than 250 members.

Out of all 238 are representatives of the State and Union Territories elected by the method of indirect election and 12 are nominated by the President (Article 80).

The constitution adopted the principle of nomination for giving distinguished persons a place in the upper chamber without going through the process of election. The 12 members nominated by the President must be chosen from the persons having ‘Special Knowledge or practical experience in Literature, Science, Art, and Social Service’.

The representative of each state in the Rajya Sabha are elected by the elected members of the legislative assembly of the States. The election is held in accordance with the system of proportional representation by means of a single transferable vote.

The seat allocation in Rajya Sabha is on the basis of population, hence, the number of representatives varies from state to state.

The representation of the Union Territories shall be chosen in such manner as Parliament may prescribe [Article 80(5)]. Under this power, Parliament has prescribed that the representative of each Union Territory in the Rajya Sabha is indirectly elected by the members of the electoral college specially constituted for this purpose.

This election is also held in accordance with the system of Proportional Representation by means of a Single Transferable Vote.

Out of 8 Union Territories, only Delhi, Puducherry, and Jammu & Kashmir have representation in Rajya Sabha.

While the system of Separate Electorates was abandoned by the constitution, the system of proportional representation was partially adopted for the second chamber in the Union and State Legislatures.

The proportional Representation system is of two types, namely:

In India, the first kind i.e., Single Transferable Vote System is adopted for the election of members of the Rajya Sabha.

Election to the Rajya Sabha

The representatives of the States and of the Union Territories in the Rajya Sabha are elected by the method of indirect election.

The representatives of each State and two Union territories are elected by the elected members of the Legislative Assembly of that State and by the members of the Electoral College for that Union Territory, as the case may be, in accordance with the system of proportional representation by means of the single transferable vote.

Read to know more about the election to the Rajya Sabha.

The Council of States which was first constituted in 1952, is not subject to dissolution. It is a permanent body but one-third of its members retire on the expiration of every second year, in accordance with the provisions made by the Parliament on this behalf.

The order of retirement of members of the Rajya Sabha is governed by the Council of States (Terms of Office of Members) Order, 1952, made by the President in accordance with the power conferred upon him by the Representation of the People Act, 1951.

So, according to the Representation of People Act, 1951, the term of office of a member of the Rajya Sabha shall be six years.

The Rajya Sabha has been given four exclusive or special powers over Lok Sabha that are not enjoyed by the Lok Sabha:

Article 249: Rajya Sabha can authorize the Parliament to make a law on a subject enumerated in the State List.

Article 312: Rajya Sabha can authorize the Parliament to create new All-India Services common to both the Centre and states.

Articles 352, 356, and 360: If a proclamation is issued by the President for a national emergency or president’s rule or financial emergency at a time when the Lok Sabha has been dissolved or the dissolution of the Lok Sabha takes place within the period allowed for its approval, then the proclamation can remain effective even if it is approved by the Rajya Sabha alone.