Rare Earth Elements (REE) are metals having many similar properties. The global demand for rare earth elements has increased significantly in line with their expansion into high-end technology, environment, and economic areas. In this post, we see the importance of Rare Earth Elements and their strategic significance.

What is a Rare Earth Element (REE)? 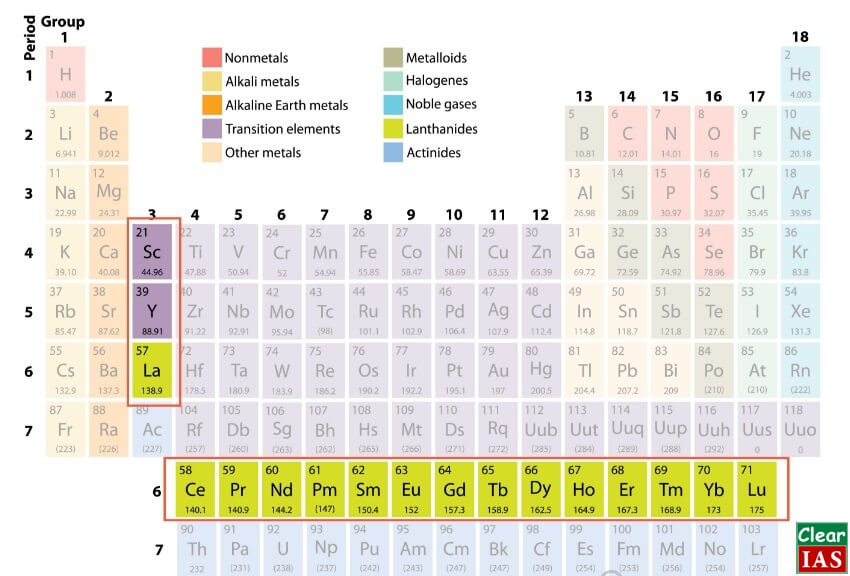 Why Scandium and Yttrium also included in the Rare Earth Elements (REE)?

Are rare earth materials rare as a natural resource? 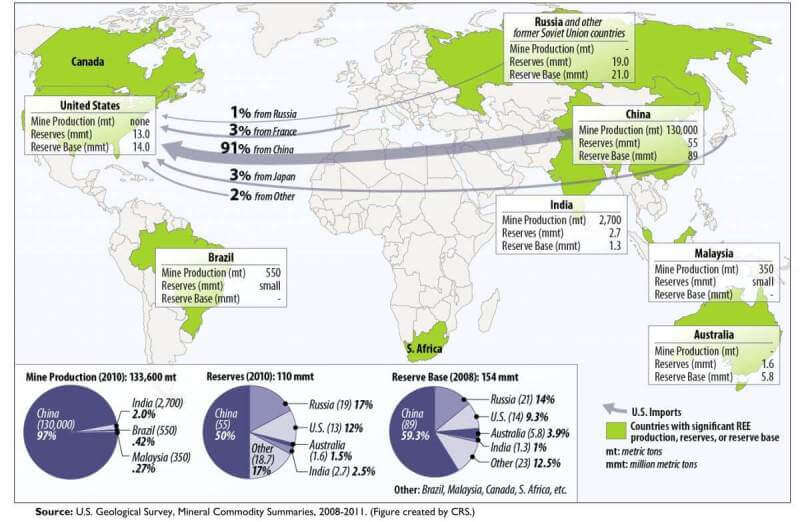 Why are they called as rare earth minerals?

What is the significance of Rare Earth Elements (REE)?

What are the uses of Rare Earth Metals (REMs) in Defense?

What is rare earth dilemma? 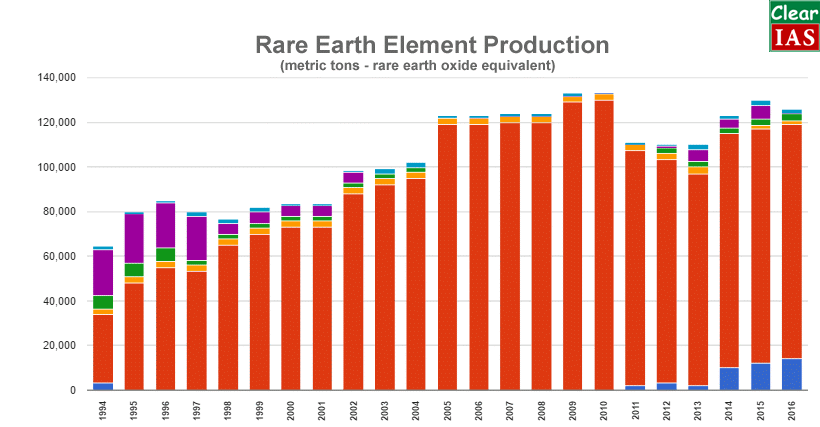 Analysis of supply demand of REE

What is the future use of Rare Earth Metals?

(1) Which of the following elements comes under rare earth metals?

Learning Zone: TheRare earth elements (REE) are a group of seventeen chemical elements that occur together in the periodic table, 15 lanthanides ( Z=57 through 71), Scandium and Yttrium.

Learning Zone: Many students may choose option b as the correct statement, however, it is not because, though REMs are called as rare earth oxides, They are not rare in quantity, in fact, some of them are very abundant in earth’s crust, for example, cerium is more abundant than copper and lead. However, their extraction is very difficult.