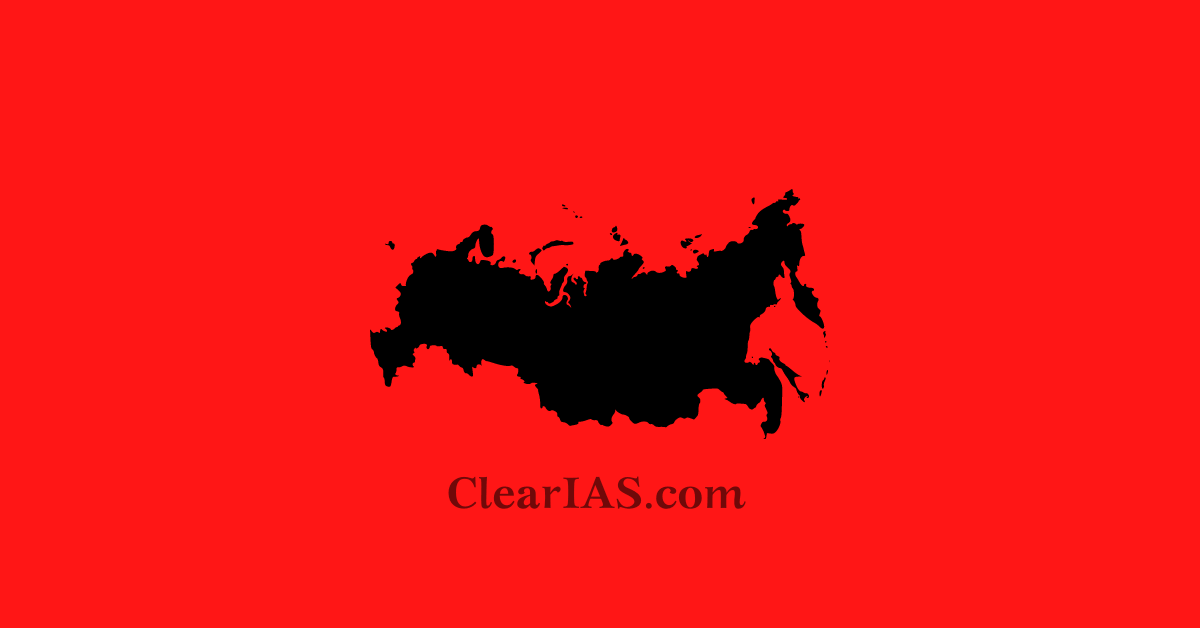 The Russian Revolution of 1917 was actually two revolutions. The first revolution in February overthrew the imperial government. The second revolution in October placed the Bolsheviks in power.

It was a period of political and social revolution that took place in the former Russian Empire and began during the First World War. It was one of the most significant events of the twentieth century that ended centuries of monarchy in Russia and brought forth the first constitutionally communist state in the world.

The Russia of this time was one of the most economically backward and least industrialized nations in Europe with a large population of peasants and a growing number of industrial workers. It was a place where serfdom (a system where landless peasants were forced to serve the land-owning nobility) was still practised, even though the practice had ended in most of Europe by the time of the Renaissance in the late 16th century. It was abolished in Russia in 1861 only.

Russia was being ruled by the imperial House of Romanovs from 1613 to 1917. The Tsar or czar was the head of the monarchy along with his wife the Tsarina.

What led to the Russian Revolution?

Russia was heading towards a full-scale revolution.

Centuries of unchallenged Russian expansion in Asia ended with an embarrassing defeat in the Russo-Japanese War (1904–05). This military defeat broke Russia’s dream of establishing dominance over the whole of Asia, and also contributed to a wave of domestic unrest leading to the Russian revolution of 1905.

During this time the industrial revolution also reached Russia doubling the population and workforce in the nation. It started putting a strain on the infrastructure of the cities leading to overcrowding and pollution. The result was a new level of destitution of the urban working class.

The population boom did not have the food supply to sustain it for a long time, as decades of economic mismanagement and costly wars lead to chronic shortages in the vast country.

Bloody Sunday Massacre: In protest of the poor conditions, the working class marched to the winter palace of Tsar Nicholas II. The Russian troops were given orders by the Tsar to not shoot, but the large scale crowd intimidated the troops and they opened fire killing and wounding hundreds of protestors. This came to be called the Bloody Sunday massacre.

The massacre sparked the Russian revolution of 1905, as angry workers responded with a series of crippling strikes throughout the country. The strikes further threatened Russia’s already fragile economy. Left with no choice, Nicholas II agreed to implement reforms, which would be known as the October manifesto.

Though the autocracy became a constitutional monarchy, the Tsar had the final decision-making power which he misused. He repeatedly kept dismissing the Duma (Russian parliament) to delay reforms.

World War I and decline of the Russian empire:

Russia joined its Serbian, French, and British allies against the Central Powers of Austria, Germany, and Ottoman Turkey in August 1914 during World War I.

Russia had not modernized its army even after the defeat in Russo Japanese war, and as a result, the war proved disastrous for Russia. Its casualties were far more than any other nation in the war.

The Russians were not enthusiastic about the war and the tension grew further when Tsar Nicholas decided to personally command the Eastern front in the war, Tsarina Alexandra was in charge of the governance and her German heritage made her unpopular among the people.

Above all, she was greatly under the influence of the self-styled ‘holy man’ Grigori Rasputin. She dismissed elected officials on his advice and governance fell into disarray along with mounting war causalities.

Rasputin was murdered by the nobles in 1916, but people’s resentment against the monarchy was at its peak.

The women textile workers in Petrograd led a citywide strike followed by riots over shortages of bread and fuel. Nearly 200,000 workers swarmed the streets. At first, the soldiers obeyed orders to shoot the rioters but later sided with them. The soldiers fired at their commanding officers and joined the rebellion.

It forced Tsar Nicholas II to abdicate his throne. A year later revolutionaries executed Nicholas and his family. The Tsarist rule of the Romanovs, which spanned over three centuries, had finally collapsed.

The leaders of the Duma established a temporary government under Alexander Kerensky, who decided to continue with the war. This decision to continue with the war cost him support from the army as well as civilians. Meanwhile, the Social revolutionaries, competing for power, formed soviets i.e. the local councils which consisted of workers, peasants, and soldiers.

Various revolutionary movements grew in the Russian Society inspired the thoughts of Karl Marx. They had a belief that the industrial class of workers would overthrow the Tsar and then would form a dictatorship of the proletariat.

In 1903, the revolutionaries got split into two groups- Mensheviks and Bolsheviks.

The leader of the Bolsheviks was Vladimir Lenin. In the early 1900s, Lenin fled to Western Europe to avoid arrest by the Tsarist regime but maintained contact with other Bolsheviks.

Vladimir Lenin returned to Russia and led the communist revolutionaries to launch a coup against Kerensky’s government.

The new government under Lenin was composed of a council of soldiers, peasants, and workers. The Bolsheviks and their allies occupied key locations across St. Petersburg and Russia as a whole and soon formed a new government with Lenin as its head and renamed themselves as the ‘communist party’. Lenin became the dictator of the world’s first communist state.

Bolshevik government also decided to withdraw from the war.  In March 1918 Russia and Germany signed the Treaty of Brest-Litovsk in which Russia surrendered a large portion of its territory to Germany and its allies. The humiliating terms of this treaty caused widespread anger and objection to the policies of the Bolsheviks.

The opponents of the Bolsheviks formed the White army and a civil war was waged between them and the Red Army of the Bolsheviks. Several countries of the West including the United States sent military aid and forces to Russia to help the White Army. The civil war and the famine that followed claimed 15 million lives in a three-year struggle.

In the end, the Red Army of the Bolsheviks won and formed a stronger government and a superstate called the Soviet Union.

In March 1921, Lenin launched the New Economic Policy (NEP) in which he temporarily put aside his plan for a state-controlled economy and resorted to a small-scale version of capitalism.

Russia was a mixture of many nationalities and this was seen as an obstacle to national unity by the Communists. The Communist leaders also saw nationalism as a threat to unity and party loyalty.

In 1924, the Communists created a constitution based on socialist and democratic principles with the Communist Party holding all the power. The new policies and peace that followed helped USSR slowly recover and by 1928, the country’s farms and factories were producing as before World War I. The Soviet Union became a formidable player during the events of the Cold war in the coming decades.