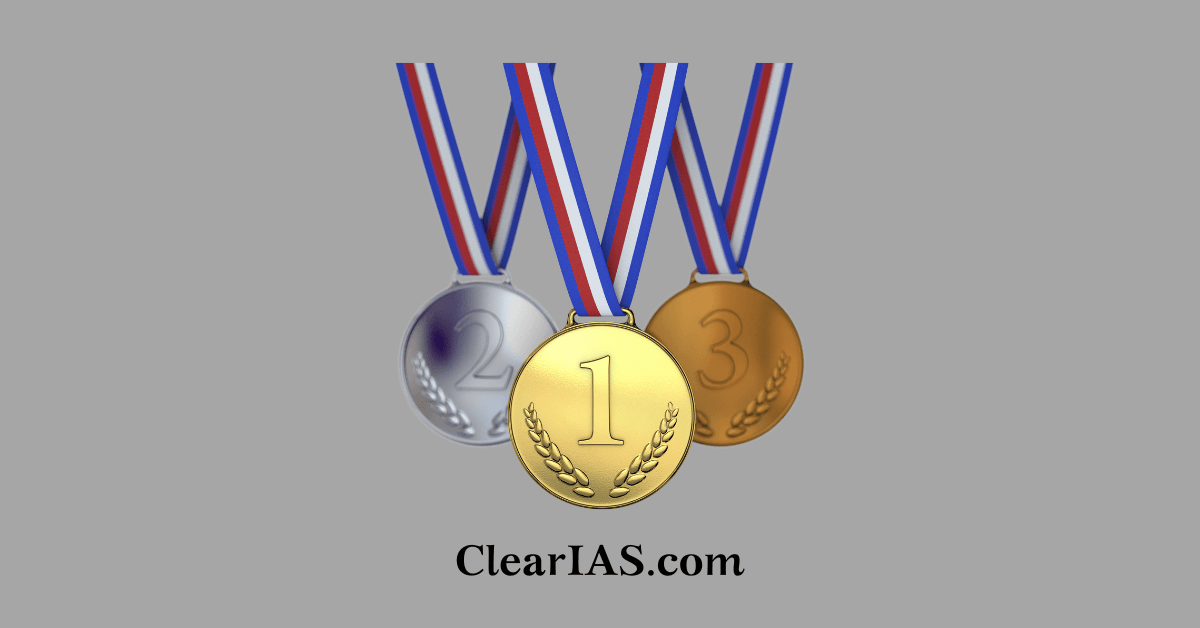 What is Target Olympics Podium Scheme (TOPS)? What are the benefits provided under the scheme? Read on, to learn more.

India is a lively nation with a history of strong sports fanaticism and fevered excitement.

Yet, when it comes to Olympics, India’s performance is dismal.

The Ministry of Youth Affairs and Sports’ main initiative, the Target Olympic Podium Scheme, aims to support India’s finest athletes. The scheme aims to improve these athletes’ training so they can win Olympic medals. The Department of Sports is required by the Scheme to select individuals who have the potential to win medals at the Olympics. The Scheme’s goal is to sponsor a Developmental Group of Athletes who have a chance to win medals at the Olympic Games in Paris in 2024 and Los Angeles in 2028.

In September 2014, the Ministry of Youth Affairs and Sports (MYAS) launched the Target Olympics Podium Scheme (TOPS or TOP Scheme) in an effort to fulfill India’s aim of winning an Olympic medal at the 2016 (Rio) and 2020 (Tokyo) Olympics. A committee (TOPS Elite Athletes’ Identification Committee) was established to identify the elite athletes who could place on the Olympic podium in order to achieve the scheme’s goal. The Ministry of Youth Affairs & Sports is in charge of selecting TOPS members, with a focus on ensuring that “High-Priority” sports are represented (Archery, Badminton, Boxing Hockey, Shooting, and Wrestling).

MYAS will determine how many people will be on the committee in total. The TOPS constitution does not specify the committee’s minimum or a maximum number of members. Eminent athletes Pullela Gopichand, Rahul Dravid, Abhinav Bindra, and Manisha Malhotra, as well as sports administrators from the Sports Authority of India (SAI) and the MYAS [DG SAI and JS (Sports)], made up the first committee, which was established under the chairmanship of Shri. Anurag Thakur (MP).

The Mission Olympic Cell is a special organization established to support the athletes chosen under the TOP Scheme. The head of the MOC is the director general of the Sports Authority (DG, SAI). Along with other members, representatives from the relevant National Sports Federations (NSFs) and SAI Project Officers attend the Committee sessions. The MOC’s goal is to argue, go over, and choose the procedures and approaches that will best serve the athlete. The MOC also emphasizes the choice, rejection, and retention of athletes, coaches, and training facilities eligible for TOPS support. Below is a list of some of the MOC’s functions:

(a) To give the go-ahead for special programs for athletes selected under the TOP Scheme.

(b) To suggest financial payments for the personalized programs.

(c) To assist, track, and evaluate athletes’ development in accordance with their training regimens.

(d) To establish an ongoing reporting system for the athletes’ training regimen.

(e) To make decisions about sudden and unforeseen demands or needs of athletes.

(f) Maintain regular contact with the athletes to discuss their development, needs, and opinions.

(g) To assign any or all of the aforementioned tasks to the implementation partner agency.

(i)  To fulfil the media, sponsor, and commercial partner commitments required under the NSDF TOP Scheme.

Scheme of Assistance under TOPS

The primary goal of the Scheme is to give the athlete’s preparations more momentum than what is already scheduled under the Annual Calendar of Training and Competition (ACTC). The following are some of the things the chosen athletes may request help with under the Scheme:

(a) Tailored instruction from reputable coaches in facilities of the highest calibre.

b) Taking part in international competitions.

(b) Purchasing of machinery.

(d) The assistance of support personnel such as physiotherapists, sports psychologists, mental trainers, and physical trainers.

(e) Any further aid tailored to the sport discipline.