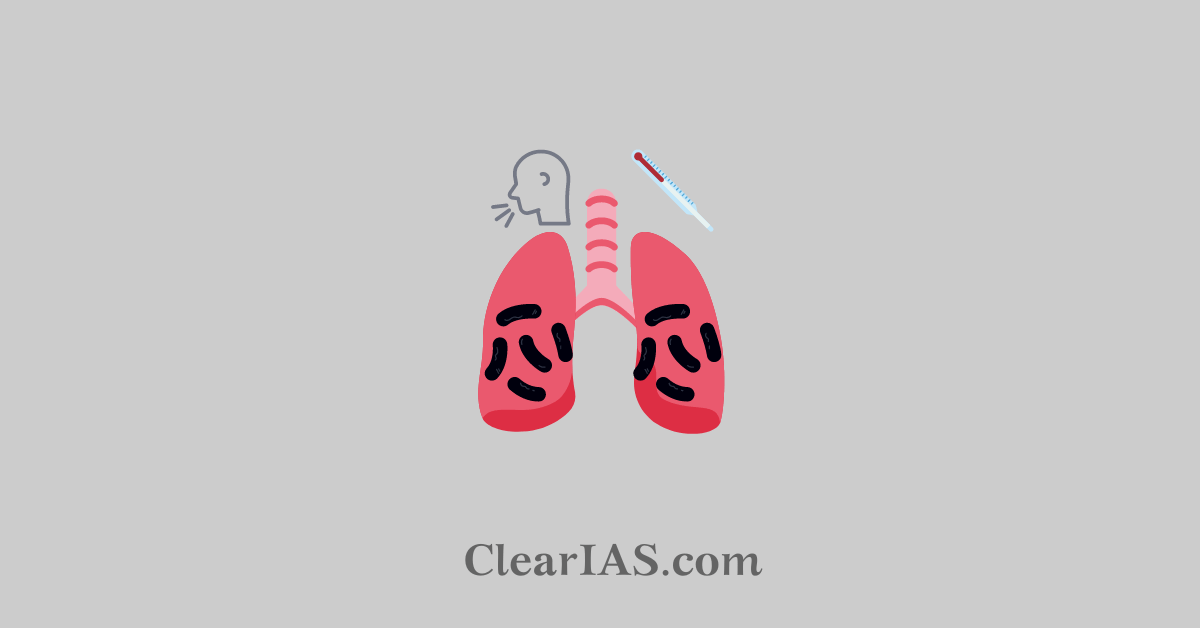 Hon’ble President of India, Smt. Draupadi Murmu virtually launched the Pradhan Mantri TB Mukt Bharat Abhiyaan on September 9th, 2022, to reinvigorate the mission of TB elimination from the country by 2025.

The Pradhan Mantri TB Mukt Bharat Abhiyaan has been envisioned to bring together all community stakeholders to support those on TB treatment and accelerate the country’s progress toward TB elimination.

It’s an initiative of the Ministry of Health and Family Welfare (MOHFW).

The aim is to accelerate the country’s progress towards TB elimination by 2025.

The Ni-kshay Mitra initiative was also launched which forms a vital component of the Abhiyaan.

Tuberculosis (TB) is an infectious disease caused by the bacteria Mycobacterium Tuberculosis.

It generally affects the lungs but can impact other parts of the body.

Latent TB is when the infections do not show any symptoms which is the case most of the time. Statistically, about 10% of the patients progress to active disease which may lead to death if left untreated.

TB is spread from person to person through the air which makes it highly contagious. But people with latent TB do not spread the disease.

Typical symptoms of active TB are a chronic cough with blood in mucus, fever, night sweats, and weight loss.

Treatment requires the use of antibiotics for a long period. This problem of antibiotic resistance is affecting the treatment as multiple drug-resistant TB (MDR-TB) is also on the rise.

Active TB is treated with combinations of antibiotics for a prolonged period to reduce the risk of antibiotic resistance.

Tuberculosis has been present in humans since ancient times. Earlier it was considered a very lethal disease with a high death rate with no treatment.

World Tuberculosis Day is marked on 24 March each year, the anniversary of Koch’s original scientific announcement.

In 2018, one-quarter of the world’s population was thought to have a latent infection of TB with new infections occurring in about 1% of the population each year.

By 2021 the number of new cases per year was decreasing by around 2% annually.

The WHO (World Health Organisation) has launched a joint initiative “Find. Treat. All. EndTB” with the Global Fund and Stop TB Partnership.

More than 26% of Global TB cases are from India. India experienced a 19% increase in TB cases in 2021 compared to the previous year.

The problem in India is the poor primary health care infrastructure which does not reach the weaker and backward sections of the society.

Initiatives by the government for TB eradication