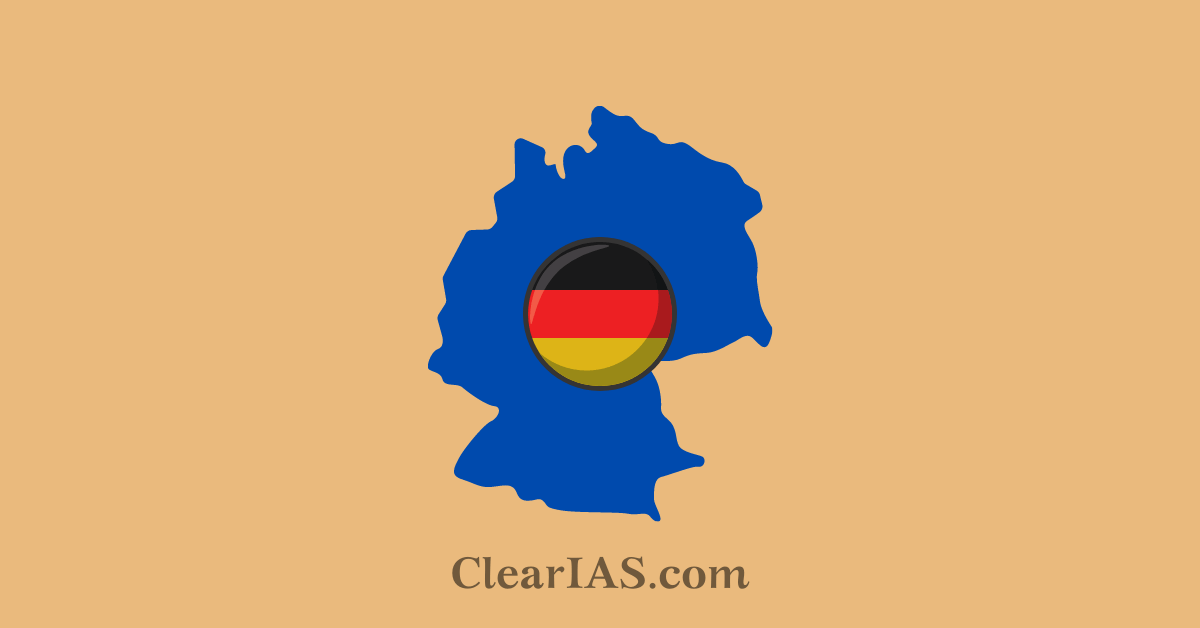 The unification of Germany was achieved at a crucial point in history when a great many changes were taking place. Read here to know more about the process.

The unification of Germany was announced on 18 January 1871 in the Hall of Mirrors at the Palace of Versailles in France.

The Princes of most of the German states gathered there to proclaim King Wilhelm I of Prussia as German Emperor during the Franco-Prussian War. This event would have had a major impact on European politics for decades.

It became the German empire dominated by Prussia with a federalist structure.

It came at the same time as the Unification of Italy in 1871.

History of Unification of Germany 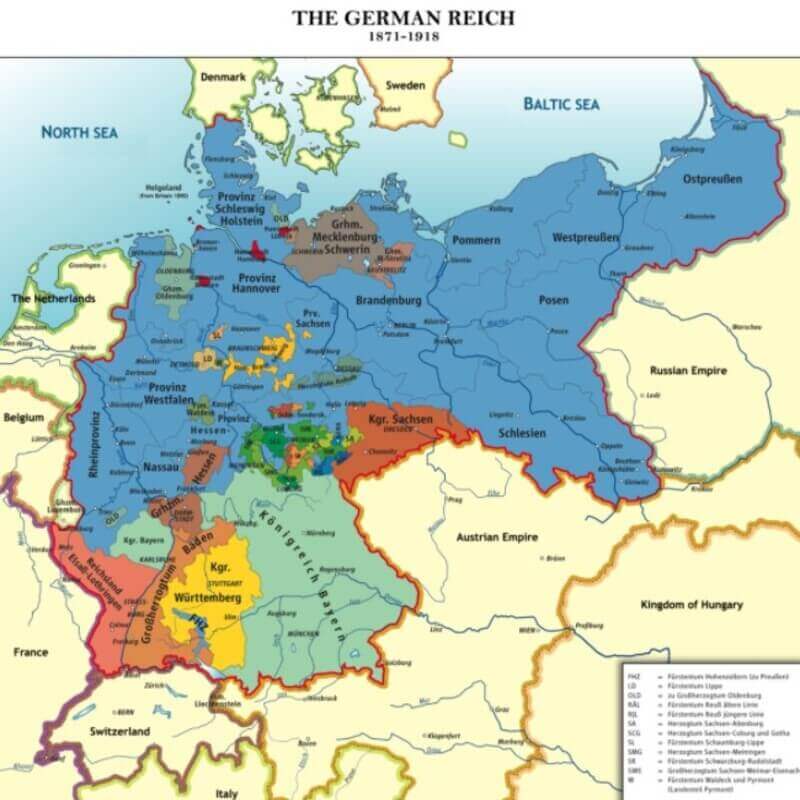 Germany was a confederation of German princedoms that came into existence through the treaty of Verdun in 843 CE.

Till about the 1800s, there was no emotion of German nationalism among the people. The princely states were autonomous and others were directly ruled by the Holy Roman emperor.

The system of having small states within the empire was called “practice of kleinstaaterei” or “practice of small states”. The onset of the Industrial Revolution improved transportation and communication, bringing far-flung regions in close contact with each other.

The Holy Roman Empire was dissolved in 1806 with the abdication of Emperor Francis II during the Napoleonic Wars. But the administrative disruption has little effect on German-speaking regions which were connected by the linguistic and cultural basis.

But the Napoleonic wars introduced liberal and nationalistic thoughts to the intellectuals and slowly the wave of nationalism began to spread.

After Napoleon’s defeat, the Congress of Vienna (1815) established a new European political-diplomatic system based on the balance of power.

During the early nineteenth century, Prussia and Austria were rivals; this is because Prussia was the only German state that could match the power and influence of the Austrian Empire.

Another institution key to unifying the German states, the Zollverein, helped to create a larger sense of economic unification in 1834.

Austria opposed the idea of German unification as it saw this as a threat to its own empire. But Austria eventually joined the Zollverein in 1853.

The Berlin Revolution of 1848

From 1830 to 1848, there was going on persistent agitation in the smallest States of Germany.

The object of the agitation was two-fold, viz., the unification of Germany and the establishment of constitutional and liberal governments in the States.

On 27 March 1849, the Frankfurt Parliament passed the Constitution of St. Paul’s Church) and offered the title of Kaiser (Emperor) to the Prussian king Frederick William IV.

The failure of the Frankfurt Parliament convinced the Germans that some other method had to be followed to bring about the unification of the country.

In the Seven Weeks War (1866) Prussia dealt a heavy blow to Austria and its German allies. So profound was the victory that it ended Austrian interference in German matters and allowed Prussia to lay the foundations of its own empire.

In 1868, Austria summoned a Congress of the German prince to consider proposals for the reform of the German Confederation, and Prussia was also invited.

If the move of Austria had been successful, the Austrian influence in Germany would have continued. Bismarck prevailed upon the King of Prussia not to attend the conference and the latter ended in failure.

France was ruled by Napoleon III, the nephew of Napoleon Bonaparte. Otto von Bismarck as the Prime Minister of Prussia provoked France to attack Prussia.

The resulting war would prove devastating for France with the most notable defeat being at Sedan in September 1870.

The Treaty of Frankfurt: As a result of the Franco-Prussian war, France lost the territory of Alsace-Lorraine on its border with Germany. It also had to pay Germany £200 million in compensation. A new imperial constitution was set up within the now unified German states, with William I as Emperor (Kaiser) and Prussia firmly in control.

Significance of Unification of Germany

The Unification of Germany was a watershed moment in European history. With the arrival of a new unified German nation onto European politics, the political scenario of the region was seeing a major change in balance, and other powers became cautious.

Unified Germany boasted of a powerful army and the fact that it successfully brought together a legion of quarreling states under one state in a short span of time.

The new German state expanded its reach to colonizing regions in Africa and Asia which brought it in conflict with other European powers.

The animosity between Germany, Britain, France, and Russia parked fires during the First world war which eventually ended the German Empire through the Treaty of Versailles (1919).