Dear aspirants, please find the UPSC Civil Services Exam (Mains) 2016 General Studies 1 (GS 1) Question Paper below. You can download the same as a PDF using the print-pdf button on the left/bottom. 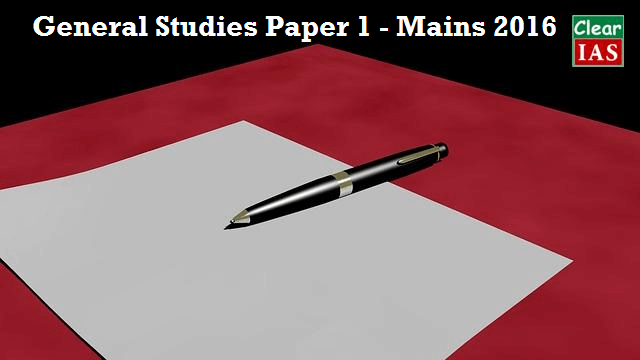 Quick Analysis of the Question Paper