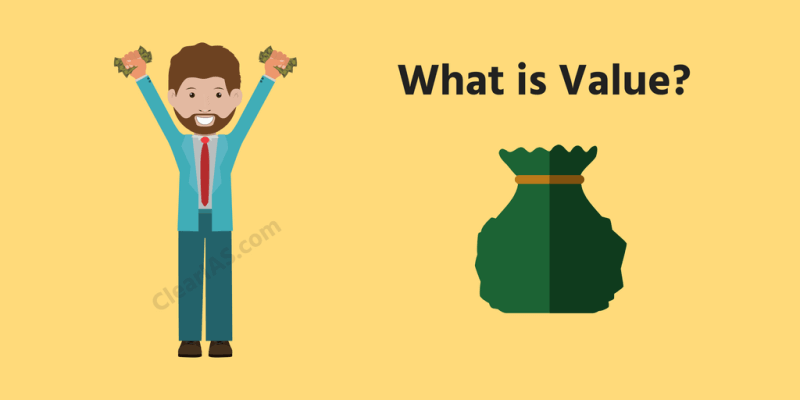 Values can be defined as those things that are valued by someone. In other words, values are what is considered ‘important‘ by an individual or an organization. Examples include courage, honesty, freedom, innovation etc.

Value = Degree of Importance of Something

Value denotes the degree of importance of something (or even an action).

Values help in determining what actions are best to do.

Values are ‘beliefs’ about ‘what is important’

Values are the beliefs of an individual or a social group about what is held important. That motivate people to act one way or another. “Equal rights for all”, “Merit above all else”, “Dignity of labour” etc are representatives of values.

Values have a major influence on a person’s behaviour and attitude.

Values (What is Important?) vs Ethics (What is Right?) 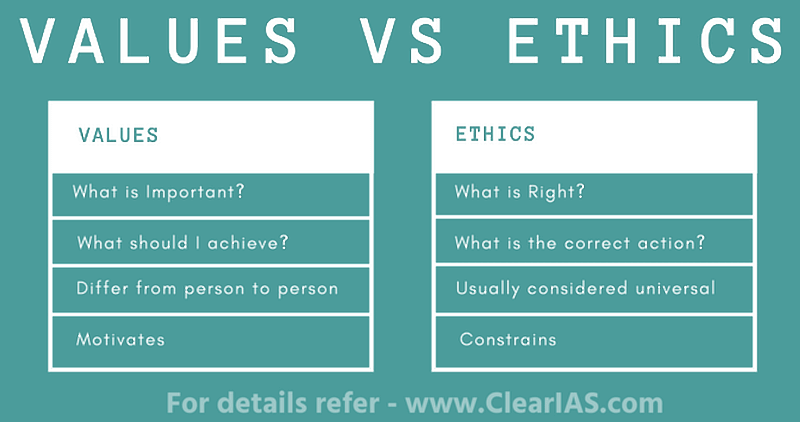 Values determine what is important.

Ethics determine what is right.

Values are ideals of someone (or a group) about what is good or bad (or desirable or undesirable).

Ethics is all about reasoning how to do the right action. (Don’t miss our article on the dimensions of ethics)

The conflict between Values and Ethics

Generally, people are predisposed to adopt the values that they are raised with. People also tend to believe that those values are “right” because they are the values of their particular culture.

For example, if making money is a value cherished by a society (most societies cherish that value!), and if the society is not that bothered about how that money is made, that can lead to unethical practices.

Ethical decision-making often involves weighing values against each other and choosing which values to elevate.

A conflict between Values: Value ‘A’ vs Value ‘B’

Conflicts can also result when people have different values, leading to a clash of preferences and priorities.

Can you think of an example?

What if a person values honesty as his core ideal, while the other person values efficiency as the priority? Is there a chance of conflict?

Values vary among Individuals and Cultures, and Time

Just like morals, values also vary among individuals and across cultures and time.

For example, for some people, their nation’s flag may represent a sacred value. But for others, the flag may just be a piece of cloth.

We know that honesty, goodness, humility etc values. They form a group of values called Moral Values. There are other types of values as well – like Genious, Beauty, Power etc. However, moral values are rated highest among all natural values.

Values can be classified as:

Note: A coordinated and balanced pursuit of both self-serving and other serving values will lead to a positive and fulfilling life.

Lessons from the lives and teachings of great leaders, reformers and administrators 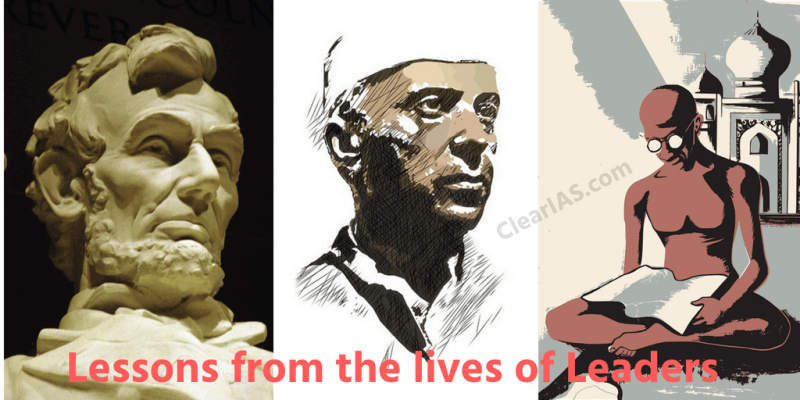 We are fortunate to have many great leaders, reformers, and administrators who cherished noble values and ethics. They not only lived an ethical life but also taught many human values.

Let’s have a quick look at the lessons from the lives of eminent persons. We shall deal with each of them in detail in the next posts.

Role of family, society and educational institutions in inculcating values Now, we are living in an age where people don’t have the right values or ethics. Family, society, and educational institutions can play a great role in inculcating values to the new generation.

Role of Family in inculcating values

The family is the earliest and without question the most influential agent of socialization. Socialization via the family goes from cradle to grave. The father, mother, siblings, and grandparents become the immediate agents of socialization.

Children pick up behavioural traits from all those who are in his/her immediate environment. Values are imbibed by children by observing what parents do (and not just what parents say).

The power of the family is strongest during infancy and toddler years. During the teenage, the influence of peer group and media usually overshadows the power of the family. However, the family returns as a predominant agent of socialization during the adult years with the roles of marital partner and parents becoming prominent.

There can be differences in values between family to family based on their socio-economic statuses.

Schools and Colleges are important agencies in the process of socialization and thus can help a lot in inculcating values.

Role of Society in inculcating values

Society can also inculcate a lot of values in people. The elements of the society who have great influence in people include: