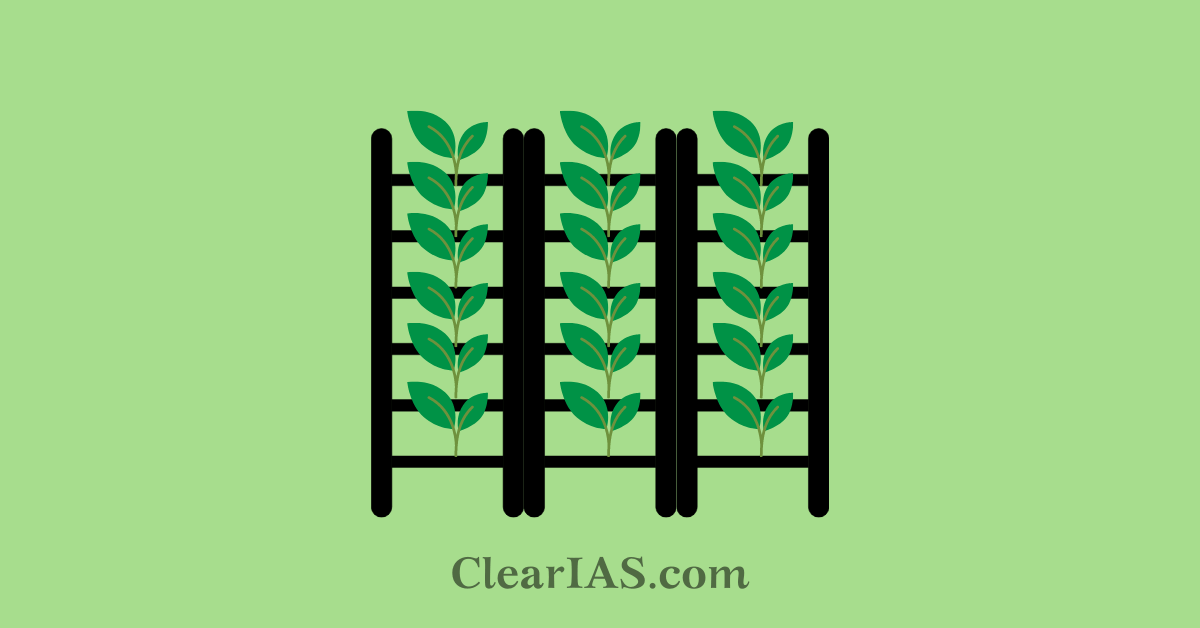 Indian agriculture is evolving every day towards sustainable farming practices. With increasing industrialization and population, the availability of arable lands for agriculture is getting lesser.

In such a situation, new and innovative farming practices are to be used such as zero budget natural farming and vertical farming which have been gaining popularity in the past decade.

Gilbert Ellis Bailey coined the term vertical farming in 1915 and also wrote a book of the same name.

The modern concept was first proposed in 1999 by Professor Dickson Despommier which was centered on the idea that urban areas should grow their food which can save time and resources required for transportation.

What is vertical farming?

In vertical farming, crops are grown indoors, under artificial conditions of light and temperature. It aims at higher productivity in smaller spaces.

Vertical farming is conceptualized as cultivating and producing crops or plants in vertically stacked layers and vertically inclined surfaces.

It uses soil-less methods such as hydroponics, aquaponics, and aeroponics.

Being indoors, the crops aren’t subject to seasons and hence give high productivity year-round.

Lettuces, tomatoes, and green crops can be produced through this practice.

Advantages and disadvantages of vertical farming

Vertical Farming has several advantages, which make it promising for the future of agriculture.

However, vertical farming has its drawbacks.

There are three major soil-less methods of vertical farming- hydroponics, aeroponics, and aquaponics. 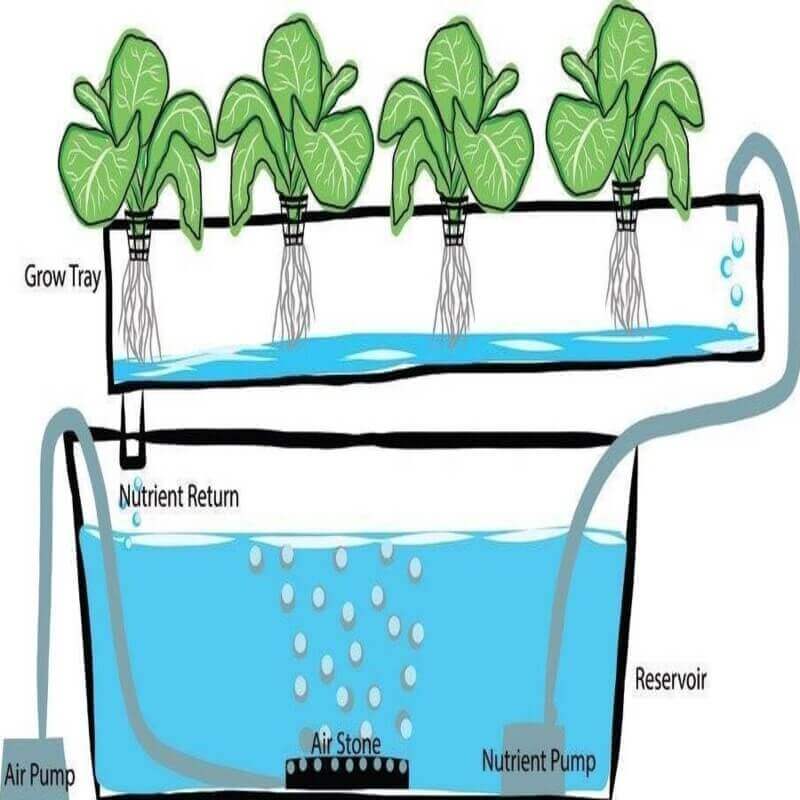 In the early 1930s, William Frederick Gerick pioneered hydroponics at the University of California at Berkley.

It is a method of growing food in water using mineral nutrient solutions without soil.

The basic advantage of this method is that it reduces soil-related cultivation problems like soil-borne insects, pests, and diseases.

A hydroponics system eliminates the need for soil by providing a nutrient-charged aqueous solution directly to the roots that keep the plant fed and hydrated, while supplemental lighting solutions mimic sunlight.

In a hydroponics growing system, plants are either suspended directly in the aqueous solution or grown in a soil-free medium such as coconut coir, rock wool, LECA, vermiculite, or perlite. The plant’s roots receive the nutrient solution in either an active system or a passive system. The invention of aeroponics was motivated by the initiative of NASA (the National Aeronautical and Space Administration, USA) to find an efficient way to grow plants in space in the 1990s.

Compared to regular hydroponic plants, the plants tend to grow faster and absorb more nutrients because the roots are exposed to more oxygen. Also, there are fewer threats of diseases around root zone disease because there’s no place for debris or pathogen to reside. The term aquaponics is coined by combining two words: aquaculture, which refers to fish farming, and hydroponics the technique of growing plants without soil, to create symbiotic relationships between the plants and the fish.

The symbiosis is achieved as nutrient-rich waste from fish tanks serves as “fertigate” to hydroponic production beds. In turn, the hydroponic beds also function as bio-filters that remove gases, acids, and chemicals, such as ammonia, nitrates, and phosphates, from the water.

Vertical farming practice is still in a nascent stage in India, but it needs to be encouraged more to ensure better food security with the increasing population. It can aid in tackling malnutrition and promises better food distribution.

A variety of stakeholders from household farmers and small- to large-scale farmers can be taught the specific knowledge and skills needed for safe, successful, and sustainable implementation.

The science of different vertical farming techniques can be taught at the school level itself, hence developing sustainable practitioners at a young age itself.