ClearIAS » Disaster Management Notes » Volcanoes: Everything You Need To Know

A volcano is an opening in the earth’s crust through which gases, molten rocks materials (lava), ash, steam etc. are emitted outward in the course of an eruption. Such vents or openings occur in those parts of the earth’s crust where the rock strata are relatively weak. Volcanic activity is an example of endogenic process. Depending upon the explosive nature of the volcano, different land forms can be formed such as a plateau (if the volcano is not explosive) or a mountain (if the volcano is explosive in nature).

Magma vs Lava: The difference

Volcanoes are classified on the basis of nature of eruption and the form developed at the surface.

Volcanoes can also be classified based on the frequency of eruption, mode of eruption and characteristic of lava. Cooling of the rock occurs at the surface of the earth.  E.g. Basalt, Andesite etc.

Cooling takes place in the crust and not over the surface. E.g. Granite, Gabbro, Diorite etc. Intrusive igneous rocks are classed into the following types according to their forms. Most of the volcanoes in the world are found in three well defined belts: 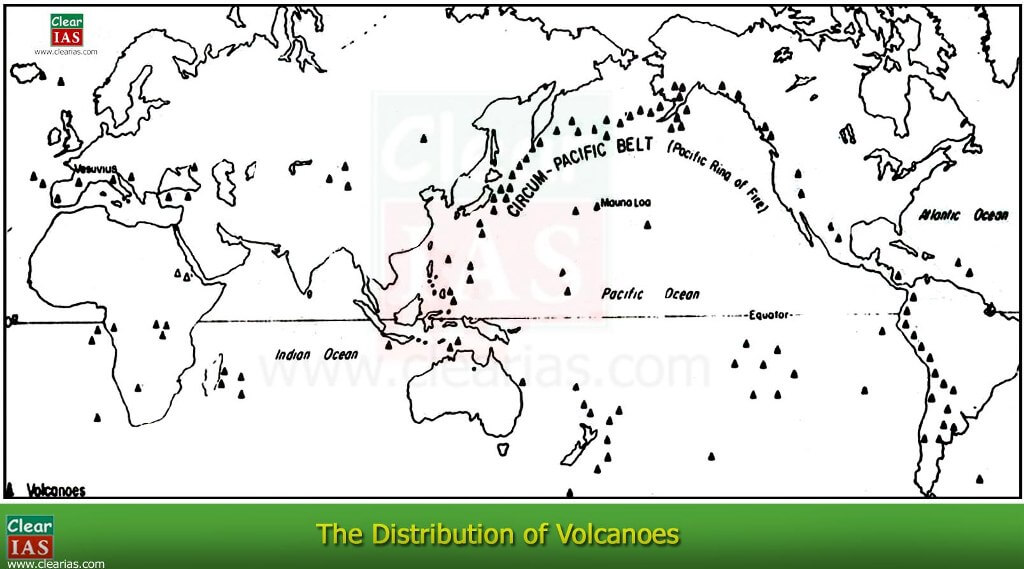 Volcanic Activity – Points to note down:

Next article in the series: Earthquakes: Everything You Need To Know.