ClearIAS » Environment Notes » Wetland: What are the Benefits of a Wetland? 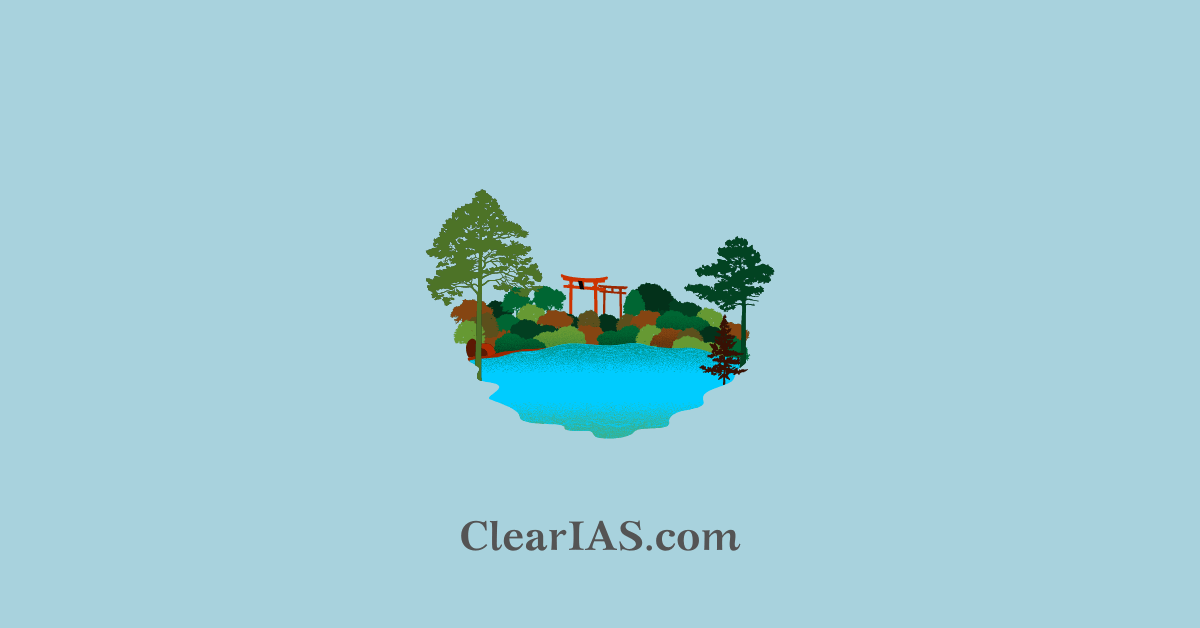 A wetland is a specific ecosystem that experiences seasonal or permanent flooding by water.

They are among the ecosystems with the greatest biological diversity since they are home to a variety and wide range of plants and animals.

On February 1, 1982, India ratified the “Convention on Wetlands,” commonly known as the “Ramsar Convention.”

Since then, it has selected 75 Ramsar sites totaling 13,26,677 hectares for inclusion on the List of Wetlands of International Importance. That makes India the top spot holder in South Asia and the third spot holder overall in Asia in terms of recognized sites.

A wetland is described as “areas of marsh, peatland, or water, whether natural or artificial, permanent or temporary, with water that is static or flowing, fresh, brackish, or salt, including areas of marine water the depth of which at low tides does not exceed six meters.” under the Ramsar Convention.

There are several different types of wetlands in India. This great diversity has been made possible by the wide variety of precipitation patterns, physiography, geomorphology, and climate.

Major types of wetlands are-

These wetlands were created with specific goals in mind, such as the storage of water for irrigation and drinking, fish production, or recreation. Some examples of man-made wetlands include dams, aquaculture ponds, and reservoirs.

A wide group of inland freshwater habitats, lakes, and ponds—also referred to as lentic systems, exist all over the world and offer vital resources and habitats for both terrestrial and aquatic species.

These are areas of land near rivers or streams that occasionally become submerged when water levels rise above the channel. The Yamuna floodplains are Delhi’s main water source.

Oxbows are formed when a river’s meander is blocked off by silt deposition or a river changes course, isolating a crescent-shaped body of water. There are many oxbows in the Ganga and Brahmaputra River basins. Ansupa is an oxbow in the Mahanadi Delta.

In these, herbaceous plants predominate, and water from sources other than direct rainfall, such as surface runoff, groundwater, or tidal flow, sustains them. In Bihar’s Burhi Gandak floodplains, there is a marsh called Kanwar Jheel (also known as Kabar Tal).

A coastal body of brackish water that is partially enclosed has one or more rivers or streams flowing into it, and has a free connection to the open sea is called an estuary. Estuaries serve as transitional areas between the habitats of rivers and the sea. A long sand berm divides the Chilika lagoon in Odisha from the Bay of Bengal.

Wetlands dominated by trees are called swamps. These have inadequate drainage, and an abundance of water to keep the ground soggy.  Mangroves are coastal swamps that make the country’s largest deltas. The largest single continuous mangrove swamp in the world is called Sunderbans, and it is extended over Bangladesh and India.

Under the provisions of the Environment (Protection) Act, 1986, the Ministry of Environment, Forest, and Climate Change (MoEF&CC) has notified the Wetlands (Conservation and Management) Rules, 2017 as the regulatory framework for the conservation and management of wetlands in India.

This is an important step toward preserving, managing, and maintaining the wetlands’ ecological identity without limiting their sensible use.

The 2017 Wetlands (Conservation and Management) Rules have improved the management of wetlands by shifting the responsibility from a central authority to state entities.

In order to assist State Governments and Union Territory (UT) Administrations in implementing the Rules, the Guidelines for the Rules have been developed.

They offer guidance on a number of different topics, including identifying wetlands for notification under the Rules, delineating wetlands, wetland complexes, and zones of influence, preparing a Brief Document, creating a list of activities to be regulated and permitted, and addressing the structure and operational issues of the Wetlands Authorities

The National Plan for Conservation of Aquatic Ecosystems (NPCA), which is being implemented by the Wetlands Division of the MoEFCC, is a centrally sponsored program for the conservation and management of wetlands in the nation on a cost-sharing basis between the Central Government and respective State/UT Governments.

The program aims to conserve and restore wetlands’ entirety in order to increase both biodiversity and ecosystems as well as water quality.

By supporting the creation and execution of integrated management plans, capacity building, and research, it seeks to encourage the mainstreaming of wetlands in developmental programming with States.

The approach of the program-