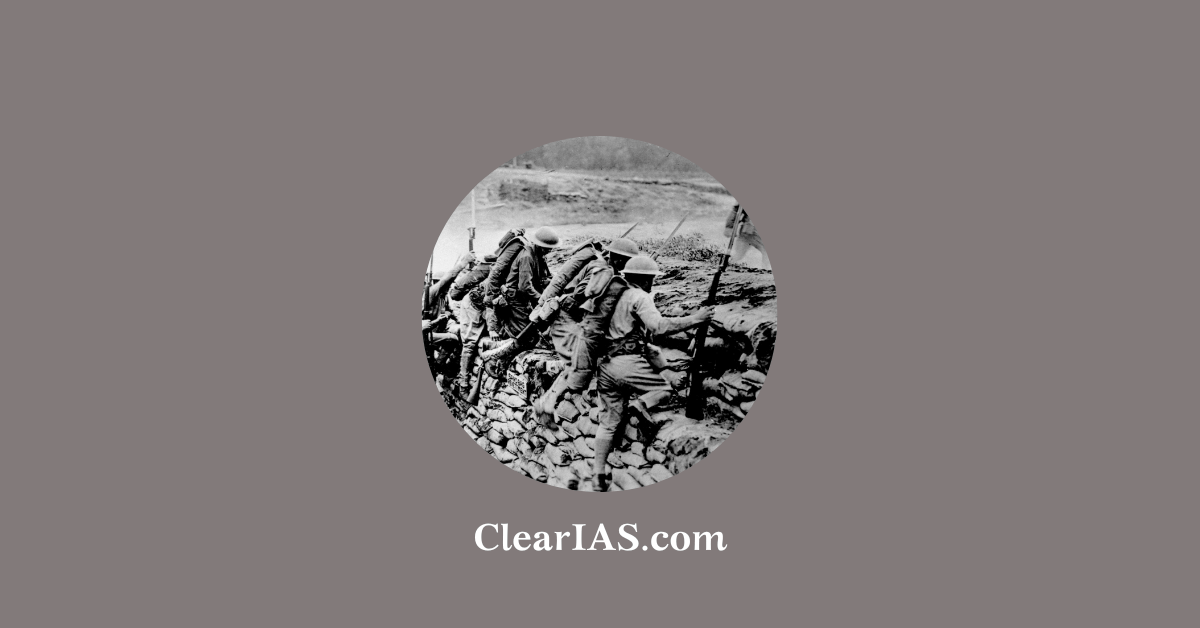 A world war is a conflict involving several of the most powerful and populous nations in the world. World wars involve numerous nations on several continents, and battles are fought in various geographic locations. To know more about world wars, read further.

The first major global conflict of the industrial age, World War I demonstrated the incredible fortitude, resiliency, and killing prowess of contemporary powers. The phrase “The Great War” was frequently used.

Nationalism and belief in the pre-existing social order were also at their highest during the war, beliefs that the war itself contributed to destroying and that the modern world finds extremely difficult to grasp.
On July 28, 1914, Austria-Hungary declared war on Serbia, sparking the start of this conflict. This seemingly little confrontation between the two nations grew out of control quickly. Germany, Russia, the United Kingdom, and France were soon entangled in the conflict, partly because of their participation in treaties that required them to defend specific other countries. quick opening of the western and eastern fronts along the borders of Germany and Austria-Hungary.

In the conflict, the Allies, namely France, Great Britain, Russia, Italy, Japan, and, starting in 1917, the United States, faced up against the Central Powers, primarily Germany, Austria-Hungary, and Turkey.
The Central Powers were defeated at its conclusion.
In terms of the amount of death, destruction, and carnage, the war was essentially unprecedented.
It culminated in the destabilization of European society, the fall of four powerful imperial dynasties (in Germany, Russia, Austria-Hungary, and Turkey), and the Bolshevik Revolution in Russia, all of which served as the catalyst for World War II.

Extreme political, cultural, and social transformation followed World War I in Europe, Asia, Africa, and even in regions that weren’t directly involved. Due to the war, four regions took on abnormal shapes, old countries were dissolved, new ones were created, borders were altered, international organizations were set up, and several new and old ideas firmly established themselves in people’s thoughts. Germany and the United Kingdom underwent a political transformation as a result of World War I, which gave these two European nations nearly universal suffrage and made them the first mass electoral democracies in history.

Read the article below to know more about World War 1 and its causes in detail.

The world’s most catastrophic battle had just occurred. This had an international influence. The world was engulfed in fire, which was not limited to Europe. It took place between 1939 and 1945.

From 1939 through 1945, almost the whole world was engaged in World War II, often known as the Second World War.
The main combatants were the Allies, which included France, Great Britain, the United States, the Soviet Union, and, to a lesser extent, China, and the Axis forces, which included Germany, Italy, and Japan.
After an uneasy 20-year respite, the war was in many ways a continuation of the World War I-era conflicts.It’s arguable that the most important part of the 20th century was the Second World War (Dennis Cove, 2002). When Nazi Germany invaded Poland on September 1, 1939, the European War officially began. It lasted until Japan, the final member of the Axis, formally surrendered on September 2, 1945. However, the war in Asia started earlier due to Japanese involvement in China, while the war in Europe concluded earlier due to Germany’s unconditional capitulation on May 8, 1945.

In addition to spilling over into Africa and the Americas, the conflict resulted in numerous significant naval engagements. It led to significant technological advances and created the groundwork for post-war social reforms like the end of European colonialism, the American civil rights movement, the modern women’s rights movement, and plans for space exploration.

The primary combatants were the Allied countries, commanded by Britain (and its Commonwealth members), the Union of Soviet Socialist Republics, and the United States of America, as well as the Axis nations (Nazi Germany, Fascist Italy, Imperial Japan, and their minor allies).

The major causes of World War II were as follows:

Newfoundland and Labrador had a number of quick and significant social changes as a result of the Second World War. The Commission of Government received an unanticipated amount of revenue through the creation of foreign bases, which it used to create social services. Health care, education, transportation, communication, and other areas also saw improvements.