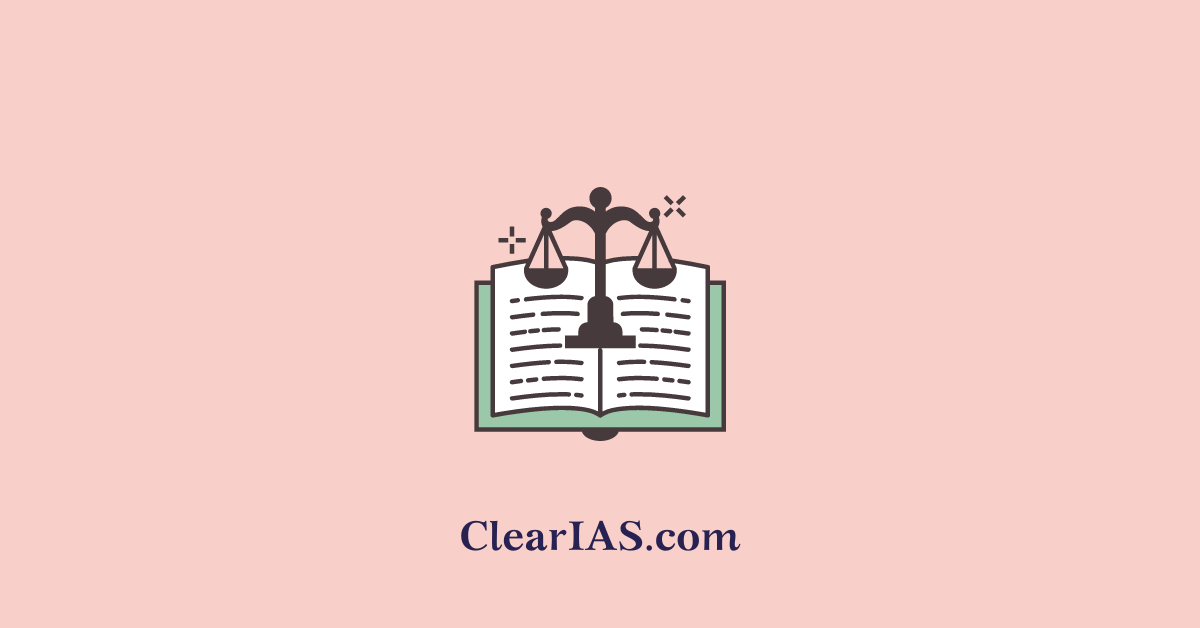 What do you understand by the Amendment or Amendment Procedure of the Indian Constitution? Who has the power to amend the constitution? Read on to learn more.

The drafters of the Constitution believed that it needed to reflect societal changes as well as the aspirations of the population.

They did not consider the constitution as a sacred, unchanging law. They, therefore, included provisions for occasionally incorporating modifications. These changes are called constitutional amendments.

However, the procedure of amendment laid in the Indian constitution is neither as easy as in Britain nor as difficult as in the USA.

Who has the Power to Amend the Constitution?

Article 368 in Part XX of the Indian Constitution deals with the power of the Parliament to amend the constitution and its procedure if requires.

So, the Parliament is empowered to amend or repeal any provision of the constitution in accordance with the procedure laid down for this purpose.

However, it was ruled by the Supreme Court in Kesavananda Bharati Case 1973 that the parliament cannot amend those provisions which form the “basic structure” of the Constitution.

It clearly means that the amendment of Indian Constitution is possible in three ways:

Procedure for Amendment as per Article 368

The procedure for amendment of the Indian Constitution as per Article 368 is as follows:

What is Simple Majority?

To understand the simple majority, let us consider a situation in Lok Sabha. On a particular day, out of the total strength of 545, 45 were absent and 100 abstained from voting on an issue. So only 400 members were present and voting. Then the simple majority is 50% of 400 plus 1, ie. 201.

Cases where the simple majority is used:

What is Special Majority?

The two most significant provisions that can be changed by a special majority are the Fundamental Rights and Directive Principles of State Policy (DPSP), however, any changes must stay within the constraints of the Basic Structure of the Constitution.

Special Majority as Per Article 249

Cases where special majority as per article 249 is used:

To pass the Rajya Sabha resolution to empower the parliament to make laws in the state list. (valid up to 1 year, but can be extended any number of times).

Special Majority as Per Article 368

Special majority as per article 368 requires a majority of 2/3rd members present and voting supported by more than 50% of the total strength of the house. This type of majority is used for most of the Constitutional amendment bills. To pass a constitution amendment bill in Rajya Sabha, in addition to getting the support of 123 members, the bill should be favoured by more than 2/3rd of the members present and voting.

Cases where special majority as per article 368 is used:

Special Majority as Per Article 368 Plus State Ratification

This type of special majority is required when a constitutional amendment bill tries to change the federal structure. Special majority as per article 368 plus state ratification requires a majority of 2/3rd members present and voting supported by more than 50% of the state legislatures by a simple majority.

Cases where special majority as per article 368 plus state ratification is used:

To pass a constitutional amendment bill which affects federalism like the position of High Court Judges.

Special Majority as Per Article 61

Cases where special majority as per article 61 is used:

For the impeachment of the Indian President.

Amendability of Fundamental Rights and Evolution of Basic Structure

The question of whether Fundamental Rights can be amended by the Parliament under 368 or not was the reason for the evolution of the basic structure. Important incidents related to this are:

Supreme Court ruled that the power of Parliament to amend the Constitution under Article 368 also includes the power to amend the Fundamental Rights.

The Parliament reacted to the Court’s judgement in the Golakhnath Case 1967. The act amended Articles 13 and 368 and declared that Parliament has the power to abridge or take away any of the Fundamental Rights under Article 368 and such an act will not be a law under the meaning of Article 13.

Supreme Court overruled its judgement made in Golakhnath Case and stated that the Parliament is empowered to take away any of the Fundamental Rights but at the same time it introduced a new doctrine of the “Basic Structure”. It ruled that the Power of Parliament under Article 368 does not enable it to alter the “Basic Structure/Feature” of the Constitution and declared Fundamental Rights, a basic structure of the Constitution.

The act amended article 368 and declared that there is no limitation on the constituent power of Parliament and no amendment can be questioned in any court.

In this case, Supreme Court invalidated the provision as it excludes judicial review which is a “basic feature” of the constitution.

Supreme Court further clarified that the doctrine of Basic Structure would apply to the constitutional amendment enacted after 24 April 1973 (i.e., after the date of the judgement of the Keshwanand Bharti case).

Important Amendments of the Indian Constitution

Here is a list of some major amendments to the Indian Constitution:

First Amendment (1951): This amendment protected the rights of property owners and made it more difficult for the government to enact land reform measures. It also added the Ninth Schedule, which protected certain laws from being challenged in the courts.

Fourth Amendment (1955): This amendment authorized the government to take over the management of “absentee landlord” estates, which were estates owned by landlords who did not live on or manage the land.

Seventh Amendment (1956): This amendment extended the powers of the government to acquire property for public purposes and to provide compensation to the owners.

Eleventh Amendment (1961): This amendment authorized the government to take over the management of “inam” lands, which were lands granted to individuals or institutions by the government.

Sixteenth Amendment (1966): This amendment authorized the government to levy taxes on agricultural income.

Eighteenth Amendment (1971): This amendment made significant changes to the Indian Constitution, including the creation of a new state (Meghalaya), the inclusion of a new language (Santali) in the Eighth Schedule, and the abolition of the privy purses of the former rulers of the princely states.

Twenty-fifth Amendment (1971): This amendment recognized the right to property as a legal right rather than a fundamental right.

Thirty-ninth Amendment (1975): This amendment protected the constitutional position of the state of Sikkim after it was merged with India.

Forty-second Amendment (1976): This amendment made a number of changes to the Indian Constitution, including the addition of the words “secular” and “socialist” to the Preamble and the insertion of the Fundamental Duties of citizens.

Forty-fourth Amendment (1978): This amendment reversed many of the changes made by the Forty-second Amendment and restored the rights and freedoms of citizens.

Fifty-second Amendment (1985): This amendment recognized the Scheduled Castes and Scheduled Tribes (Prevention of Atrocities) Act as a fundamental right.

Sixty-ninth Amendment (1991): This amendment recognized the capital city of Delhi as a Union Territory with a legislature.

Seventy-third Amendment (1992): This amendment recognized the right to panchayats (local self-governments) as a fundamental right and provided for the reservation of seats for Scheduled Castes and Scheduled Tribes in panchayats.

Seventy-fourth Amendment (1992): This amendment recognized the right to municipalities (local self-governments) as a fundamental right and provided for the reservation of seats for Scheduled Castes and Scheduled Tribes in municipalities.

Seventy-seventh Amendment (1995): This amendment provided for the reservation of seats for Scheduled Castes and Scheduled Tribes in posts in cooperative societies.

Ninety-third Amendment (2006): This amendment provided for the reservation of seats for Scheduled Castes and Scheduled Tribes in higher education institutions.

Ninety-fifth Amendment (2009): This amendment provided for the reservation of seats for Scheduled Castes and Scheduled Tribes in the promotion to government jobs.

One hundred and third Amendment (2019): This amendment provided for the reservation of seats for economically weaker sections of society in higher education institutions.