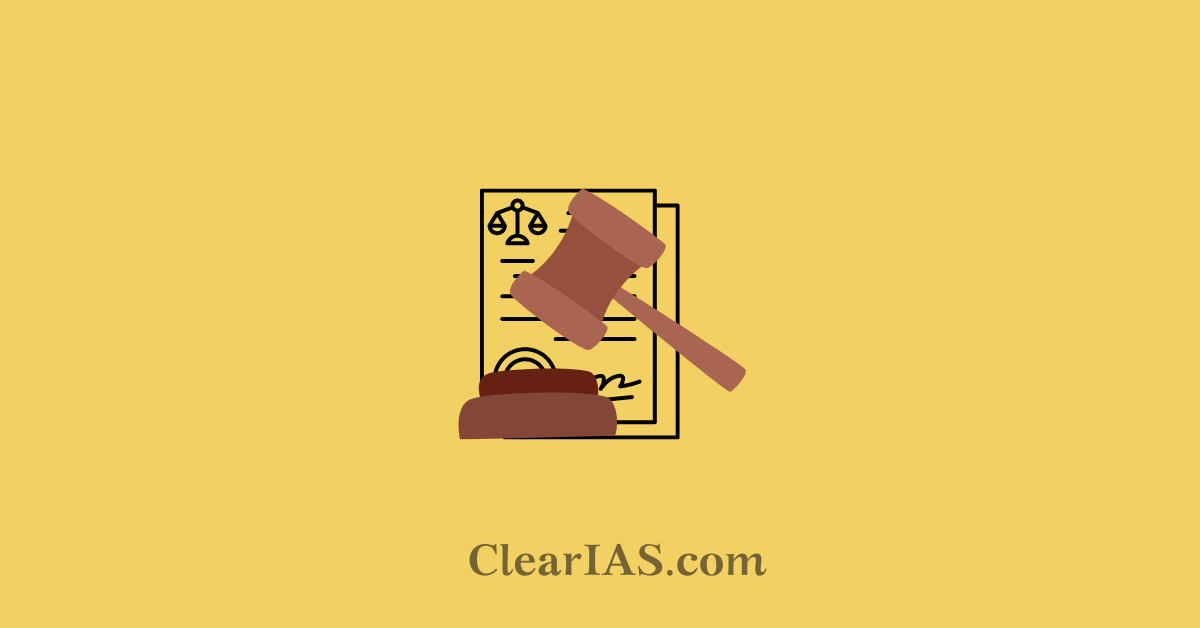 What is the first amendment act of 1951? What led to the 1st Constitutional Amendment? Read to know more.

The First Amendment was passed in 1951 by the Provisional Parliament, which was elected on a limited franchise.

Recently the  Supreme Court of India agreed to examine a PIL challenging changes made to the right to freedom of speech and expression by the first amendment act 1951. This has sparked a nationwide debate.

The petitioner contends that the First amendment damages the basic structure doctrine of the Constitution of India, impacting the freedom of speech and freedom to trade.

The petitioner has also claimed that the amendment also neglects national security by dropping the expression ‘tends to overthrow the State’, which raises grave concern in the context of the dangers posed to the concept of the secular democratic republic by radicalism, terrorism, and religious fundamentalism.

The Constitution (First Amendment) Act, 1951 is the official name of the amendment. Jawaharlal Nehru, who was India’s prime minister at the time, made the motion on May 10 of that year, and Parliament passed it on June 18 of the same year.

This Amendment established a precedent for rewriting the Constitution to override judicial decisions that prevented the government from carrying out its alleged obligations to specific policies and programs.

It gave ways to limit freedom of speech and expression, supported measures to abolish zamindari, and made it clear that the right to equality does not preclude passing laws that give “particular consideration” to society’s most vulnerable groups.

The Statement of Reasons (SOR) relating to the First Amendment said: “Challenges to agrarian laws or laws relating to land reform were pending in courts and were holding up large schemes of land legislation through dilatory and wasteful litigation.”

What led to the amendment?

When the government faced harsh press criticism in 1950 for its response to the refugee inflow in West Bengal and the extrajudicial killings of communist dissidents in Madras, the necessity to limit freedom of speech emerged.

The government suppressed the press, but the courts ruled that this was unconstitutional, compelling the government to find alternative solutions.

According to Article 31’s provisions, laws listed in the Ninth Schedule cannot be contested in court because they infringed upon citizens’ basic rights.

The State now has extensive authority to purchase estates or take over the operation of any corporation or property in the public interest under Article 31(A). It attempted to keep such purchases out of the purview of judicial review under Articles 14 and 19.

Misuse of the Ninth Schedule was widespread. More than 250 laws are listed in the ninth schedule, which shields them from judicial review.

Although the Supreme Court ruled in the Kesavananda Bharati case of 1973 that judicial review cannot be abolished as a fundamental structure, Articles 31(A), 31(B), and 31(C) preserved land reform laws and prioritized the application of the Directive Principles over individual liberty.

The Supreme Court has agreed to examine a PIL challenging changes made to the right to freedom of speech and expression by the first amendment to the Constitution in 1951, with the petitioner contending that the amendment damages the basic structure doctrine.

In his plea, the petitioner said:

The plea urged the court to declare Section 3 (1)(a) and 3 (2) of the First Amendment “beyond the amending power of Parliament” and void since the “same damage the basic or essential features of the Constitution and destroy its basic structure”.

The implications of the first amendment act 1951 have been a reason for numerous political debates on the relevancy and sanctity of democracy.

The ninth schedule has become controversial due to its absolute exemption from judicial scrutiny. This has led to the misuse of the laws several times.

Hence, it is a positive approach to revisit the amendment to rectify the shortcomings.