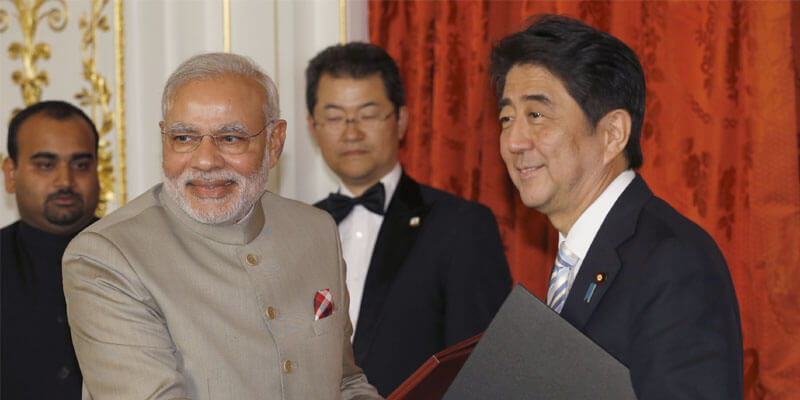 During Prime Minister Narendra Modi’s visit to Japan in 2016, both India and Japan sought to institutionalize socio-economic development of Asia and Africa. There, the idea of promoting a growth corridor was crystallized. Subsequently in 2017, at the African Development Bank meeting held in Gujarat, India unveiled the vision document of the Asia-Africa Growth Corridor (AAGC).

The joint declaration on AAGC is being seen as a masterstroke of geopolitics in this region, as it apparently counters China’s Belt and Road Initiative which India has blatantly snubbed owing to sovereignty issues.

What is Asia-Africa Growth Corridor (AAGC)?

The Asia-Africa Growth Corridor is an India-Japan economic cooperation agreement aimed at the socio-economic development of Asia and Africa.  The vision document for AAGC was released by India in the 2017 African Development Bank meeting.

The aim of the Asia-Africa Growth Corridor is to develop infrastructure and digital connectivity in Africa through Indo-Japan collaboration. It will envisage a people-centric sustainable growth strategy by engaging various stakeholders. The priority areas will be health and pharmaceuticals, agriculture and agro-processing, disaster management and skill enhancement.

The Asia-Africa Growth Corridor is to be based on four pillars:

Why is it important for Asia and Africa?

Opportunities are abundant in both the resilient economies of Asia and the rapidly growing African continent. Both regions have the advantage of young demography, and their social indicators are on an accelerating trajectory. There is an urgent need to explore the untapped potential of these regions.

The Asia-Africa Growth Corridor will be instrumental in creating new production channels, expanding and deepening the existing value chains, ensure economic and technical cooperation for enhancing capacities, facilitate a greater contact of peoples between the two continents, and achieve sustainable growth over the longer term. This project is responsive to the Sustainable Development Goals (SDGs) too.

What is the current role of India and Japan in Africa? 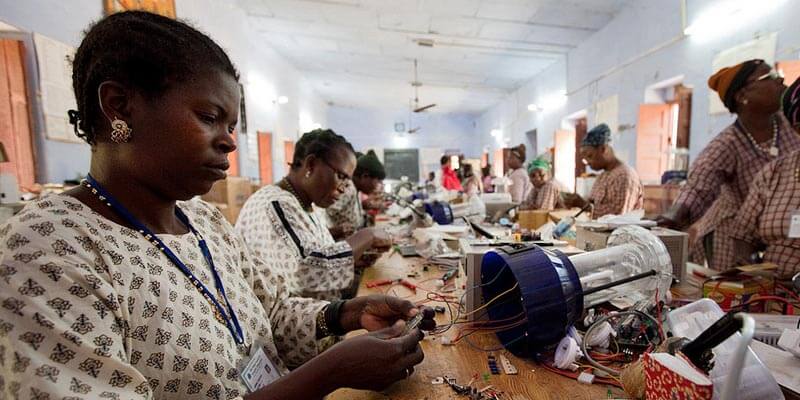 What is the common interests of India and Japan in Africa?

A Special Strategic and Global Partnership exist between India and Japan. Both nations have common interests in the region such as:

Hence, the Asia-Africa Growth Corridor is set to be a fine-tuned vision and agenda of both governments, aligning with their own development priorities.

What are the aspects on which the AAGC will deliberate?

The Asia-Africa Growth Corridor will deliberate on the following aspects:

What is the mode of infrastructure development in AAGC?

The Asia-Africa Growth Corridor would provide guaranteed quality infrastructure, both physical as well as institutional, that would connect people, towns, regions, and countries. There are five remarkable paradigms associated with AAGC:

What are the unique features that push the need for AAGC? What are the possible benefits of the Asia-Africa Growth Corridor?

AAGC and the China factor

The Asia-Africa Growth Corridor has been portrayed as a response to China’s Belt and Road Initiative (BRI). Maritime expert for Observer Researcher Foundation Abhijit Singh has made few observations:

China is paranoid with the “Malacca Dilemma” where it suspects that at the time of any crisis, the country’s main access to energy can be cut off by an enemy power via the narrow straits of Malaysia and Sumatra. Evidently, it is concerned about security issues and is adamant to find alternative routes (China Pakistan Economic Corridor serves that purpose partly).

76 years after attacking the US at Pearl Harbor following an oil and gas embargo, Japan also fears a sabre rattling neighbour controlling its access to trade and resources. For India, too, China’s decision to build an economic corridor with Pakistan through disputed Kashmir is symptomatic of a far greater Chinese revisionism and a break with the current rules-based system.

The Asia-Africa Growth Corridor provides a benevolent alternative to Belt and Road Initiative. Japan enjoys a greater trust in that region. Investing in strategic infrastructure projects such as ports, rails, and telecommunications would find receptive customers in countries seeking to minimize their dependence on individual trading partners. Its past experiences would allay the local perceptions of foreign control.

Matching Japan’s high skills and capital, India’s own size and experience with economic development has challenged it to pursue key technologies – be they in pharmacology or solar energy – on a mass scales. With close links in ASEAN, India is widely seen as a benevolent power and via its cultural and religious ties to diaspora populations, India has a strong advantage in promoting trade. 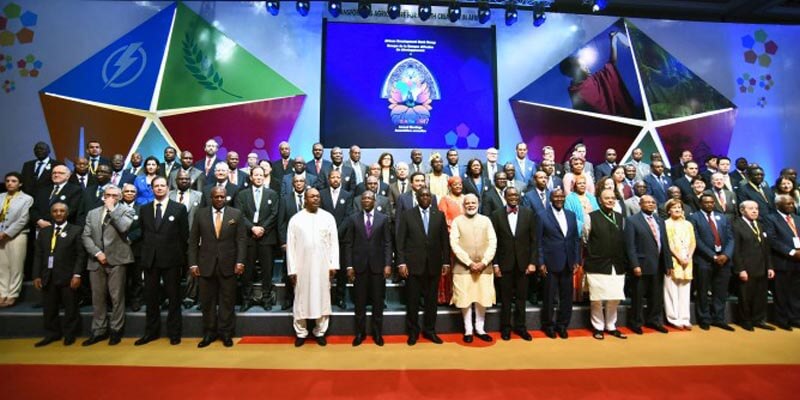 The Asia-Africa Growth Corridor Vision Study will use the Geographical Simulation Model (GSM) to bring out the economic gains for Africa through its integration with India, South Asia, South-East Asia, East Asia and Oceania. The AAGC is designed to be responsive to the needs of equitable and sustainable growth. Its development programmes and projects are based on equal partnership, mutual trust, and cooperation. AAGC aims for an open, inclusive, sustainable and innovative growth of the entire Asia Africa region, in cooperation with the international community.

ClearIAS can help you with our unique smart-work approach!