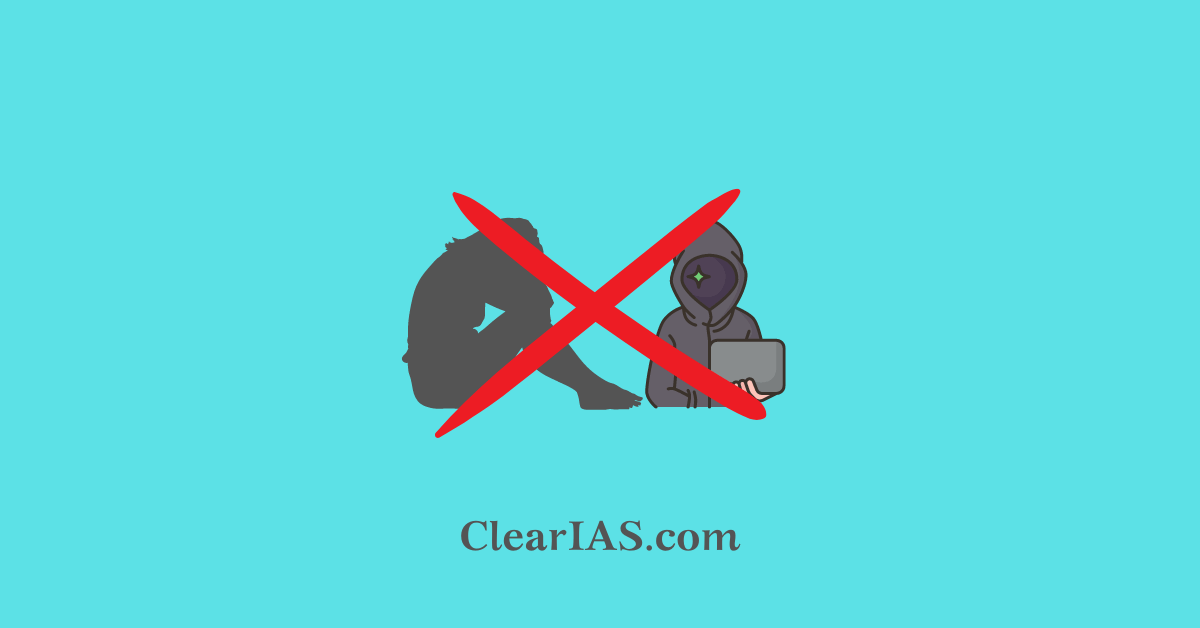 What is cybercrime and how the cybercrime against women have risen over the years? What are the reasons for an increase in cybercrime? Check all information in this article.

Citizens are becoming more empowered and experiencing a change in their lives as a result of the expansion of the internet and the products, services, and applications available on it.

Cybercrime is, however, also on the rise as a result of the expansion of the internet.

In India, Cybercrimes are covered by the Indian Penal Code, of 1860 and the Information Technology Act of 2000.

The issues related to Cybercrime and electronic commerce are mentioned in the Information Technology Act 2000 which got amended in 2008 and outlined the definition and punishment of cybercrime.

Cybercrime can therefore be characterized as a mix of technology and crime. Simply described, “any act or crime that involves the use of a computer” is a cybercrime.

Cybercrime refers to crimes committed online in which the offender is concealed behind a computer screen.

The most common cybercrimes committed against women are cyber blackmail, threats, cyberpornography, posting and publishing of obscene sexual content, stalking, bullying, defamation, morphing, and the establishment of fake profiles.

As of 2019, the total cybercrime incidents have gone up by 18.4% but the number of cybercrime cases against women has gone up by 28%, as shown by National Crime Record Bureau.

The conviction rate for cybercrime cases against women

NCRB Report on Cybercrime: All Forms of Cybercrime

States reporting a decline in cybercrime

As compared to 2019, eight among the 28 states recorded a decline in cybercrime incidents in 2021.

Among all states, Uttar Pradesh shows a decline of 22.7 percent in cybercrimes, whereas Karnataka shows a down of 32.3 percent.

Offenses under the IT Act 2000

The IT Act addresses offenses including tampering with computer source documents, which include-

Reason for increase in Cybercrime

There are several factors that are responsible for the rise in cybercrime.

Why are cases not being registered?

Most of the crimes go unreported because women do not have any idea how to proceed further or of shame or fear. The trend is now changing because of better understanding and awareness.

Measures Taken by the Government

According to the Seventh Schedule of the Indian Constitution, “Police” and “Public Order” are State subjects.

Through their Law Enforcement Agencies  (LEAs), states and UTs are largely in charge of the prevention, detection, investigation, and prosecution of crimes, including cybercrime. Law enforcement agencies (LEAs) prosecute offenders in accordance with the law’s provisions.

Whereas, the Central Government supports the efforts of the State Governments by providing guidance and financial support through various programs for their capacity building.

Ministry of Home Affairs has provided financial assistance to all the States & UTs to strengthen the mechanism to deal with cyber crimes under Cyber Crime Prevention against Women & Children (CCPWC) scheme.

The scheme is an effort to support the states in setting up cyber forensic-cum-training laboratories, training, and hiring junior cyber consultants.

Under the initiative, cyber forensic-cum-training laboratories have been established in 28 States.

The Central Government has taken action to increase public awareness of cybercrimes, including the issue of alerts and advisories, capacity building and training for law enforcement, prosecutors, and judicial officials, as well as the development of cyberforensic technologies.

To offer a framework and ecosystem for LEAs to deal with cybercrimes in a thorough and coordinated manner, the government established the Indian Cyber Crime Coordination Centre (I4C).

In order to address the issue of jurisdictional complexity, based on hotspots/areas for cybercrime, the I4C has established “Joint Cyber Coordination Teams” in Mewat, Jamtara, Ahmedabad, Hyderabad, Chandigarh, Vishakhapatnam, and Guwahati.

These teams are responsible for providing a strong coordination framework to the LEAs.

To enable the public to report occurrences pertaining to all sorts of cybercrimes, with a focus on cybercrimes against women and children, the government has developed the National Cyber Crime Reporting Portal (www.cybercrime.gov.in).

A module of the Citizen Financial Cyber Fraud Reporting and Management System has also been introduced to allow for the immediate reporting of financial frauds and to prevent money from being siphoned off by fraudsters.

Information technology solutions have opened the door to a new world of corporate networking, e-banking, and the internet, which are emerging as solutions to cut costs and transform complex economic matters into simpler, faster, more efficient, and time-saving methods of transactions. With the advent of such facilities cybercrimes, especially against women have risen. Numerous criminals, including hackers and crackers, have discovered ways to tamper with online accounts and have been effective in getting illegal access to users’ computers and stealing important data.

In conclusion, even though a society free from crime is merely a pipe dream, there should still be an ongoing effort to put laws in place that keep crime to a minimum. Legislators must take extraordinary measures to thwart impostors because criminality related to electronic law-breaking will inevitably increase, particularly in a society where technology is used more and more. Technology often has two sides and can be utilized for both good and bad purposes.

The legal system has approved a variety of legislation to address cybercrime against women. Rulers and lawmakers should continuously strive toward ensuring that technology advances in a healthy way and is used for legal and ethical economic growth rather than criminal activities.